College Then vs. Now: Why the Liberal Arts are Relevant Today 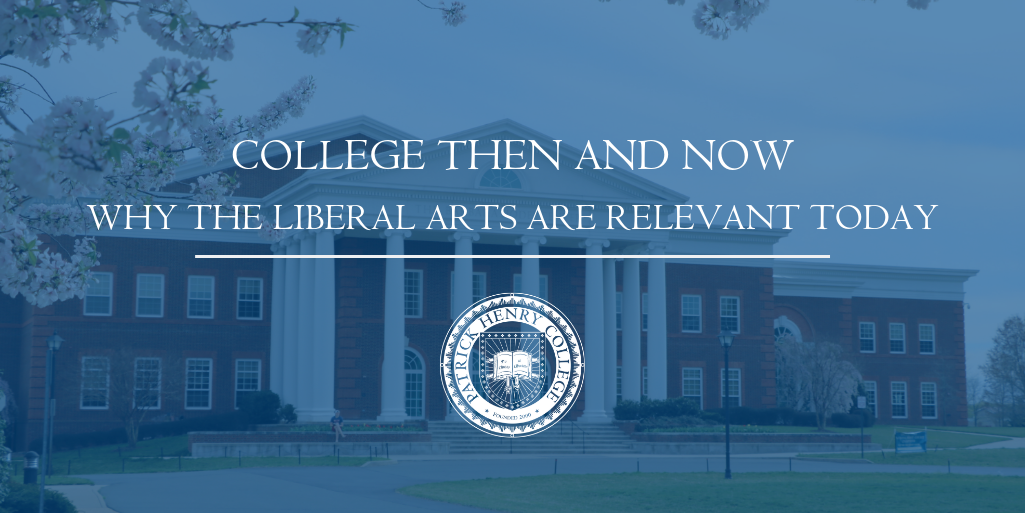 More students than ever before are attending college in what’s becoming an increasingly expensive and competitive academic environment. A 2017 study by the Pew Research Center found that 40% of participants in the workforce ages 25 to 29 have college degrees. Those numbers are the highest they have ever been—and they’re continuing to grow.

But that wasn’t always the case. In fact, findings by the College Board suggest that in 1970 as few as 16% of workers ages 25-34 had a bachelor’s degree or higher. This means that in less than fifty years, the figures have more than doubled.

Carol T. Christ, writing for the American Council on Education, put it this way:

“Today, the skills of liberal arts graduates are in increasing demand around the world. Surveys in China and Japan, cultures long held as supporting regimented learning, have begun to show that employers there are complaining about the inflexibility of a workforce educated without a focus on creativity or problem solving. Facing the same pressures of internationalization and innovation that have generated increased scrutiny of educational styles in the United States, universities in Asia are adapting liberal arts education as an economic necessity.”

On its own, a college-level proficiency in one specialized area may not be enough to compete against growing numbers of degree-seeking students. Employers are looking for students that can think critically, solve problems, and communicate well. That’s why a liberal arts education is relevant in the workforce today and why Patrick Henry College is setting its students up for success.

That might sound contrary to the emphasis placed on specialization in education today. But the proof is in the results.

Since its founding in 2000, the students of Patrick Henry College have used their liberal-arts training to excel in a wide variety of fields. Four PHC students have been asked to clerk for Supreme Court justices in a four-year period. Strategic Intelligence graduates have gone on to work for some of the biggest agencies in the nation including the FBI, CIA, and Homeland Security. PHC Journalism students are published in the New York Times, USA Today, Washington Post, Fox News, and other similar outlets.

Patrick Henry College aims to teach its student not what to think, but how to think. Click here to read more about what that mindset looks like.

Patrick Henry College focuses on teaching its students through a wide base of subjects in the 63-credit core curriculum. It’s a large core—bigger, even, than the one at the University of Chicago. It’s designed to expose students to some of the most brilliant thinkers in human history, to give them the ability to analyze and compare different points of view, and to train them to produce well-informed thoughts of their own.

As education continues to grow and evolve, Patrick Henry College continues to equip its students with timeless values and ideas, preparing them for whatever else might come down the road.