WATCH THE VIDEO: Are We Starting a New Conservative Age? 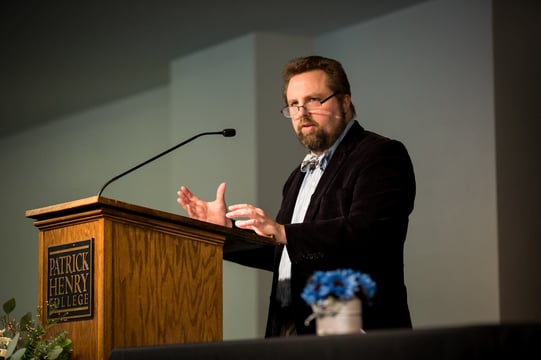 Is secular globalism a dying ideology? If so, what will replace it?

Those questions were posed to the Patrick Henry College student body as a part of its Faith & Reason lecture on February 9, within the broader context of the Classical Liberal Arts.

Watch the video below:

Once a semester, Patrick Henry College students and faculty take a break from classes to come together as an academic community and reflect on important insights of Christian scholarship. Student and faculty listen to and discuss an important topic (such as economics, postmodernism, and many others), and this year’s message was titled “The Restoration of Man? C.S. Lewis, Globalism, and the Triumph of Tradition.”

Dr. Steve Turley delivered this semester’s Faith & Reason lecture. He is a professor of Fine Arts at Eastern University near Philadelphia, Pennsylvania, as well as the author of “Awakening Wonder: A Classical Guide to Truth, Goodness, and Beauty.” 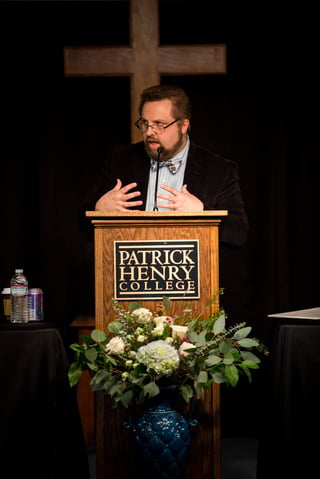 Dr. Turley discussed the resurgence of classical education and openness to traditional religion as bright spots in a world that is beginning to see the downsides of secular globalism but is increasingly turning toward tribalism, the sinister sister of traditionalism, instead.

“In the midst of this global rebellion, we’re seeing a revival of classical learning [that is] so indispensable to our human flourishing,” he said.

Dr. Turley used Lewis’ book “The Abolition of Man” to explain why modernism is collapsing in on itself.

“Lewis believes that this propensity, this orientation, toward power and manipulation inherent in the modernist experiment is nothing less than a threat to our humanity as we have known it,” Dr. Turley explains. “If all of reality has been reduced to value-free nature, being understood solely through scientifically defined facts, then even humanity itself will be seen as nothing more than mere nature.”

Modern universities have suffered from the effects of modernism, he asserted.

“Questions about what it means to be human have been rendered obsolete,” Dr. Turley said. “The loss of human and moral formation in the modern university has led to a vacuum.”

The answer that Dr. Turley seemed to proffer was a return to traditionalism for the West and the emphasis on classical education (especially classical Christian education) that shift would bring.

“Retraditionalization is awakening all over the world, bringing to the fore pre-modern beliefs and practices that are challenging the dominance of modernity,” Dr. Turley concluded. “As it turns out... we can go back.”

Students found much material to ponder in his lecture.

“I really liked his idea that if we return to classical liberal arts that’s a way that we can advance certain values and certain ideas,” said senior Brenna Bakke. “But it seemed to me like he was saying we should use the growth of Christianity as a means to advance conservatism, whereas I think it should be the opposite. Our end goal should be Christianity and should be God and should be faith.” 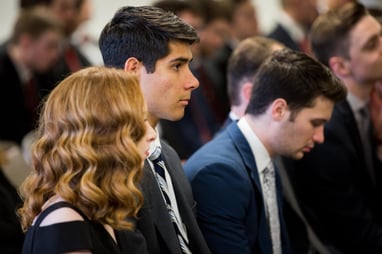 Some students felt like Dr. Turley did not take into account that “retraditionalization” is not automatically a return to traditional Christian doctrine.

“What he said descriptively about nationalism as a response to the vacuum left by globalism and modernity were pretty good,” said junior Christopher Baldacci. “Things got blurry where he was talking about problematic nationalist movements and retraditionalization. The lines got blurred between what he thought was happening and what he thought should happen.”

Senior William Bock especially appreciated the portions of the message during which Dr. Turley discussed the role of government.

“His view of what government should do now in a globalizing world — securing borders, having a stable economy, and providing space for people to exercise their religions, traditions, and customs — that was really good,” Bock said.

Faith & Reason Spring 2018 was a thought-provoking day of discussion. Click the button below to watch Dr. Turley’s talk (fast forward to 15:20 for his message).