Dr. Cory Grewell, Professor of Literature, is this fall’s speaker for Faith and Reason. His topic is “(Re)constructing Meaning: The Nature of Words and Participating Being.” Faith and Reason will be held on Tuesday, Sept. 20. 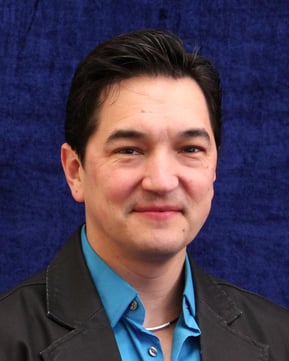 The lecture will focus on the role of words in the process of making meaning. “This fall’s lecture will consider how we make meaning: from texts, from nature, from words themselves,” wrote Grewell in the abstract of his lecture.

The lecture will also deal with the 20th Century Evangelical response to certain postmodern interpretations of language. The lecture will suggest instead of interpreting what is commonly called the postmodern theories of “destabilization” as intrinsically unstable, a better term would be “dynamic.” This would suggest a theory of language that views words as “highly participated things…saturated with meaning,” Grewell wrote.

With the addition of the new October break , too many Friday classes would have been cancelled had Faith and Reason been held on the traditional Friday.

“As a journalism major, I like the idea that we’re breaking down the meaning of words,” junior Hailey Kilgo said. “I’m looking forward to [hearing about] how the breakdown of words and their meaning has related to time and different historical periods to get us to where we are today.”

All classes have been dismissed for the day and attendance is mandatory for all students. Faith and Reason runs from 9:30 a.m. to 2:30 p.m.