Our Dedication to Liberal Arts 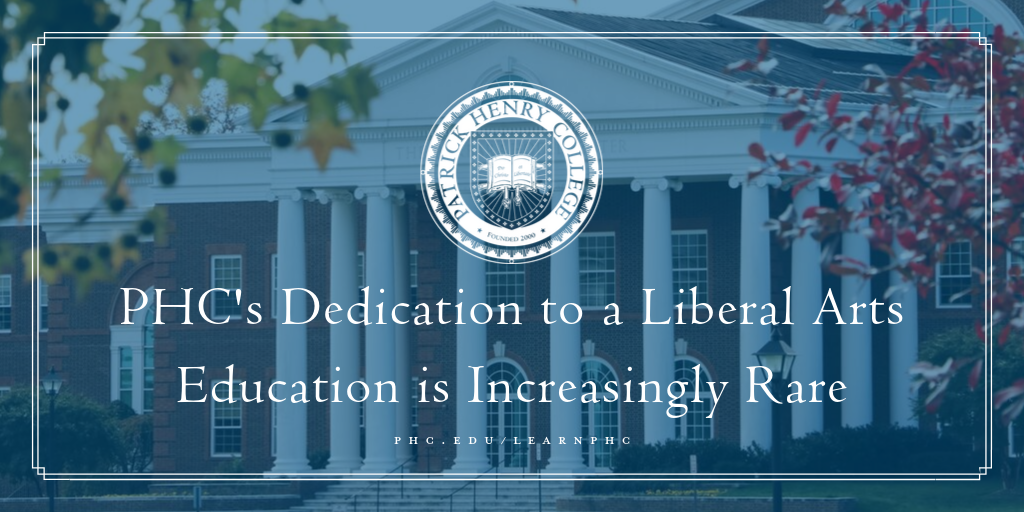 The American Council of Trustees and Alumni (ACTA) released the findings from its annual survey, What Will They Learn?, which addresses the general education curricula in American colleges and universities. Reviewing the core curricula of over 1,000 institutions of higher education, they revealed that most of the schools, even those with the highest reputations, are failing to teach their students what they need to know.

Using the survey results, ACTA awarded the 1,100 schools a letter grade based on how many of the seven liberal arts they addressed in their core curriculum:

This year, only 23 colleges and universities received an “A” grade, which requires at least six of these subjects; 342 schools received a “B” grade, requiring four or five of the seven core subjects.

The PHC core embraces all seven of the liberal arts, and our academic strength rivals that of Ivy League schools, only two of which—Columbia and Cornell—earned as high as a "B."

The bedrock of PHC's academic program is its commitment to the classical liberal arts. PHC has an extensive Classical Core curriculum of 63 credits founded on the great texts and ideas that have stood the test of time, starting with the Holy Scriptures. Regardless of major, every student must complete the entire core. This enables faculty to assume prior student knowledge, allowing advanced mastery in upper-level courses.

PHC is a Teaching College where faculty focus on students, prioritizing learning over academic research. PHC's intentionally small community promotes an enhanced interaction between these mission-aligned experts and students, creating greater opportunities to foster meaningful relationships as they learn, fellowship, and worship together.

To read more about what the CLA core is and what it means to us, check out this blog post.