What Does it Mean to Be Classical Liberal Arts? 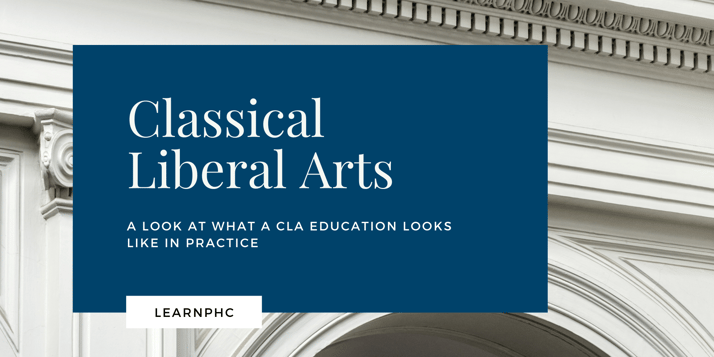 PHC defines itself as an academically rigorous, Christ-centered, Classical Liberal Arts college. The professors test their students' limits, pushing them to do their very best. The entire curriculum is built around Biblical truths and designed to encourage students to grow in their faith.

The PHC core embraces all seven of the classic liberal arts: grammar, logic, rhetoric, mathematics, geometry, music, and science (with biology and physics taking the place of the ancient “astronomy”).

"The classical liberal arts, of course, is not just a sequence of courses but a conceptual framework and a methodology," says the PHC Philosophy of Education. "The liberal arts stress content, the imitation of excellence, the pursuit of knowledge that is
valuable in itself, and the exercise of the whole range of talents that God has given. The liberal arts curriculum is broad in scope, but its parts are integrated with each other, as students explore the connectedness of all the disciplines."

Learning the basics of the field (grammar), in depth discussions (logic), and writing projects (rhetoric) characterize every class. In fact the three-part structure of the curriculum also reflects the classical liberal arts. The core, where students learn basic knowledge from a number of fields, corresponds to grammar. The majors, in which students arrive at greater understanding, as they study a field in depth, corresponds
to logic. The apprenticeship requirement, in which students creatively apply their knowledge and understanding in a real-world context, corresponds to rhetoric. Thus, a Patrick Henry College education is unusually comprehensive, rich, and effective.

To read more about the CLA core and what students have accomplished after graduating, read Facts About PHC here.