6 People Who Changed Journalism Forever (Plus A Free Ebook!) 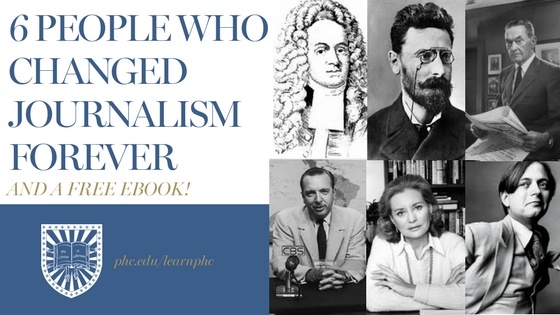 Journalism has a long, proud, yet arduous history in America. While its core purpose — disseminating information to the people for the sake of democracy, etc. — has remained relatively constant, journalists through the years have employed radically divergent reporting styles. From the early days of the laborious printing press to the mass-media world of the twenty-first century, here are six individuals who helped change the face of journalism for the better.

Most famous for: “The Zenger Trial” & Freedom of the Press 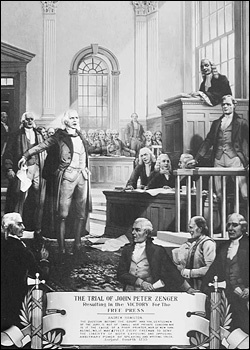 Zenger, a German immigrant to the northern colonies, specialized in printing. His publication, The New York Weekly Journal, was most notable for its scathing commentary of Governor William Cosby and its constant exposition of his corrupt behavior. Naturally, Governor Cosby did not look favorably on Zenger’s work, and eventually ordered his arrest in 1734 on grounds of libel. The famous “Zenger Trial” took place almost a year later, with lawyer Andrew Hamilton arguing on his behalf. Hamilton did not deny that Zenger had published defamatory material. Instead, he argued that the defamatory statements were not in fact libel, they were truth. The jury agreed, and the case now symbolizes the beginnings of press freedom in America.

Most famous for: The Pulitzer Prize & Promoting Yellow Journalism 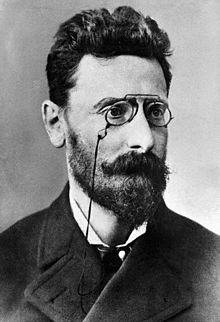 Joseph Pulitzer, born into a Jewish family, immigrated from Hungary to Boston at age 17. When he started his reporting career in St. Louis, Missouri, he could barely hold entry-level positions. Within ten years, however, he had saved enough and cultivated his reporting talents enough to purchase two publications, merging them into the St. Louis Post-Dispatch. The publication would become a major voice for the democratic party in America, as well as help establish Pulitzer’s voice in the community as a trustworthy man of the people. Only a few years later, however, Pulitzer moved to New York, where he eventually began The New York World. The World was famous for its publicity stunts, sensationalism, comic strips, and human interest stories. Ever so slowly, Pulitzer and his publications began shifting American newspaper expectations from news-only to news-plus-entertainment. With yellow journalism on the rise, intrigue was just as important, if not more, that truth. The famous “Pulitzer Prize” was established in 1917 by Columbia University in his honor.

Most famous for: Introducing the word “stereotype” into common language & Public Opinion (1922) 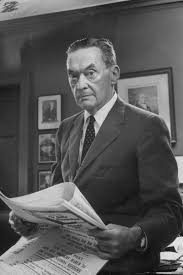 Lippmann’s most valuable contribution to America was arguably his discussion on the public’s role in democracy, group thought, and extended political commentary. After studying at Harvard, Lippmann helped colleagues found The New Republic in 1914. He eventually began working at The New York Herald Tribune where his prominent column, “Today and Tomorrow” was published. It won two Pulitzer prizes. As Lippmann gained journalistic and political prominence, President Woodrow Wilson began relying on him heavily for direction. It is generally agreed Lippmann influenced Wilson in the creation of the Fourteen Points settlement, and later assisted with Versailles Treaty negotiations. In 1922, he published Public Opinion, his first work to spend such extended time on the topic of the citizenry and democracy, in the face of the ever changing mass-media world.His book The Phantom Public, published in 1925, also questioned the existence of true democracy through further commentary on public communication and politics.

Most famous for: “The most trusted man in America” & CBS Evening News anchor for 19  years 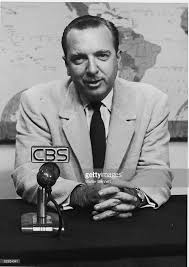 Cronkite helped shape the emerging medium of broadcast television in the 1960s, with an impartial, level-headed, yet caring personality. He covered landmark events live on television, including John F. Kennedy’s assassination and the 1969 moon landing. In many respects, Cronkite both embodied and informed the thought of the common American man in the later half of the 20th century. After he reported on the situation in Vietnam, President Lyndon B. Johnson famously lamented, “If I’ve lost Cronkite, I’ve lost middle America.” Cronkite’s CBS sign off has become almost legendary in broadcast lore: “And that’s the way it is…” 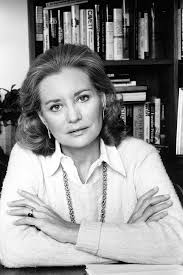 Most people don’t get the chance to have extended personal conversations with Mother Theresa, Nelson Mandela, Fidel Castro, Bill Gates, Elton John, Steve Jobs, Oprah Winfrey, Katharine Hepburn, Hillary Clinton, Caitlyn Jenner, and J. K. Rowling... among others. Barbara Walters did. Her broadcast show which premiered in 1974 soon became famous for direct, probing, and unabashed interview style. While she maintained a “motherly” in presence and demeanor during these conversations, Walters never seemed to hold back.

Most famous for: New Journalism & Novels 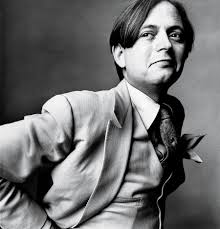 Know by his white suits and seemingly X-ray vision into human desires, Tom Wolfe became a star quite literally overnight in 1963. After several years working low-level reporting jobs, Wolfe published his famous piece The Kandy Kolored Tangerine-Flake Streamline Baby, in Esquire magazine, which catapulted him into the public eye. Wolfe made popular the genre of “New Journalism” or literary nonfiction reporting, including scene-by-scene narrative construction, vivid descriptions, well-developed characters, extended dialogue, and more. He was especially concerned with issues of status in America, reporting on the uprising of the hippie movement, Chuck Yeager and test pilots, the Black Panthers, and more.

At PHC, we believe in the dedication to excellence embodied by each of these reporters. Our goal is to equip students with a well-rounded understanding of history and culture, in order that they might be equipped to think clearly, see the world as it truly is, and produce good journalism for the future.

Download our free ebook on #FakeNews written by Dr. Les Sillars to learn more about the status of journalism in the modern world.