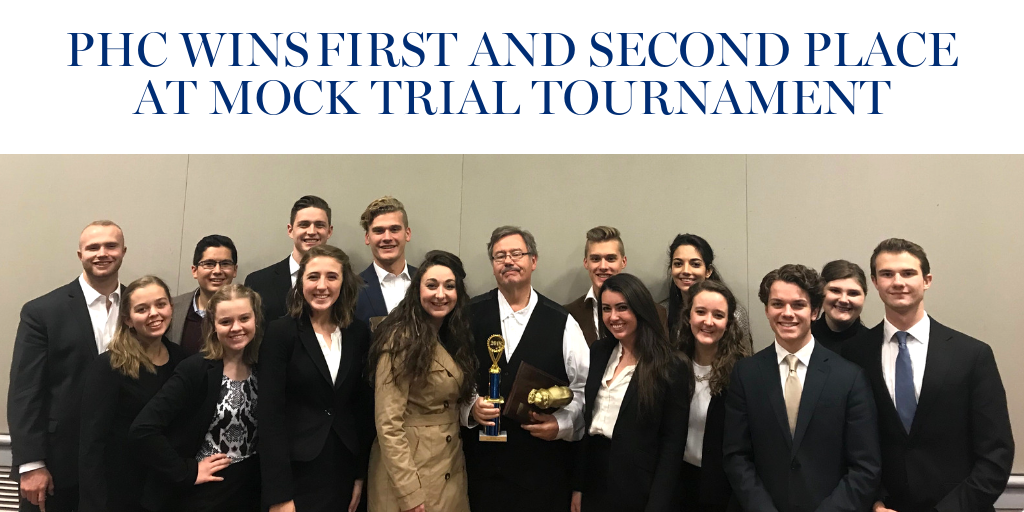 Nikki Cordaro explained that she and Marina Moreira, both co-captains of the second place team, had the vision to bring fresh talent to their team last spring. Over half of their team has no previous mock trial experience whatsoever. “Seeing how that vision bloomed this weekend was really cool,” she said.

Patrick Henry College stepped into the American Mock Trial Association (AMTA) during the 2008-2009 season under the leadership of Dr. Frank Guliuzza, who has been a faithful coach and mentor to the students ever since.

To learn more about forensics at PHC including Moot Court, British Parliamentary, and National Model United Nations, click the button below.