PHC’s Strategic Intelligence students for years have had a community of graduates to guide them as they work on special projects like Border Security Alert or apply for internships. This network was formalized at the start of the 2016 fall semester with the creation of the SI Alumni Fellows Program. 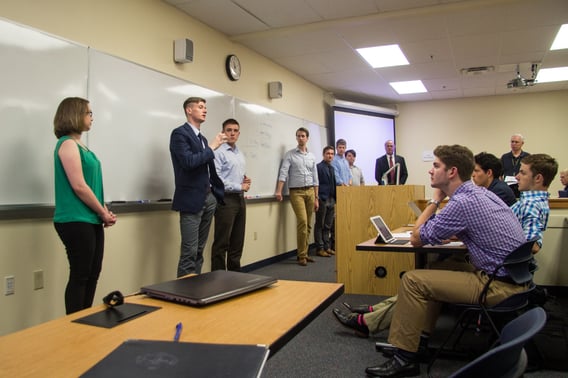 “I had worked with a number of students, many in project manager roles, who when they graduated asked the obvious question of, ‘Are we really done?’” said Dr. Gordon Middleton, retired Air Force colonel and director of the SI program. “We attempt to instill a service-oriented leadership model… it’s natural that if alumni are still around and available, they mentor the project managers and by extension the younger students.”

The SI program began only a couple of years after PHC opened in 2000. Middleton joined the program as its director in 2004. Around 120 students have graduated with a degree in SI or SI Track in Government. Participation in special projects, which teach teamwork and analysis skills among others, readies SI students for internships and careers in the intelligence field.

The three alumni fellows, Evan Johnson (Class of 2013), Grace Prigge (Class of 2015), and Sam Watkins (Class of 2015), receive small stipends, business cards, and official PHC email addresses. Johnson, Prigge, and Watkins earned SI Track in Government because the SI major did not exist when they declared.

Johnson, who works for the Department of Defense, coordinates SI alumni communications, recruits new students, and connects SI alumni to support SI special projects. Prigge, who works for the Department of Justice, mentors the Scenario Development and Crisis Management Exercise teams. Watkins works at PHC as a computer support technician and has been director of the college’s SI summer camps, a key recruitment tool for the SI program, since 2015.

“Prigge was the project manager for CME before I was, so having her experience and help has been invaluable,” said senior Caitey Grissom, current project manager of CME. “My first year as a project manager it was especially helpful to have someone who knew the ins and outs of my particular project.”

“It’s very much a partnership with the project manager and me,” she said. “My presence helps to make it more like a class setting.”

Watkins discovered PHC through an SI camp she attended at age 17. Then, she was “the quiet girl who watched and listened.” Now, she’s the designer and leader of the camps, which are aimed at older middle to high school students.

“The most rewarding part is investing in the kids,” Watkins said. “Kids are on campus now that were my campers two or three years ago. I enjoy getting to know them in camps and then seeing them on campus.”

“One was SI and provided a lot of mentorship to me,” he said. “The main thing was [his] willingness to answer typical ‘new guy on campus’ questions. It’s not like he got a grade or credit for it.”

Those answered questions in part helped Johnson to excel and eventually become the project manager of both the Intelligencer and BSA his senior year. After graduating in 2013, he directed the SI summer camps until 2015. He has mentored SI special project Vanguard since fall 2015. 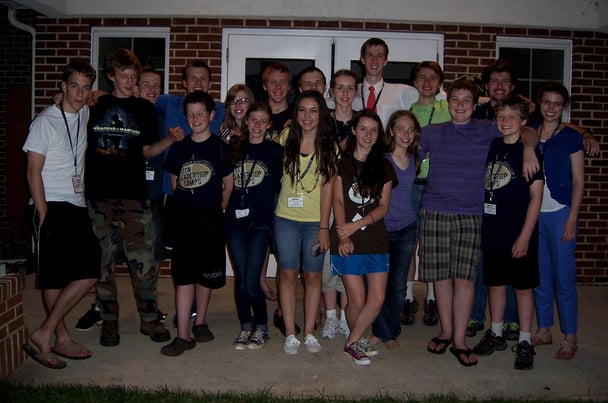 Johnson (back row, wearing red tie) with SI campers in 2013.

“For our project, what we’ve found works best is Google Hangouts,” Johnson said. “Last year we had a call where one [mentor] was in Southeast Asia, another in D.C., I was in Virginia, and obviously the student was on campus in Purcellville… video chat allows us to tie in more alumni than those who live in Loudoun County.”

“You can truly live out the motto of Pro Christo et Libertate, which is something unique to this career field,” Johnson said. “You get the chance to contribute to the safety of the people of the United States.”