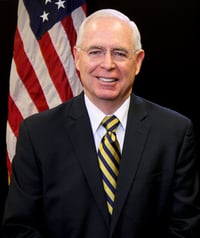 Dr. Middleton retired in the rank of Colonel from the U.S. Air Force, in 1997. During his time in the U.S. military he served in various positions in research and development, systems acquisition, and space operations in the continental U.S. and overseas locations. Dr. Middleton graduated in the top ten percent of his class at the United States Air Force Academy in 1970 with a Bachelor of Science degree in Physics. Dr. Middleton is a military veteran with 28 years of commissioned service. Dr. Middleton holds numerous Air Force and Joint military decorations, and is certified as a Department of Defense Level III Program Manager.