Patrick Henry College holds the reputation of being one of the top Christian colleges in the United States of America. An important component of this excellence is due to a unique methodology which builds the Patrick Henry College Strategic Intelligence program and sets it apart from any other BA-level program in Strategic Intelligence in National Security. 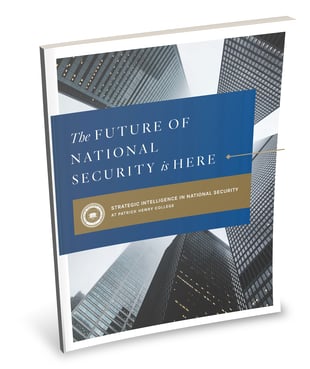 Get Ahead of Others

The Strategic Intelligence major at Patrick Henry College achieves excellence for its undergraduates not only in academics, but also in experiences. Patrick Henry College’s S.I. program excels at placing PHC graduates ahead of others in the same industry. “PHC made good on their promise that when they gave me an education they would put me two to three years ahead of others professionally,” said a 2010 Alumnus, now a Unit Chief at a government agency.

Patrick Henry College seeks to assist the U.S. government in making wise national security decisions in the coming years. In the same way, PHC encourages those at the heart of power and influence to engage the world around them with moral strength and courage.

“PHC’s S.I. program is designed to help students succeed in the real world,” said a 2008 Alumnus, Senior Consultant at BAH. “The professors are renowned experts in their fields and the curriculum is designed to challenge students in a way that prepares them to excel outside of the academic environment.”

At Patrick Henry College, the teaching and discipline of intelligence examines government practices and questions whether certain objectives of government action are required or permitted from a legal stance. In addition, the S.I. major questions whether the objective and subsequent action is moral and effective in achieving stated objectives; and, if not, explores different, wiser, more innovative, moral, and professionally ethical ways to achieve the objective. In doing this, Patrick Henry College students are prepared for careers where they can most effectively serve in a dynamic workplace.

“The opportunity to participate in and lead intelligence projects that are designed by current and former intelligence specialists is unmatched,” the 2008 Alumnus said. “Due to my experience in Patrick Henry College’s S.I. program, I not only gained an exceptional education but was propelled into an exciting and rewarding career upon graduation.”

Research projects and immersive internships with law enforcement or government agencies transform students into outstanding intelligence professionals after graduation. Students gain the knowledge, skills, and experience they need to compete effectively for positions in the intelligence and national security industries. “PHC made good on their promise that when they gave me an education they would put me two to three years ahead of others professionally,” said 2010 Alumnus and Unit Chief at a Government Agency.

Your Future, Should You Choose to Accept It

Strategic Intelligence students benefit from Patrick Henry College’s apprenticeship methodology by having opportunities through senior-year to intern at important intelligence organizations. Multiple Program graduates have interned at such three-letter agencies as the CIA, FBI, DIA, DHS, NGA, and ONI, as well as in the White House, US State Department, USAF Intelligence, Naval Criminal Investigation Service (NCIS), and the Pentagon.

Apprenticeships at the undergraduate level in the Strategic Intelligence Program help students attain Secret and Top Secret security clearances. As a result, graduates of the program transition easily into U.S. National Security agencies, community service organizations, and leadership roles, ready to shape the culture for Christ and for Liberty.