The pagan roots of abortion extremism

Dr. Graedon Zorzi, Assistant Professor of Theology and Philosophy at PHC, writes that Democrats are "quickly moving toward the extreme position that a woman alone can, in consultation with her doctor, make any decision at any time on abortion," and that this position would "set women back all the way to the first century, a brutal age that ended only when the Christian era brought new protections for infants before and after birth."

Arizona’s recent ruling on abortion will set women “back more than a century,” White House press secretary Karine Jean-Pierre claimed recently. But it’s the Democrats who are trying to turn the clock back on abortion.

Democrats, including President Biden, are quickly moving toward the extreme position that a woman alone can, in consultation with her doctor, make any decision at any time on abortion. That position would set women back all the way to the first century, a brutal age that ended only when the Christian era brought new protections for infants before and after birth.

Jean-Pierre’s comments followed a ruling in Arizona that reinstated a law banning abortions except in cases when the mother’s life is in jeopardy. Arizona passed the law in 1864 and reenacted it several times, most recently in 1977. Arizona’s law includes prison sentences for those who help women get abortions. After the law was reinstated by Judge Kellie Johnson on Friday afternoon, the president of Planned Parenthood Arizona, Brittany Fonteno, responded, saying, “No archaic law should dictate our reproductive freedom.”

But Democrats’ position on abortion is the archaic one. Abortion is an archaic practice. In Pagan Rome, abortion was commonplace, performed by a variety of surgical and medicinal methods and taken for granted by philosophers. Plato, for example, laid out in Book V of the “Republic” various regulations for what offspring should be conceived and prescribed abortion for any infants conceived outside of those regulations, including by women older than 40 and men older than 55.

The ancient Pagans largely accepted infanticide as well, and the exposure of infants was common. The Greek father had an absolute right to expose his children. Exposure of infants, especially girls, was common and often linked to economic concerns about raising too many children. But even in large families “more than one daughter was practically never reared.” Termination of female infants was so common as to contribute to a dramatically skewed sex ratio, estimated at “131 males per 100 females in the city of Rome, and 140 males per 100 females in Italy, Asia Minor, and North Africa.”

This archaic willingness to dispose of infants fit into a broader callousness toward human life. As historian Tom Holland put it, the Romans had a “genius for making a show out of death” that showed up in many places, including in the cheering crowds that packed amphitheaters to watch people thrown to animals, forced to fight one another to the death and subjected to cruelly inventive forms of torture.

The standard archaic Pagan position on the value of the lives of infants is reemerging today. A leading voice has been Princeton professor Peter Singer, who holds that “killing a newborn baby is never equivalent to killing a person.” According to Singer, the normal reason to care about protecting the life of a newborn is not because of some intrinsic value in the baby itself but because “most infants are loved and cherished by their parents.”

Mainstream Democrats are not quite ready to align with Singer in fully embracing the ancient Pagan disregard for the intrinsic worth of infants. But Democrats are becoming gradually bolder in championing the notion that infants matter only when they are wanted by an adult. Perhaps that notion is captured by the slogan—“my body, my choice"—chanted by protestors in Arizona Friday night.

With Roe v. Wade overturned, Democratic politicians seem to be working out in real time how extreme a position on abortion can be politically viable. Stacey Abrams, hoping to make abortion a central issue in her Georgia gubernatorial race, previously rejected limits on abortion and advocated leaving the decision up to the mother and doctor. Now she has hedged that position by suggesting that the right to abortion ends at the point of viability except in order to protect the woman’s “life or health” — leaving open a significant question about the “scope or meaning of the health exception.”

A similar caginess can be seen in the Women’s Health and Protection Act, recently passed by the House of Representatives. Without too explicit an embrace of late-term abortions, that bill would nevertheless have made it very difficult to limit abortions up to the point of birth.

The approach to abortion codified in the recently reinstated Arizona law represents the newer position, historically speaking: to find intrinsic value in the life of the infant. Christians adopted the Jewish rejection of all forms of abortion and infanticide. That rejection of the killing of infants was as offensive to ancient Pagans as it is to many Americans today. The Roman historian and politician Tacitus called the Jewish teaching that it was “a deadly sin to kill an unwanted child” one of their “sinister and revolting” practices.

From its earliest days, the Christian church rejected abortion and infanticide based on recognition of the intrinsic value of infants, even while speculating about how body and soul intersect in the womb. The oldest extant Christian catechism, “the Didache,” written right around the end of the first century, commanded, “thou shalt not kill a child by abortion, neither shalt thou slay it when born.” And the “Epistle of Mathetes to Diognetus,” one of the earliest extant works of Christian apologetics, explained what “distinguished” Christians “from other men” by saying, “they beget children; but they do not destroy their offspring.”

The victory of the Jewish-Christian position over the Pagan was so lasting as to lead to Arizona’s 1864 law as well as the 1977 reenactment of it. The caustic responses to Judge Johnson’s Friday decision recall Tacitus’s disgust with the teaching that killing an “unwanted child” is “a deadly sin.”

Jean-Pierre’s statement on the ruling claims that its potential consequences are “catastrophic, dangerous and unacceptable.” Such strong reactions signal political will to undo centuries of moral progress.

This article was originally published in The Hill. Click the image below to read more about Dr. Zorzi's work on the Imago Dei project at Patrick Henry College. 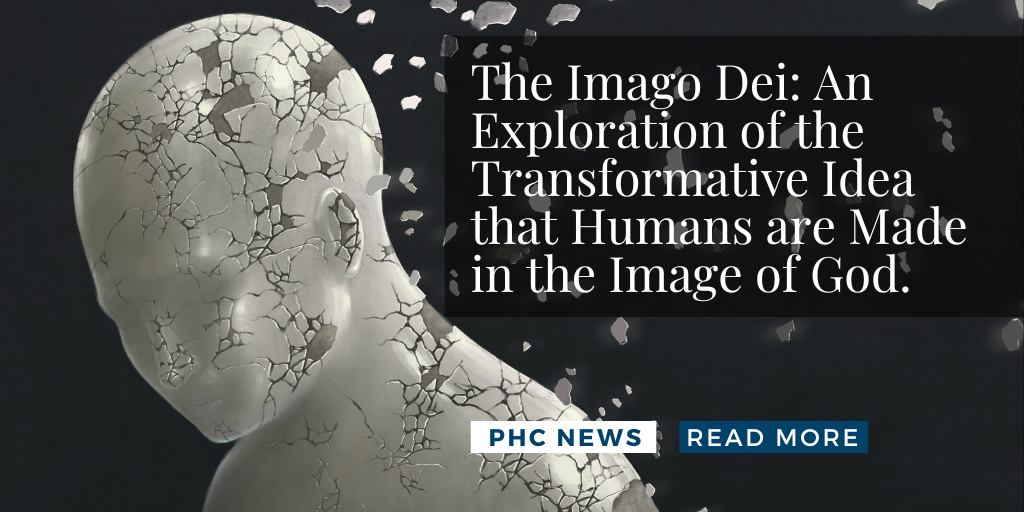