Binding Up Broken Hearts with the Ministering Love of Christ 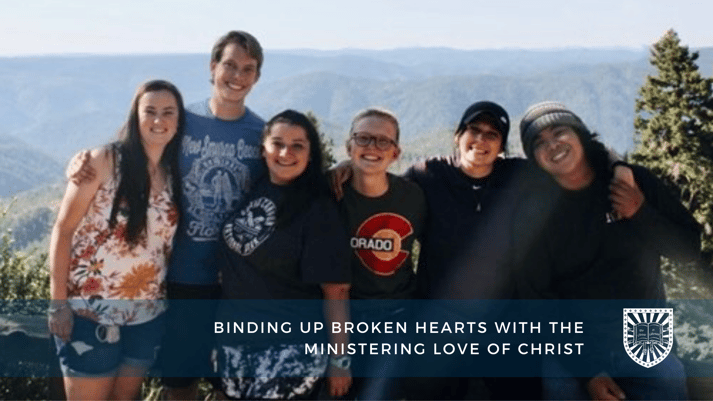 Now before the Feast of the Passover, Jesus, knowing that His hour had come that He would depart from this world to the Father, having loved His own who were in the world, He loved them to the end…Then He poured water into the basin and began washing the disciples’ feet and wiping them with the towel which He had tied around Himself. So He came to Simon Peter, who said to Him, “Lord, You are washing my feet?” -John 13:1-5

The morning was cold. Senior Chiara Baldacci didn’t know where the lodge was, but she knew that she loved wearing a flannel on a summer morning. So, this was California. This was “the Ranch.”

Tucked away on 86 acres in the valley of the Sierra Nevada mountains, the Ranch is home to Christian Encounter Ministries, a non-profit organization that serves at-risk youth. Baldacci spent last summer interning there, but she is not the only link between the Northern Virginia college and the Northern California ranch. Nate Boyd ('09) and Jensen Near ('10) are both PHC alumni serving on staff with Christian Encounter.

In the 1970s, a couple of students from a Californian Bible college recognized the need for nomad hippies to live in a community with structure and be taught about the ultimate Truth and Love. This was the founding: people could wander in off the street, stay for free, and hear about Christ.

The focus has since narrowed as the property has expanded. Now, Christian Encounter serves youth ages 15 to 24 coming from backgrounds of neglect, abuse, and trauma. Students who come to the Ranch are the people everyone else has given up on. They come from economic and relational poverty. The Ranch aims to treasure them, showing them the love of Christ.

It isn’t easy. Healing is hard and painful. Sometimes the students walk away. Sometimes they have to be dismissed. One student had come from a particularly violent Los Angeles gang and ran away to the Ranch so that the chapter couldn’t find him. One day, when mowing the grass, he fell to the ground in sobs—his soul had healed to the point that he realized what he had done to others.

The pain pointed him to Christ, but he chose to walk away. Boyd felt he was sending the young man to his death when he returned to LA, where the gang awaited.

But God was in LA, too. Years later, the student returned to the Ranch years later as a believer and volunteer.

“We just have to be faithful in what we do, and not worry too much about outcomes. The Lord is playing the long game,” Boyd learned. 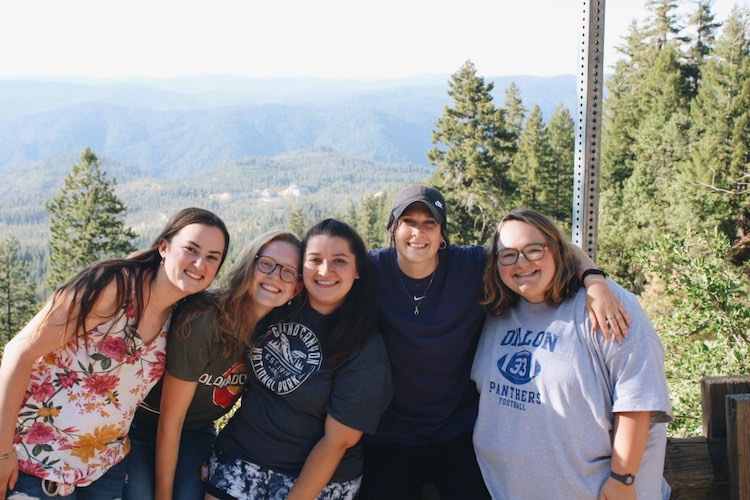 Boyd currently serves as the Executive Director of the Ranch. During his time at PHC (2005-2009), he studied Classical Liberal Arts. The flexibility of internship credits led him to work at a summer camp, where he heard about the nearby Christian Encounter Ministries. Upon graduating, he headed back to California for an internship at the Ranch in 2010 and has stayed on since then.

“My route was interesting,” he noted. “The internship I had at the camp didn’t really fit the classic PHC paradigm. But it provided a direct route to what I’ve done for the last 11 years. It’s an affirmation of PHC’s approach. There’s been a total clarity and certainty.”

Boyd and Near were Resident Assistants together during their overlapped time at the College, but lost touch. After PHC, Near felt a continual draw to ministry and discipleship. “I came to PHC to major in American Politics & Policy and be the president of the United States, but I’ve always had a passion for discipleship. When my parents split up while I was in high school, the men who stepped up and into my life had an inestimable impact on my life.”

Though Boyd headed back to California, Near stayed on for three years as the male Resident Director. Following PHC, he went to serve as an Assistant Director of Discipleship at another Christian college and while there, began seminary. Walking into class on the first day, he heard a voice call out from behind him— “Jensen?”

Boyd and Near reconnected at seminary, but it would be four more years before Near would join Christian Encounter Ranch as the Director of Student Life/Internships, the position Boyd vacated upon begin promoted to Executive Director. Baldacci became one of Near’s interns, serving there this past summer while pursuing her own Classical Liberal Arts degree.

As Boyd pointed out, ministry internships aren’t typical of the PHC experience, but they fit right into what the college wants student to learn. “The school attracts 10-talent people,” Near laughed. “And nothing is better preparation for leadership than serving and good old-fashioned hard work. The best way to bring the light of Christ into the difficult arenas a lot of PHC students head into is to know it personally.”

The Ranch seeks to serve those the world considers the least of these, putting students and staff in seasons of intense sacrifice and learning. It can be overwhelming and painful. Baldacci eventually found the lodge, and through the intensity of spending a summer in it, found something greater.

“There was a moment where it was like, yeah, this is what I’m called to do," she said. "[It was so hard], but I think that’s appropriate, because God calls us to the things He’s going to do in us.”

Patrick Henry College instructs students with biblical truth and encourages them to lead the community by becoming active participants in the student body. No matter what God has called a student to, PHC aims to produce humble, capable leaders in every field—an increasing rarity in today's world. Learn more below: