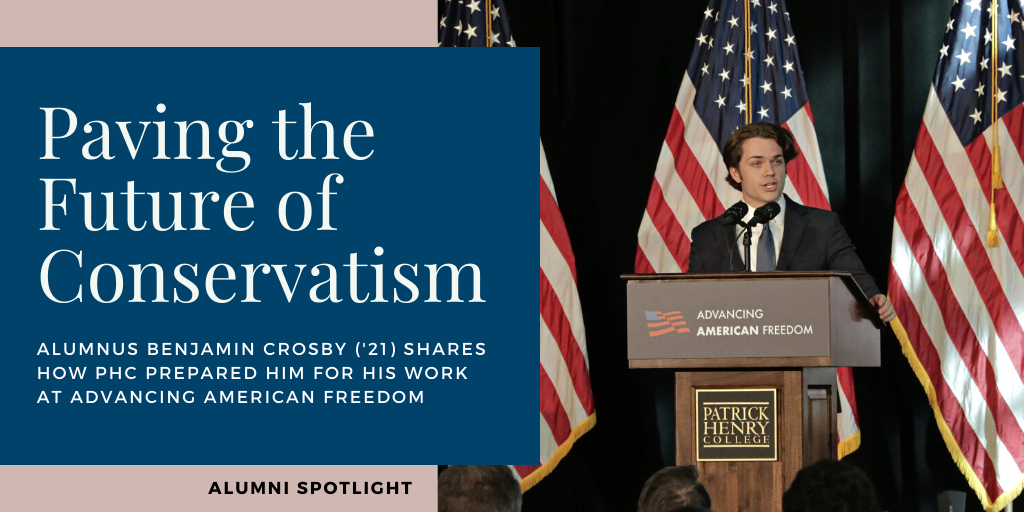 As Patrick Henry College students explore the classical liberal arts through the broad Core Curriculum, they develop an understanding and appreciation of the past. This understanding is essential for each path students choose to follow after graduation. In government, the past directs policy; in business, it helps graduates avoid common mistakes; in teaching, it guides budding philosophies.

Alumnus Benjamin Crosby ('21) has found that PHC’s emphasis on understanding the past has equipped him well for his first post-graduate job. He works in policy and strategic initiatives with Advancing American Freedom (AAF), a policy advocacy group begun by Vice President Mike Pence last spring. One of his primary responsibilities is to research and identify the current characteristics of American conservatism.

Crosby’s now working to find the answers in his work with Advancing American Freedom. “AAF is all about articulating how to be conservative in America today,” Crosby said. “It’s very easy to sit back and say, ‘We need something different,’ but at a time where conservatism is as fractured as it is, what’s not as clear is, ‘What’s the path forward?’”

Not only has PHC given Crosby an understanding of the past, he believes PHC has also given him the tools to turn a vision of the future into reality.

“PHC's education does an excellent job of giving you that framework, of saying, ‘Here’s why America is the way it is. Here’s why conservatism is seen by some as problematic rather than problem-solving,’ but also importantly, ‘Here’s the tools necessary to make those things appealing,’” Crosby said. 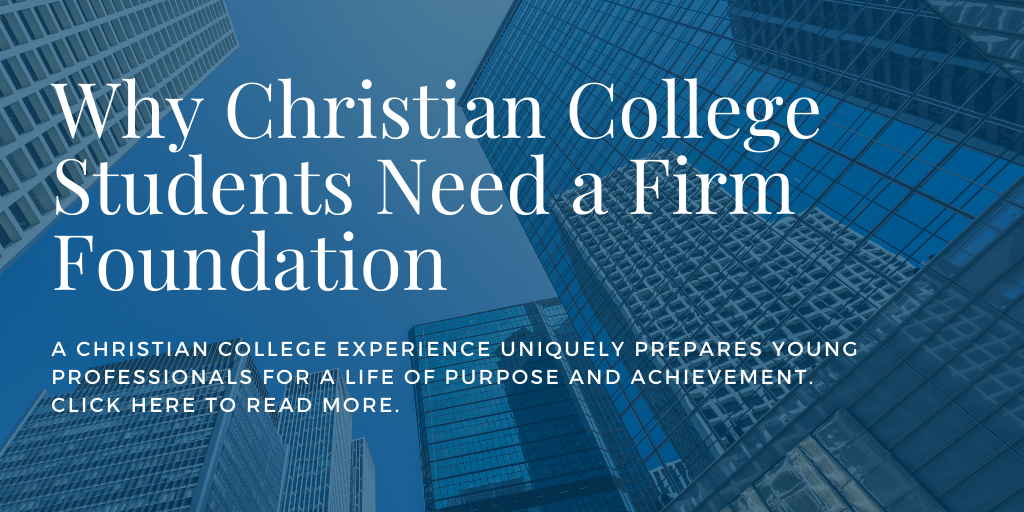