When Taylor* walked in our door for the first time, she demanded answers to two questions: 1. Is there food in this house? 2. Can I sleep with a knife? I feel safer sleeping with a knife. (Yes to the first, no to the second). 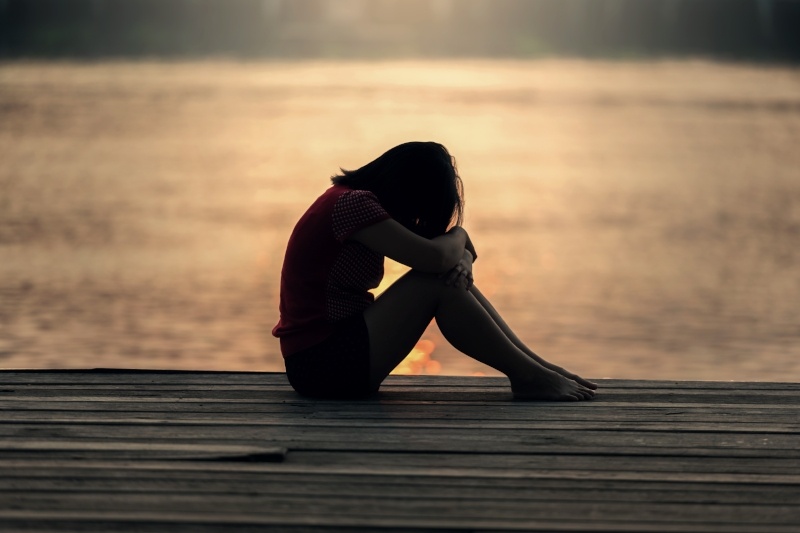 Originally published in the Spring 2017 edition of PHC's magazine, Founders.

An hour earlier, I had received a call from an emergency placement worker who shared what she knew: Taylor and her 7-yr-old sister, Jasmine*, were sitting at a family crisis center. Jasmine had been picked up on busy street barefoot and asking strangers for food. Someone called 911 and an investigative police officer found Taylor back at the “uninhabitable” family home. The girls’ mother was on the run after attacking a pregnant neighbor with a hammer.

The emergency placement worker asked the usual, “Will you take the girls for the night? We’ll call in the morning with next steps.”

As we do whenever we can, my sister, Kristin, and I agreed—knowing that the trauma endured by children forcibly removed from a home always exceeds the inconvenience of opening a bed to a complete stranger.

Unmarried with full-time jobs, Kristin and I make an unlikely profile for a “foster family.” But after learning that children in Denver County frequently spend a night in either police departments or under social workers’ desks, we had to do something. Appalled, we thought, “A night or two? We can absolutely do that. Every child deserves warm food and a safe bed—even for one night.”

The case worker’s proffered “night or two to find permanency” turned into two-months. This is worthy of its own story: Denver county (like many counties across the US) has 150 registered foster-families certified to care for the 900+ children in state custody. Placing children as young as 5 into a group-home is an unfortunate reality. There simply aren’t enough families.

After passing through another two foster homes, the girls’ mother was entrusted with custody once again. She agreed to take court-ordered parenting classes and assured the department that she’d kicked out her abusive boyfriend for good.

Reuniting Taylor with her mom proved far more complicated than anyone anticipated. Time and space had given Taylor a reprieve from 15 years of childhood trauma and she finally opened a Pandora’s Box of depression, grief, and PTSD symptoms. Nothing had changed at home and Taylor’s anger clashed with her mom’s disregard. “Stay away from me,” her mom said. “Don't call me ever. I may as well be dead to you.”

Caught between a mother that has disowned her and a department that has “closed the case,” Taylor is functionally homeless at 15. Although she’s in 8th grade, Taylor tests at a 5th-grade math and reading level. Completely unskilled, she joins 24,000 foster-teens who aged-out of foster care without a permanent family in 2016.

Over the last three months, I’ve picked Taylor up all over Denver—from friends’ homes to the psych ward to literal street corners. I think of myself as a crisis safety net. I care deeply about her but frankly, I fear the reality of allowing her to depend completely on me.

I know the statistics. Taylor is one bad-choice away from drugs, prostitution, teen pregnancy, or even suicide:

When I spend too much time reading about what is statistically true, I enter a nightmarish cycle of rejecting what should be true: Taylor’s life is young, filled with hope, and guaranteed every opportunity. What is should not be. And that is why I write.

I adamantly believe that the Christian community can do more.


Since August, my sister and I have pulled Taylor into our friend group. Within the kind, accepting arms of our network, Taylor has gone camping, spent long weekends in the mountains, attended church, learned volleyball, enjoyed hiking, received Christmas gifts, learned to cook, been tutored in academics, conversed on dozens of new topics, and learned much about a world outside of her natural reach.

Taylor regularly introduces Kristin and me as her “moms.” Every time she does this, I think about the fact that Jesus pointed at his disciples and said, “Who is my mother and who are my brothers? Whoever does the will of my Father in heaven is my brother and sister and mother."

Taylor has deeply challenged the way that I think about family. I find myself wondering if—in our efforts to push against culture’s reshaped definition of “love” or “family”—we’ve actually drawn the borders too narrowly. There was a time when neighbors became the immediate support system for parentless children. Historically, the cause was probably death; today, that has shifted to divorce and dysfunction. But the pain and loss for the child is no less.

There are over 500,000 foster kids in the US. Many of them languish in group homes, state facilities, or overcrowded foster homes. Foster care and adoption aren’t for everyone. But everyone should wrestle with the question: What am I doing to care for the children of my city? Does a child who is otherwise “unloved” know that someone cares because of the way that I invest my time? If not me, then who?

Anyone who has done foster care will tell you that it’s hard. It is. But I would argue that the children at risk shoulder far more burden and trauma than anyone who decides to get involved. Between their need for physical, social, medical, legal, and educational services, there are many points where people can make a difference. If nothing else, look for a way to know and love a family who is in the foster trenches. Even a few hours of babysitting on a Friday night communicate so much.

As I write this, Taylor is sleeping in a crisis stabilization unit. After her mom expressed indifference regarding whether she lived or died, Taylor half-heartedly attempted suicide. I’m no professional, but I don’t think she’s “mentally unstable” or “ill”. She’s lost and experiencing blatant rejection from both her family and society, and she knows it. She needs love.

I can’t fix generations of wrongs, much less one life. But I can push the needle just a little in changing the story for tomorrow. I visited Taylor today. I’ll visit again tomorrow. What else can I do when she ends our time by saying “Seeing you is better than any therapy or counseling session. At least when I say ‘I love you,’ I know you’ll say it back.”

Michelle Wright (Government, '11) lives in Denver, CO and works as a Global Curriculum Designer for McKinsey Social Initiative. If you would like to explore getting involved in foster care, reach out to Michelle: mwright88@gmail.com. She’ll get back to you.

*Names have been changed