PHC’s Imago Dei Project: An Exploration of the Transformative Idea
that Humans are Made in the Image of God

The Question of Our Time

Principles of Biblical Reasoning (“PBR”) is a required course at Patrick Henry College, meaning it is part of our 63-credit classical liberal arts core. The course has been a staple for years, but it’s now being restructured to better address one of the central theological issues of our time: the doctrine of humanity.

“What the class is trying to do is give a full, beautiful vision of the Biblical understanding of Human beings; what human beings are supposed to be, and how they’re supposed to flourish in relation to God—as the image Bearers of God,” Zorzi said.

Zorzi, who holds a Ph.D. in Religious Studies and Political Science from Yale University, joined the PHC faculty this year. Zorzi’s arrival and the restructuring of PBR is part of a larger initiative at Patrick Henry College called the Imago Dei Project. As part of the Project, in the fall of 2022 PHC will host a conference on the Imago Dei that gathers thought leaders to address the Christian conception of the human being in conversation with contemporary culture. In addition, PHC is developing a digital, video-based class for churches that examines the doctrine of humanity and applies it to topics of cultural significance.

The Imago Dei Project emerges out of the conviction that, to train the next generation of Christian leaders, PHC needs to teach students to appreciate and champion what the Bible says is true about the human condition, man’s relationship with God, and the beauty of the blueprint embedded in creation. As Mark Mitchell, Dean of Academic Affairs at PHC, put it, “We need to be better at preparing our students to think clearly about some of the most divisive issues of our day, and these questions ultimately turn on what it means to be a human being.” 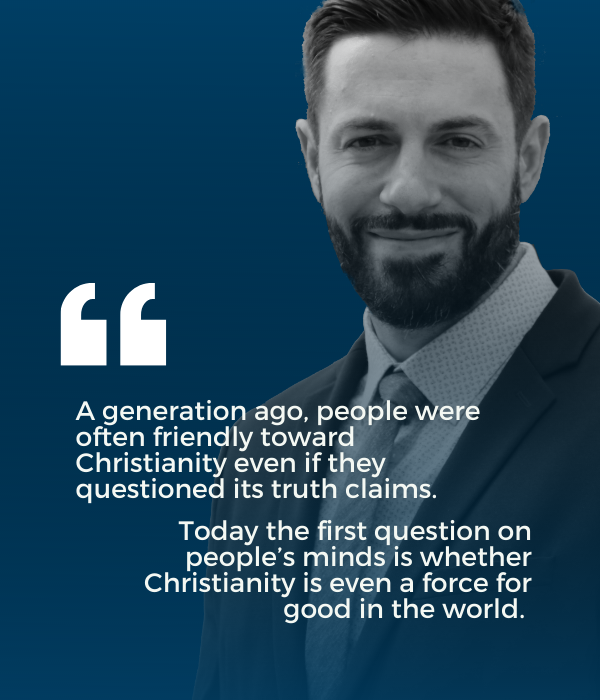 For Such a Time as This

In the past, PBR resembled a traditional apologetics class focused on teaching students to defend the basic truths of the Christian faith. But apologetic conversations have shifted.

“A generation ago, people were often friendly toward Christianity even if they questioned its truth claims,” Zorzi said. “Today the first question on people’s minds is whether Christianity is even a force for good in the world.”

As questions have changed, the approach Christians take to giving reasons for the hope that we have must also be recalibrated. PBR reflects this recalibration, continuing to equip students to defend the faith but doing so through a particular focus on Christian anthropology.

By delving deeply into the biblical view of humanity and comparing it to other important perspectives on human nature, Zorzi hopes to help students better understand our culture and more wisely and graciously contribute to the most pressing conversations of our day.

To learn more about how PHC prepares its students to answer the questions of today through a biblical perspective, click below!