Back to the Future: A Look at Past Herald Editors

The Herald, Patrick Henry College's weekly student newspaper, is written and produced by journalism students. Check out past issues here.

Stauf had three main goals for her Herald issues. She wanted them to be clean, professional, and something that would draw more readership. “I didn’t want the Herald to be Facebook,” she said. She didn’t want to cover trivial things that would only be important to a few people for a few minutes. In hopes of obtaining a larger following, Stauf developed an events calendar on the inside of the front page. She hoped that this would encourage students to simply open The Herald and start reading.

In order to put out professional content, she asked her writers to focus on hard news stories around campus as well as profiles and feature stories that would enlighten readers.

She remembers that being the editor, as well as copy editor a semester earlier, allowed her to see a different, more “genial” side of the faculty supervisor Dr. Les Sillars.

Bergstrom was the editor for the 24th volume of The Herald in the fall of 2016.

This volume was home to the Mental 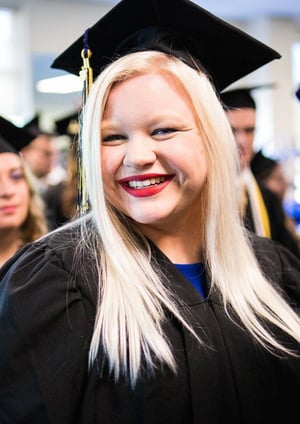 Health Series, which tackled issues from depression to eating disorders and the way Christian society tends to view these illnesses. "I wanted to publish a paper that talked about something real and that could potentially help change something," Bergstrom said. Some of her favorite pieces from her volume came from the series. One was an open letter about mental illness that she wrote as the conclusion to the series. The letter allowed her to address the reason she decided to run the series and her hopes of how the campus would continue the discussion.

She admits that she put much more pressure on herself to put out good issues than many other editors do. "I think I struggled to find that balance between student and editor sometimes," she said, often forsaking sleep or other school in the name of getting The Herald out.

"All that to say, I really did love being editor." She remembers fondly the two points each week that she got to see her work accomplished. "Thursday night you see this vision you've had for a week come together on the screen. And then Friday you, along with the rest of campus, get to see it in print."

"It's kind of an amazing feeling."

Nathan Curby was editor of the 7th volume in Spring 2007. 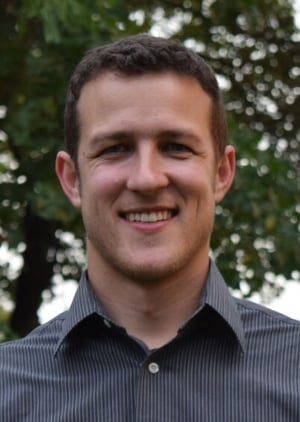 Curby's volume was the first volume of The Herald to print in color. "It was kind of a milestone—for the Herald and for the school." Working in color gave him and his staff the graphic design practice they needed to face real-world publications.

Though Curby hasn't worked in the journalism field for a few years, he's continued to carry what he learned as the editor. The journalism major in its entirety helped to enhance his communication skill, a skill that's necessary to perform well in any field. Acting as the editor taught him how to lead a group of people—how to take responsibility and criticism. "It's amazing how much people care [about a small publication]," he said.

His focus for his volume was to avoid fluff. He quoted J. Jonah Jameson from the Spider-Man movies, saying, "What is this—pigeons in the park? I want Spider-Man!" Like many other editors, he wanted to cover things of importance. He had the chance to cover a change in the Honor Code and an event involving a gay rights group rioting on campus. "I remember thinking we did a good job because we had people from lots of different angles mad at us," he said.

Where are five stellar journalists who graduated from Patrick Henry College now? Click the button to find out.