"Northern Lights": Aimee Stauf's Work With The Church in Iceland

Alumna Aimee Stauf's new book Northern Lights: Illuminating Iceland with the Light of the Gospel was published in November as a project commissioned by The Iceland Project, a group of Christians working to plant churches in Iceland.

Stauf’s book explores Iceland’s complex relationship with Christianity by focusing on Icelandic culture, history, and barriers to the gospel in each chapter to offer ideas for how Christians can support the spreading of the gospel in Ireland and beyond.

We asked Stauf about her journey as a new author and about the religious climate in Iceland:

Q: How Does It Feel To Be An Author? 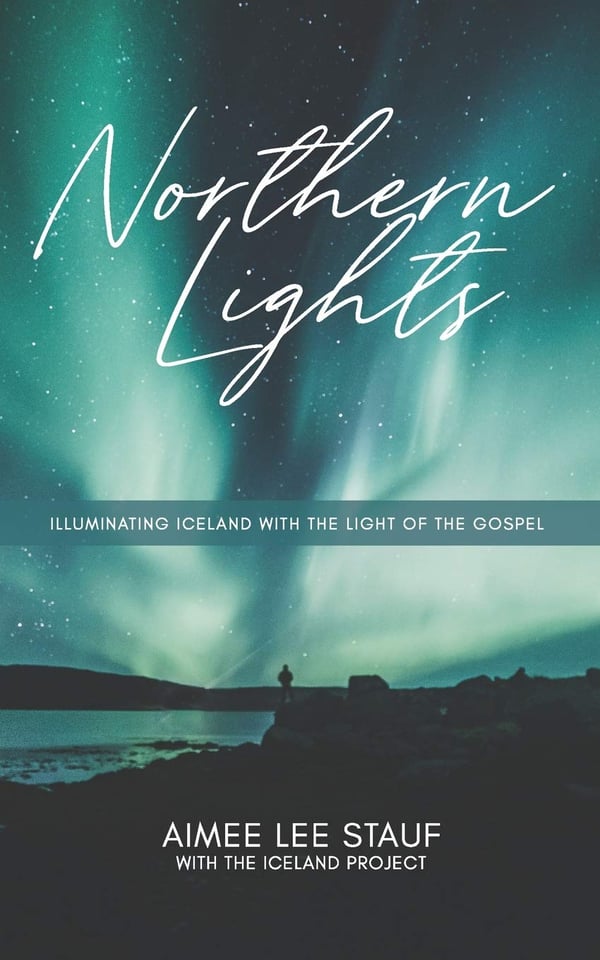 “I have started to embrace this idea of being a writer and an author. For the longest time I wanted to be a writer. While working for World Magazine online, I took on some of that identity of ‘I am a writer,’ but in finishing a book, it's like, ‘Yes, I have now written a book and I can do another one.’”

“I think of myself as a writer with a day job. I'm currently in the process of trying to recalibrate my morning and my evening routines to really create the space for intentional and consistent writing. But I feel most myself when I am in the process of writing a poem or working on a new project.”

Q: How Has the Book’s Gospel Challenge Impacted Your Day-To-Day?

“I have a key chain as something tangible to remind me to pray for the gospel and to pray for Iceland. My consistent prayer is that God would work revival in Iceland. I firmly believe that any work of the Lord is preempted by prayer asking God to work.” 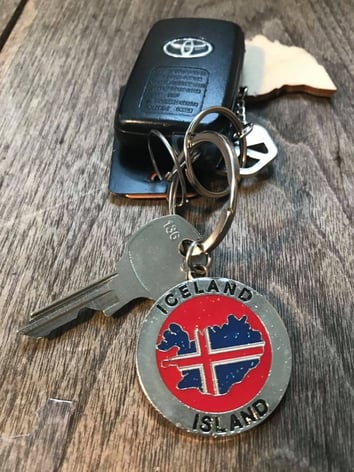 “Also, as I've written the book, I think I've become a little bit more willing to just share the gospel conversationally with people that I work with and interact with. And the book has prompted other opportunities to talk about this person who has transformed my life, Jesus, and to share him with other people. And, it is not about my own self-promotion, it's all about the mission.”

Q: What is the Christian community like in Iceland?

“That's what's interesting about Iceland. An American mindset is a ‘us and them’ mentality. The Christians and the secularists are on opposite sides. But in Iceland, there is no ‘us and them.’ There's just no conflict. There's no care. So, if I was a strong committed Christian, it would just be like, ‘that's weird; you're so radical.’ There's a chapter on this in the book called “Barriers to Gospel Progress” with the opening quote from an atheist radio talk show host in Iceland. He said, ‘Icelanders are not atheistic. They're apathy-istic.’ The very first barrier for the gospel in Iceland is apathy. Religion doesn't affect their life, so it's not even worth really thinking about.”

Q: How will you continue your involvement in the Icelandic community?

“It's something that I have prayed about and been interested in for a long time ever since I went in 2018. I don't know what that involvement looks like in future. I know it at least always means praying, which is the biggest commitment that I think anyone can make. To consistently pray is to have a heart for those people and for what God's doing there. I also support missionaries there financially.

“I think about it in the context of soil. Iceland is basically one big volcanic island in the Atlantic. It has more active volcanoes than many other parts of the world. They frequently have volcanic eruptions and are even waiting for certain volcanoes to blow right now. It makes me think of the parable when seeds are sown among rocky soil. That's what it's like in Iceland. You might have something grow up for a little bit, but then it will wither and die.

“So, my prayer, thinking about this volcanic soil in Iceland, is that there would be those committed Christians who burrow down through all of the layers of rock and embed themselves in Iceland, and have a strong foundation, such that it's not just a kind of sowing of seeds that keep withering and dying, but that there's this deep-rooted faith like trees planted in the rocky soil that burrow themselves down through the rock, and grow and live for generations.”

Stauf’s book is available on Amazon, and the official book launch is available to watch on Facebook. The video features Stauf discussing her work as well as pastors from the Iceland talking about “how to become equipped to pray, support, and work for revival in Iceland.”

To read more about what went into the of writing Northern Lights, click here to read an earlier interview with Stauf!