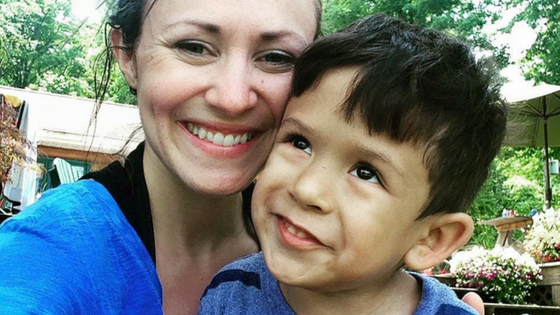 Brooke Hamlin wanted to do something big for the Kingdom of God, so she came to PHC. During her time in college, however, she saw classmates doing “big” things for the Lord not primarily because of brainpower, ambition, or opportunity, but because they first learned how to be faithful in the “little” things.

A few years after graduating with a journalism degree, Hamlin relocated with her husband to serve at a church in the tiny town of Hazen, Arizona. She often wondered, “Lord, why do You have me here?” One afternoon, after asking this same question, she was “hit with a divine download.” A new idea unfolded in her brain, and it all centered around a very special little boy named Noah whom she had met a few years ago.

Faithful in the Little Things

Hamlin met Noah when she was doing a “little” thing for the Lord. She was teaching Vacation Bible School to some young students. At first, it seemed as though none of the children wanted to pay attention. Finally, seeking to engage them, she asked if anyone knew the names of the three men God had rescued from the fiery furnace.

A little voice piped up above the rest; “Shadrach, Meshach, and Abednego!”

The voice belonged to a two-feet tall, 20-pound, five-year-old kid named Noah. Noah knew all songs from the Veggie Tales and had a joyful personality that the other kids soon rallied around. 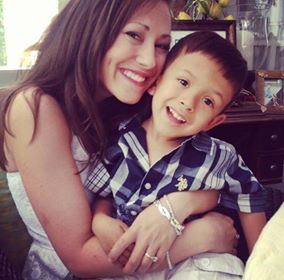 His adoptive parents, Frank and Tammy Spiker, got him at Walmart, literally.

Early in their marriage, the Spikers decided they would take in the children that no one else wanted. Nine adoptions later they felt they had reached max capacity. Then, they got a phone call. Social services asked Tammy if she could take in two children who desperately needed a safe home. Did she know of a secure location where they could meet right away?

It was late when Tammy drove to Walmart to meet a three-year-old and a one-year-old. The sight of the one-year-old was heartbreaking. He was as small as a newborn. Severe malnutrition and a case of criminal neglect meant the 11-month-old weighed only 11 pounds. Barely more than skin and bones, the baby was unable to lift his head, and his dark eyes rolled lifelessly up into their sockets. Because of his birth mother’s drug abuse, his optic nerves had never developed, resulting in complete blindness.

He could only cry.

Medical personnel showed up at the house with a feeding pump. Every three hours, Tammy would need to hook Noah up to undergo the one-hour feeding process. They told Tammy to lay him on the bed and let the nutrients slowly seep into his system. Tammy decided not to leave Noah alone for hours each day, so she bought a rocking chair.

“We lived in that chair for a year,” Tammy said later.

The Spikers did not know whether Noah would ever progress beyond a vegetable state—ever walk, talk, or understand human language. Each feeding session, Tammy prayed and read Scripture over Noah, telling him; “Noah, your eyes don’t work, but that doesn’t define you. God says you are amazing, and that you are the apple of His eye.”

After weeks, the combination of human affection and nourishing food resulted in a transformation. Noah gained weight, muscle control, and the ability to respond normally to human interaction. After a year of intense speech therapy, God answered the Spiker’s prayers.

As Noah grew, he delighted them with a big vocabulary, deep intelligence, and sportive sense of humor. He also revealed an extraordinary imagination. He told them elaborate stories of his adventures. The backyard was actually a jungle filled with tigers and bears. His room was an African savannah and his bunk-bed launched him into space. Occasionally, the family was in deadly peril from stampeding dinosaurs. Noah himself could turn into a rabbit, a policeman, or a knight.

But even more impressive than the scope of his imagination was the depth of his faith. All of his life, Noah never had to see anything to believe and trust that it existed.

“Jesus is as real to Noah as the physical world is to the rest of the population,” Hamlin said.

It was Noah’s faith that inspired Hamlin’s “divine download” One moment she sat on the couch in Arizona, wondering what she should be doing, the next moment she had an idea for a children’s book. The book would use Noah’s story to communicate the Gospel to children.

“I had no idea how to illustrate a children’s book...or format a picture book, or submit it for publishing,” Hamlin said.  Her journalism classes at PHC had stretched her skill as a writer “in every imaginable direction,” and she knew she could communicate this most important Gospel message too. 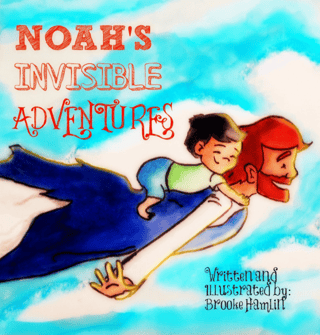 The next few months, Hamlin spent any spare moment working on her project, and the result was her first book, Noah’s Invisible Adventures. The story coalesced around a few simple truths: there are more ways to see than with physical eyes, and the eyes of the imagination can transform the ordinary into grand adventures. Most importantly, just like Noah, we can learn to “open the eyes of our faith,” Hamlin said. “Faith is the key that unlocks the door to our hearts so that Jesus can come in.” That, she said, is the ultimate adventure.

While she is still working on her ultimate goal, to continue raising funds to support the Spiker’s expensive process of homeschooling a blind child, her biggest reward is seeing Noah’s story “open the eyes” of children who have read the book and encountered Jesus as a result.

While Hamlin had no idea that God would use her in this way. She believes the important thing was being ready and learning obedience to God in everyday life.

“It’s about striving to the “invisible” life—to be totally here in the moment, completely willing to pour ourselves out for Jesus in whatever way He calls,” Hamlin said.

As she wrote near the end of Noah’s Invisible Adventures,

“Even though no one alive has seen God’s face, or knows the same of His eyes, or the curve of His nose, when Noah started acting like Jesus, people could watch him and get a good idea of what Jesus looks like...Miracle of miracles, a boy who has never seen a sunrise or the colors of a rainbow, has glimpsed the heart of God. A child who has never seen his own face in the mirror, has been used to make the Invisible God, visible.” 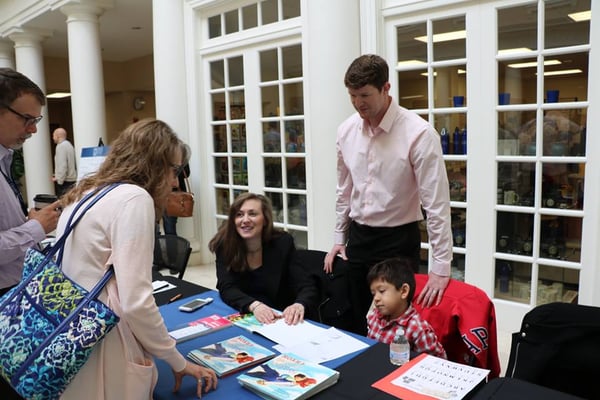 Contact the admissions team to learn more about PHC! 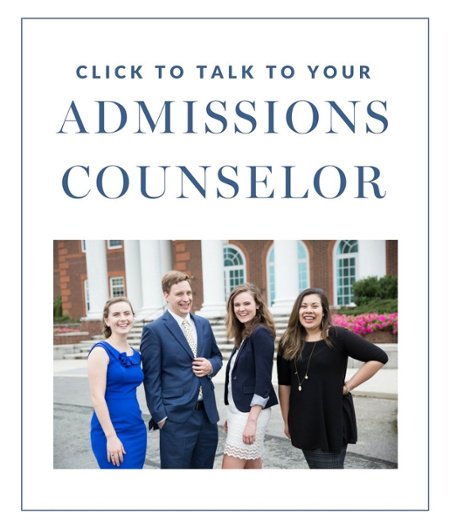