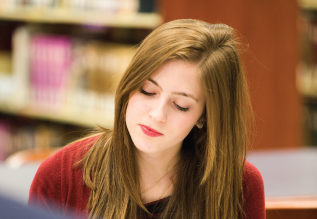 Dr. Bayer has served as Assistant Professor of Government at PHC since 2008. A Canadian by birth, she has taught in the Foundation Year Programme, the University of King's College, Halifax, Nova Scotia; Saint Mary's College, Leavenworth, Kansas; and George Mason University, Fairfax, Virginia. Dr. Bayer researches and teaches Medieval Philosophy, Reformation thought, and contemporary Christian philosophy. Dr. Bayer edits Anglican Way, the magazine of the Prayer Book Society of Canada, and has also published a collection of essays: Reformed and Catholic: Essays in Honor of Peter Toon, (Wipf and Stock).


In her Faith and Reason Lecture, Dr. Bayer, who earned her Ph.D. from the University of Notre Dame, profiled one of the lesser known Founding Fathers, James Wilson (1742-1798), who presented laws as a form of philosophical reasoning and viewed skepticism toward philosophy as a detriment to political freedom. Unless laws are understood as moral truth, he believed, despotism will certainly arise, and, as a legal philosopher, Wilson critiqued modern views of sovereignty together with William Blackstone’s notions of jurisprudence.