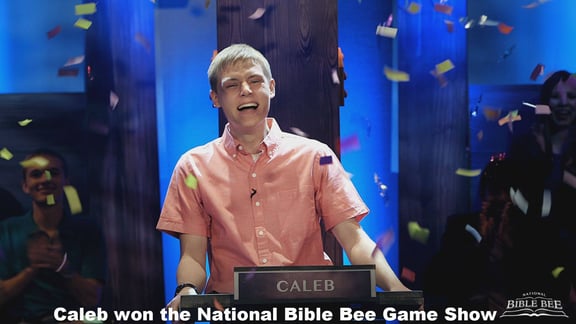 Freshman Caleb Hoverson gathered students with an interest in evangelism to spread the Gospel door-to-door in Purcellville, the Virginia town that's home to Patrick Henry College, and surrounding areas.

“You can’t fail when you do evangelism,” Caleb said. “If you’re obedient even in an imperfect way—God’s word doesn’t return void. As long as we do our part of the work, God will bring his will to completion.”

Caleb and five other students began evangelizing about a month ago. He believes that spreading the Gospel is a practical way to apply the mission of Patrick Henry College, to shape the culture, on an individual level. Caleb hopes the practice of evangelism will bring even more students together for a common goal.

Some may know Caleb as the winner of the 2017 National Bible Bee Game, a contest showcasing Bible verse memory and applied Bible study. 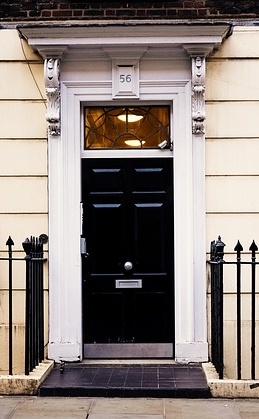 But a culture will not live for Christ and for liberty if its citizens don’t know who Christ is or what he has done for them. Evangelism plays an inherently crucial role in the mission of PHC.

“Evangelism’s not optional,” Hoverson said. “The truth of the matter is that there are so many people out there who have never been reached by the Gospel.”

At the outset of the semester, Hoverson knew he wanted to take part in some form of outreach. Encouraged by the emphasis placed on evangelism in chapel messages by literature professor Dr. Steven Hake and student body president Daniel Thetford, Hoverson decided get the ball rolling. He found a number of peers who expressed a similar interest.

Evangelism’s call resonated with freshman Joseph Chinn. Joseph and Caleb talked about avenues for evangelism as early as the first week of school.

Caleb sees a major opportunity for PHC students to minister here in Virginia, where there are so many people compared to his home in North Dakota, where 700,000 people are spread across the state.

When he reads Matthew 9:35-38, Caleb believes the Word when it says the harvest is plentiful but the workers are few. There is no opportunity crisis; there is an absence of people willing to live out the Great Commission, he said.

Caleb is surprised at how well the group has taken off and sees the group expanding in the future. He hopes to integrate regular participants as well as spontaneous volunteers, and someday hopes to expand their area of outreach—maybe even to Washington, D.C.