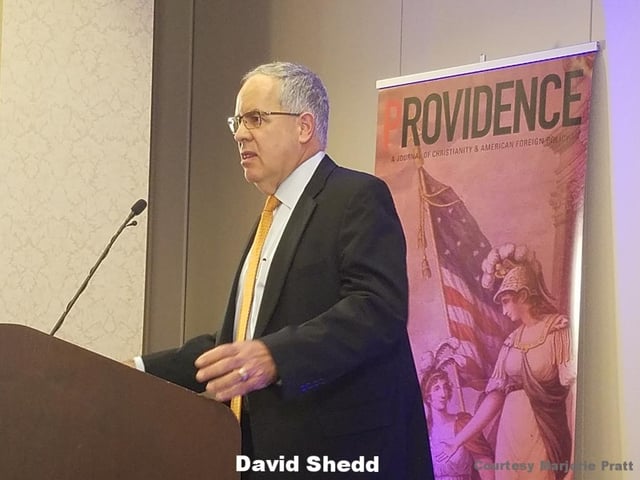 Are Christians ever called to lie?

"If you’re working in national security, deceit is part of the job," said David Shedd, adjunct professor of Strategic Intelligence at Patrick Henry College. He was speaking at the Christianity & National Security Conference in Washington, D.C., on September 29 and 30.

Providence: A Journal of Christianity & American Foreign Policy  hosted the  conference for graduate and undergraduate students. Over 100 students attended, including those from PHC.

Shedd, who served as Acting Director and Deputy Director of the Defense Intelligence Agency from 2010 to 2015, discussed Christianity and espionage. 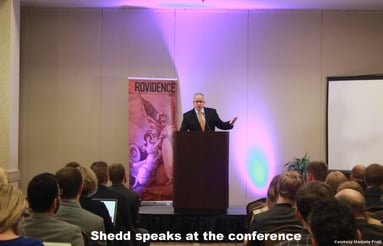 Some people called to the intelligence field are called to take part in secrecy, and some are not. Those who are called to secrecy must have to moral liberty to misinform both friends and enemies for America’s safety. Without people willing to keep secrets, the United States would be dramatically less safe.

A t the conference, students got to hear from 17 experts in the intelligence field as they discussed subjects ranging from the morality of nuclear weapons to the theology of just war to civil liberties in the context of foreign policy.

"Attending the conference was a really rewarding experience," said PHC junior Leah Widener, a Strategic Intelligence major. "The biggest idea I came away from that conference with was a reminder that being a good leader isn't about popularity. Good leaders fix crises before they occur, which means they often don't get recognition for stopping a problem that never happened. As Christians, if we are to be leaders within our communities, we need to remember that it's not about gaining influence or popularity. It's about serving others and mediating problems in a Christ-like manner."