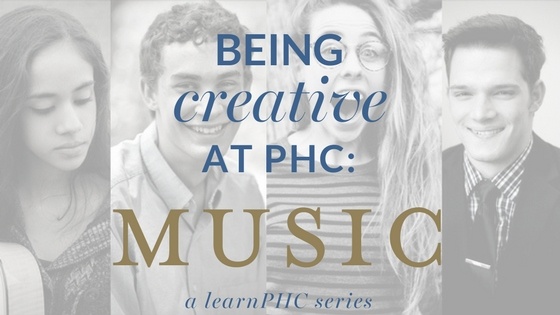 Many students who love singing, playing instruments, and songwriting come to PHC and wonder how they will fit in the music that they love with their busy new lives. PHC students Gabriella Johnson, Andrew Luchuk, Caitlin Coulter, and Seth Shepherd find stress relief in using their musical skills—from singing to classical piano to songwriting—to create and perform. Read on to learn about why these college students make music a priority in their hectic schedules.

Sophomore Gabriella Johnson expresses herself through writing poems and songs. Sometimes she performs them at PHC’s coffeeshop music recitals, which any student can audition for.

“I do enjoy seeing the reactions on people's faces depending on the piece,” Gabriella said. “People are so funny when they hear original music, like they don't know what to do with a song they've never heard before, because no one's told them what to think about it yet. It's really scary performing originals, because you don't want the worth of your music to hang on people's opinions.” 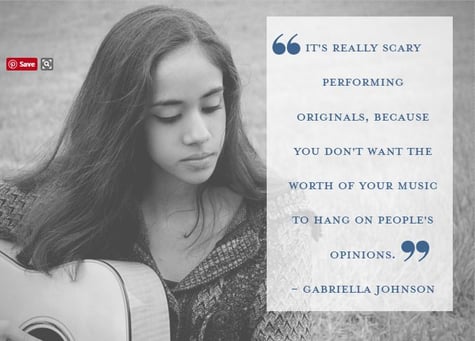 Her favorite pieces are the ones she keeps private.

“I usually write songs about personal struggles like envy, spiritual doubt, or anger, but I've also been inspired to write positively about personal relationships and inspiring people in my life,” she said. “I wrote a song about my struggle with being envious of my closest friends, and it helped me to realize how wrong my thoughts and actions were.”

It is easy for Gabby to pick her favorite original song.

“My happiest, favorite song to sing is one I wrote about my boyfriend and our freshman year,” she said. “I love to look back on how we became best friends through the trials and stress of college.”

Sophomore Andrew Luchuk has played piano for ten years and writes music in his spare time.

“I like to play the piano because it gives me a change of activities which often boosts my productivity and because it helps to me to destress after a long day,” he said. “It helps me to deal with strong emotions… Sometimes I like to improvise songs, but it usually depends on my mood.” 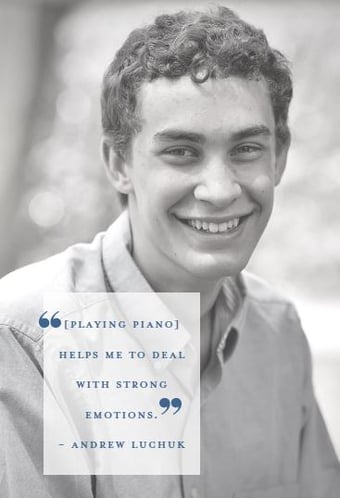 When Andrew does have time to write music, he writes songs he describes as “soundtrack style” in the vein of Hans Zimmer.

Andrew has taken Applied Piano from Adjunct Professor of Music Gaby Siegel since his freshman year. His favorite piece that he has performed at a PHC music department program is Franz Liszt’s “Hungarian Rhapsody No. 6 in D-flat major,” which he played at a spring recital his freshman year.

“I like it because it is really hard for me to play, but is very fun both to play and to listen to,” Andrew said. “It's very energetic. So whenever I play it, I feel like I've done good work, and I think that my hearers enjoy it too.”

Senior Caitlin Coulter loves to sing, whether she is alone in a practice room or performing at a PHC coffeeshop recital in front of a hundred of her classmates.

“Being creative has become very important to me, especially as I reach the end of my time at PHC and everyone is starting to go their own ways, because it is something that I can do by myself,” she said. “Just messing around with chords on the piano and singing along is such a release for me. [It’s] important for my creative gene and mental health.” 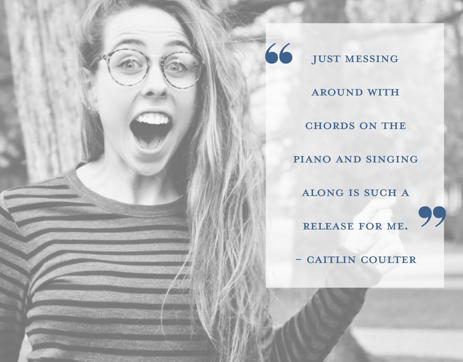 Caitlin is on PHC’s chapel guild, meaning she is one of the vocalists on rotation leading worship in chapel. Corporate chapel takes place every Monday, Wednesday, and Friday of the school year here at PHC. “Something that chapel guild does especially well is force you to focus on worship,” she said. “Just as you learn so much more when you teach, leading worship necessarily causes you to pay more attention to the flow of songs, the meaning, the beauty, and the words.”

Sophomore Seth Shepherd loves being able to use his musical abilities to make his friends laugh at PHC’s once-a-semester Harmonicomedy. His freshman year, he and six other guys wrote a parody of “The House of the Rising Sun” about getting bad grades. Seth, who has played the violin for ten years, riffed off the chord progressions of the guitarists in his group. 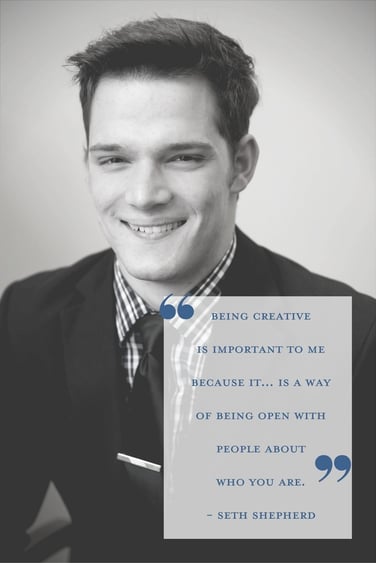 “Working on the music for those types of events with your group is incredibly relaxing and freeing,” he said. “You can literally do anything you want musically in those settings.”

Honing his skills and making time for orchestra practice is tough, but Seth finds it worth it to feel capable of expressing himself through his music.

“I think that being creative is important to me because it influences other people and is a way of being open with people about who you are,” he said. “The musician is creating an experience that only lasts so long and is always completely unique… This kind of gift is like nothing else in the world.”

Did you create music at Patrick Henry College? Let us know about your experience!