Why Study Latin and Greek? 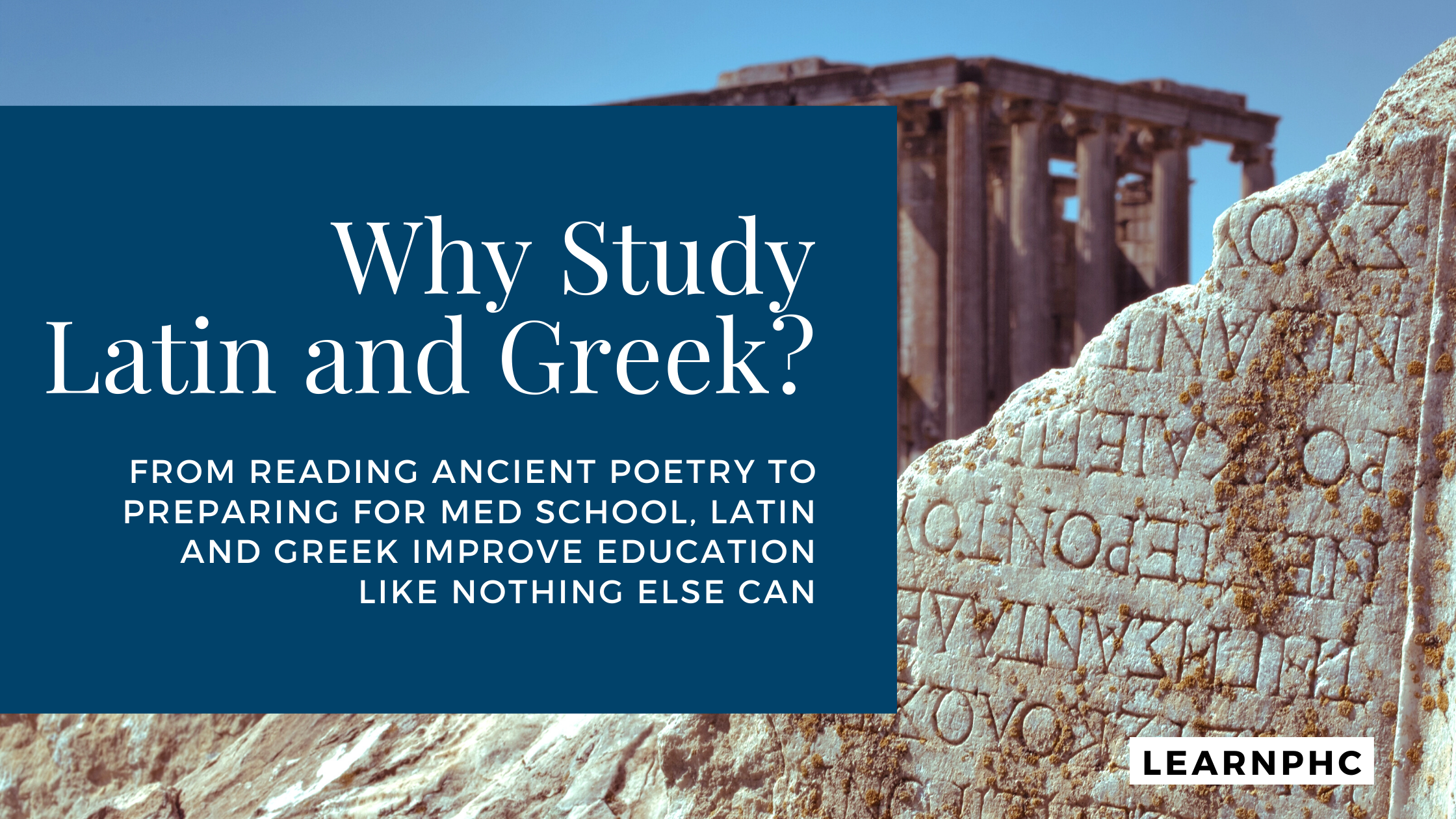 At Patrick Henry College, regardless of major, students study the classical liberal arts: literature, philosophy, history, and more throughout the core curriculum. Students must take four semesters of a foreign language, either modern or classical, to graduate. While choosing to learn a modern language may appear more practical at first glance, students and professors alike argue that learning classical languages furthers classical education in a way nothing else can.

Dr. Stephen McRoberts, PHC’s Latin and Greek professor, explained both classical education and western civilization are rooted in ancient Greek and Roman culture. To fully understand those societies’ thinkers, historians, and poets, McRoberts argues there is no replacement for learning their languages.

“The only way in which you can really begin to know a culture is to read the language,” he said. “To learn Latin and Greek, preferably both of them, is essential.”

Senior Ethan Snider, who is currently finishing Latin VI and teaching Latin at a local school, explained that learning languages is a form of practicing the classical model of education, the trivium. The trivium consists of three stages—grammar, dialectic, and rhetoric—which can be applied to every subject.

When learning a language like Latin or Greek, the student begins by memorizing vocabulary and constructing sentences, then understanding what the authors are saying, then interacting with the conversation and forming new opinions.

Latin and Greek can be difficult to learn. Junior Rachel McCracken, who is in Latin IV, explained that in a Latin sentence, the noun and the verb could be separated by 15 to 20 words. The languages are full of tenses, moods, and conjugations.

“Even the smallest things in Latin make a difference,” she said. It’s like a puzzle. Even when students apply themselves diligently, they are challenged because the language is so rich with meaning.

Classical education pushes students to pursue excellence and knowledge for its own sake, and learning a difficult language furthers that goal. “It exercises your mental muscles far beyond other languages,” Snider said. “If you have stretched your brain so hard in something like Greek, you can transfer over that now skilled intellect into any other subject.”

Learning Latin and Greek allows students to better understand the Western tradition they have inherited—in their language classes, they translate classical texts and Biblical passages themselves instead of relying on others’ interpretations. They learn how to handle language and words carefully. Learning Latin or Greek also accelerates their understanding of English, which is deeply influenced by both.

“Human nature doesn’t change from period to period,” Snider explained. By working to understand what humans thought thousands of years ago, students encounter firsthand the transcendental truths that classical education aims to uncover.