Selling Eyeballs to Advertisers in the 21st Century 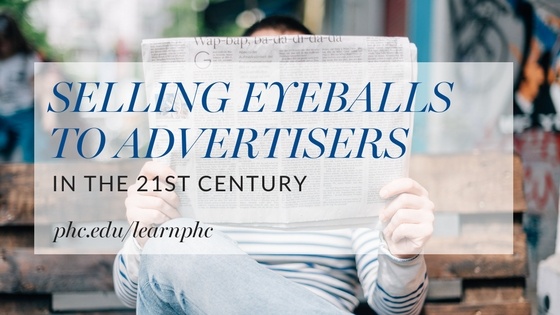 What is the number one priority of a healthy, profitable news publication? It's a fairly straightforward question, and most would likely answer something along the lines of, “Reporting well on what’s happening in the world for the good of their readers.”

But what if we told you there’s more to the story?

While plenty of publications are committed to disseminating quality information to the public for the sake of liberty and so on, there’s usually another factor in play—and that factor is cash.

Think of your favorite news organization, in print or online. How do they make their money? Perhaps partially by reader subscriptions, true, but most primarily rely on advertisers. The larger the publication’s audience is, the more advertisers fork over for a spot on the page, and the more money lands in that publication’s pocket.

Selling eyeballs to advertisers — that’s the name of the game.

In the age of print journalism, before most people read their news online, quantity meant everything. The goal was to put ads in as many readers’ lines of vision as possible.

That’s not always the case anymore. In 2016, authors Stephanie Craft and Charles Davis released a book, Principles of American Journalism: An Introduction, on the role of “selling eyeballs to advertisers” in the digital age. Here’s what they have to say:

“In yesterday’s world news audiences were aggregated and sold to advertisers. ... The fragmentation of the internet and the rise of social media networks give the news media a new metric: engagement.

"So we’ve moved from a goal of a mass audience to a goal of a carefully selected, highly engaged audience. No longer can we sell a huge market we know little about to advertisers merely craving eyeballs. That fundamental difference in terms of the goal of online journalism — from audience attraction to audience engagement, is more than just economic, however. It promises to reinvigorate the relationship between journalists and audience, a relationship that grew far too distant in the era of mass audience.” 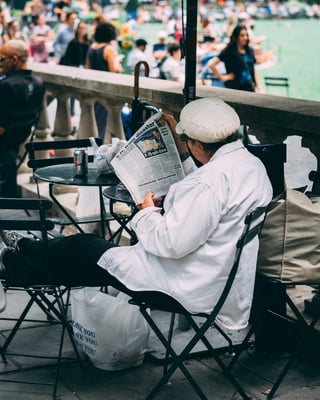 Historically, news organizations have always attracted readers whose views somewhat align with theirs. Today, however, the individual reader is becoming a much bigger deal. In February of 2017, the Pew Research Center stated that “76% of Americans say they usually turn to the same sources for news.” Additionally, 67% percent of readers describe themselves as “very loyal” to their news sources.

The reader is, in essence, shifting from a number to a representative of a community which desires very specific things; Readers of The Economist want different things than Huffington Post readers.

Principles of American Journalism began their discussion of the attention-versus-engagement shift with this preface: “Note that all of these efforts seem to be changing what’s valuable, and thus valuable in terms of media performance.” As the digital world assigns new value to specific communities of like-minded, dedicated readers, so publications will look a bit less to massive audiences for their support and revenue.

This is where native advertising comes into play.

Native ads are those sneaky articles that look like regular news but are actually just advertisements in disguise. Sometimes they’re clearly marked as “promoted” material—usually, they’re not. The New York Times published an excellent article about them here.

The reason native advertising seems to be so effective today is not simply because they are well disguised, it is that they can cater to a receptive audience. As reader “types” are increasingly specified and identifiable online, so advertisers are more capable of selling to the right sets of eyeballs. They’re not spending money on massive audiences, only small percentages of which are interested in their service. Instead, they’re narrowing their sights on smaller audiences more inclined to click through.

Ultimately, we must ask if this increasing sectionalization (and partisanship) is a healthy development for journalism.

Will publications now feel more comfortable disseminating biased information to their loyal readers? Will news values like objectivity and fairness become even more irrelevant? Only time will tell.

PHC's journalism program is dedicated to training students to think critically, write clearly, and tell true stories. Click the link below to find out more. 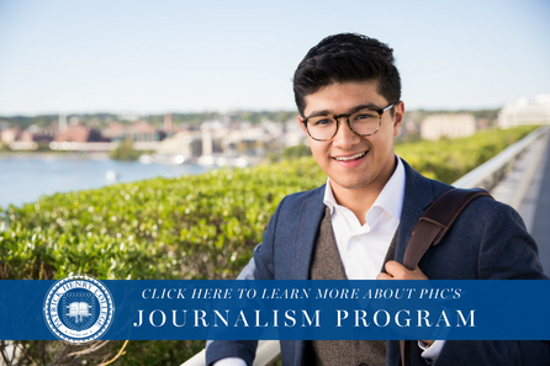