In conjunction with the 2019 Origins Conference, Cedarville University hosted a one-day conference titled “Reclaim Wisdom Beginning with Creation.” This event, timed to mark the 500th anniversary of Leonardo Da Vinci’s death, brought scholars together to address the impact of such Renaissance thought on mankind’s pursuit of truth and wisdom.

Presentations from philosophers, theologians, biologists, geologists, and pastors explored the impact of creation and origins on each of these disciplines. Three such talks are described below, which address the Christian answer to the problem of evil, the current state of the Creation Model, and the role of Christians to steward His creation.

1. The Problem of Evil 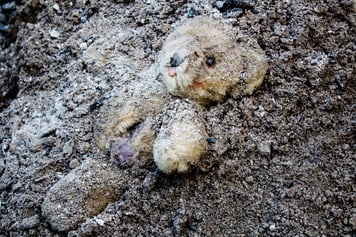 Dr. Kurt Wise of Truett McConnell University spoke on the most significant philosophical challenge to Christianity, the problem of evil. If there exists an all-good, all-powerful, and all-knowing God, why does evil persist? Because this question is not directly answered in Scripture, there is no single accepted Christian response (theodicy) to the problem of evil.

Dr. Wise described Augustine’s Free Will Defense, which defines evil as the choice of a lesser good made by free will beings. According to this theodicy, evil persists because God preferred a world with choice to a world without evil. The issue is further compounded by distinguishing moral evil (evil decisions) from natural evil (natural events responsible for suffering), both of which are traced back to the Fall of mankind into sin. Dr. Wise defended Augustine’s theodicy as it attributes both moral and natural evil to the curse God placed on creation due to the failure of its stewards, Adam and Eve. He further applied this understanding to evidence of suffering in the geologic record (or “paleoevil”). If the earth and life are billions of years old, this suffering must have preceded the Fall. However, if the earth is young, this suffering is well explained by the Fall and global Flood, both recorded in Genesis.

2. The Current State of the Creation Model

Much of creationist literature is concerned with debunking the claims of naturalistic evolution and old-earth geology. However, this pursuit is only meaningful if a viable, alternative, scientific model can be offered to replace the conventional one. Paul Garner, of the U.K.-based Biblical Creation Trust, summarized the development of such a creationist model over the past few decades. In biology, the conventional view of life is defined by continuity, by which all organisms share a common ancestor. However, Scripture indicates that God created animals separately according to their kinds (baramins), placing limits on diversification. The discipline of defining these created kinds, baraminology, involves the use of various scientific methods to search for discontinuity between groups of modern and fossil organisms, and has yielded many promising results. In geology, the conventional view of plate tectonics makes sense of a wide array of phenomena within an old-earth time-frame. However, the development of catastrophic plate tectonics has answered even more questions in a young-earth time-frame and demonstrated tremendous predictive power, which is the mark of a strong scientific model. In cosmology, several proposals have been presented to solve the problem of distant starlight. While the creation model in each discipline is advancing, further research is needed to address additional questions, some of which are raised by these very efforts.

3. Conservation and the Beauty of Animals in a Post-Fall World

Many presentations at the conference addressed the influence of origins on our understanding of nature. But some addressed mankind’s role as responsible stewards of creation. One such talk was given by Dr. Jeremy Blaschke of Union University, who proposed beauty in creation as a philosophical basis for conservation. In contrast to alternative philosophies, such as anthropocentrism and utilitarianism, Dr. Blaschke stated that beauty provides an objective basis when defined as the reflection of God’s good nature. In contrast, ugliness is defined as that which does not reflect God’s nature, such as pathogens and parasites. As a result, we are all called to reduce ugliness and increase beauty in creation by reducing pollution, preventing and eradicating diseases, controlling invasive species. When we acknowledge the value that God places on creation, we should be motivated to selflessly do our part to care for it.

These presentations are tremendous reminders of the importance of theology in the pursuit of truth. As we diligently study science and Scripture, we are equipped to better know our Creator, love our neighbors, and steward His creation.

This same motivation underlies PHC’s new major, Environmental Science and Stewardship. In this program, students are trained to apply knowledge from various disciplines to address a variety of concerns. The philosophy of biblical stewardship is the foundation of this major, and guides students in their pursuit of scientific research, environmental law and policy, science education, and the practice of medicine. The ESS program offers educational paths tailored to each of these vocations. For more information, please visit www.phc.edu/ess and feel free to contact us.