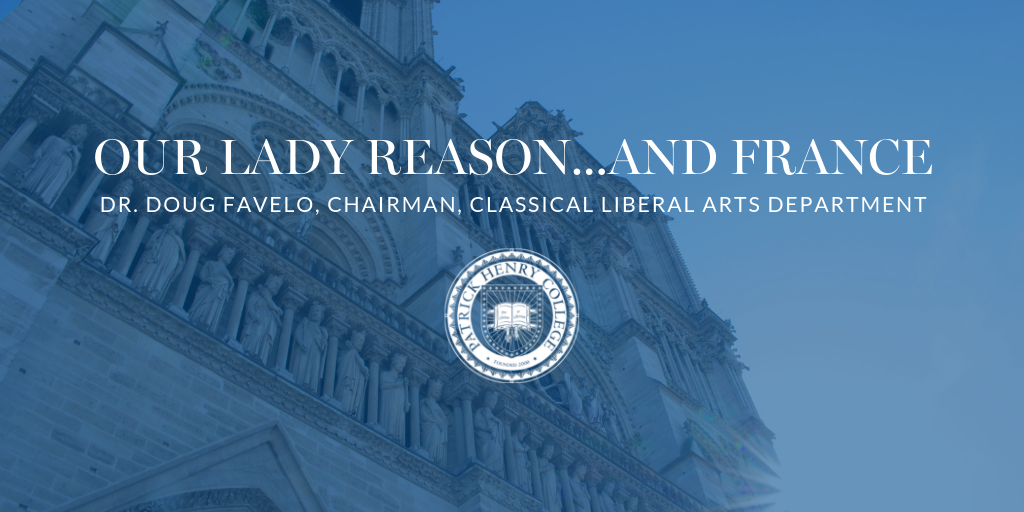 It has become almost trite to see in the physical deterioration of the magnificent Medieval
cathedrals of Europe giant metaphors for the collapse of Western Civilization, the Liberal Arts, Classics, the classics, and/or literature (take your pick).

After Notre Dame went up in flames, French President Emmanuel Macron gave a passionate and almost poetic charge to rebuild (he even called the French, rightly, a "nation of builders"). Within days we saw the philanthropic promise of hundreds of millions of dollars to Macron's beautiful "national project." But exactly what would he be rebuilding? And, why? After all, President Macron eschewed most every reference to religion, church, and certainly God in his speech.

Like many Medieval churches, Notre Dame was a project for the generations: building the
foundation, nave, and western facade alone spanned centuries, and its pre-fire spire was only a 19th-century addition. Though not the first Gothic church (that is Saint Denis, in a Paris suburb), Notre Dame certainly is the style's most iconic building.

But the history of this temple to the Virgin took a dramatic turn in the French Revolution. In its efforts to squash any vestiges of traditional Catholicism (which had been deemed irrational), the First Republic recommissioned Notre Dame as the Temple of Reason. The cathedral no longer exalted the Madonna, Christ, or the Roman Catholic Church; it was an altar to Humanism and the power of secular rationalism, a Natural Law devoid of God.

But the truth is, by the time of the Revolution, French culture had already transformed Notre Dame; Robespierre had simply named it. Historians have documented well France's shift toward secularism, beginning in at least the early Enlightenment with a skeptic named Pierre Bayle. The Enlightened philosopher Diderot's call before the French Revolution to "strangle the last French king with the entrails of the last French priest" certainly didn't appear out of nowhere. Monarchs like the Sun King, Louis XIV, had used the French Church to oppress the French people for centuries; the resulting visceral hatred made no distinction between king and priest, throne and cathedral. 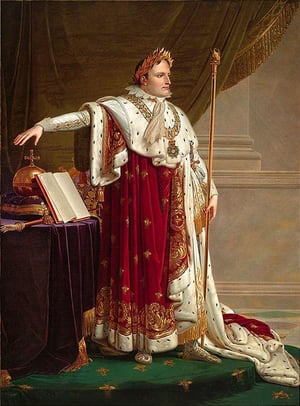 Certainly conservative backlash against the radical French Revolution tried to restore the
French Church to its former glory, but the damage had long since been done… at least to
anything like a Christian symbolism (Napoleon, who restored Notre Dame and used it for his coronation, privately thought that if he had to have a religion, he would worship the sun). Yet this was a time of the French finding a new national identity. Something had to fill that void. Riding on the heels of Enlightenment Humanism and Reason worship, the rise of hard French Nationalism in the mid-19th century simply replaced the object of traditional French Catholicism with the worship of France. Notre Dame had become a powerful symbol as a Temple of France.

Click the button below to learn more about our history program, where students will master the tools of first-class scholarship, to analyze historical topics in depth, and to defend their conclusions with rigor and intellectual honesty.

Patrick Henry College exists to glorify God by challenging thee status quo in higher education, lifting high both faith and reason within a rigorous academic environment; thereby preserving for posterity the ideals behind the "noble experiment in ordered liberty" that is the foundation of America.