A Liberal Arts Education That Pays Off 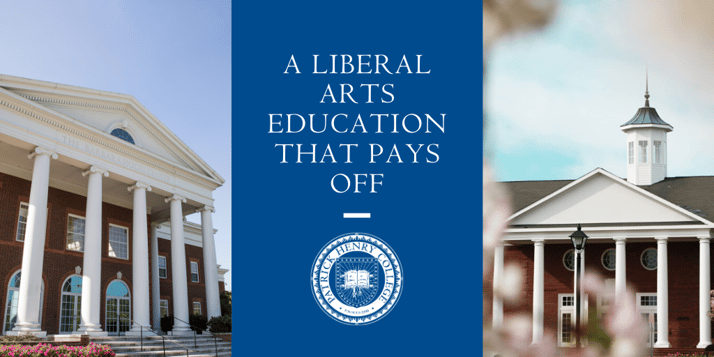 Our society has widely stopped valuing liberal arts degrees, believing them to not be practical, useful, or financially beneficial. An article from the Washington Post states, “There has been a lot of skepticism about the value of a liberal arts education, a feeling that tends to spike during economic downturns, prompting many students and parents to seek training for a specific career.”

But a study from Georgetown University that analyzed the return rate of 4,500 colleges says otherwise.

The study found that the return on a liberal arts education is not immediate: “at 10 years, the median return is $62,000 — but over the decades of a career, it is solid,” Washington Post said. The only schools that had a better return rate than liberal arts schools were institutions with high-level research such as Stanford University or Massachusetts Institute of Technology. So how much return are liberal arts colleges expected to get?

According to the Washington Post: “The median 40-year return of $918,000 at liberal arts colleges is more than 25 percent higher than the median for all colleges.”

Anthony P. Carnevale, director of the education and workforce center in Georgetown, believes that the secret is having knowledge of a specific field as well as "the general education that allows a person to be flexible and draw on a wealth of knowledge.”

Patrick Henry College is dedicated to providing students with this same high-quality education to enable them to be successful in the workforce. But it goes a step further than that. PHC seeks to aid students in understanding what it means to live well and flourish. It accomplishes this on two levels:

PHC is committed to an extensive Classical Core curriculum of 63 credits founded on the great texts and ideas that have stood the test of time. In the classroom, students are presented the opportunity to engage with culture-shaping texts and learn the historical significance of where society is at today. Regardless of major, every student must complete the entire core. This is specifically designed to give students the general education that allows them flexibility later on.

The goal of PHC’s liberal arts education is to not just teach them facts and information, but a conceptual framework and methodology that teaches students how to think, not what to think.

PHC believes that a thorough understanding of our nation’s founding is vital to understanding liberty and what it means to be free. PHC students must complete courses about American Heritage such as Constitutional Law, Freedom's Foundations, Western Civilization, and U.S. History.

Students learn to articulate ideas well through forensics activities (rhetoric and persuasive discourse) that draw students into a deeper understanding of concepts, from logic and rhetoric to government and foreign policy.

Preparation for the Future

Through the rigorous education at PHC, students acquire the skills necessary to analyze complex ideas and understand the most significant events in history. Students can gain in-depth knowledge of particular subject areas through choosing one of eight unique majors, ranging from Literature to Economics and Business Analytics. The 63-credit core gives students the general knowledge they need to be effective in the workplace after graduation.

Click below for more information on PHC's core curriculum!