Civic Virtue: Fulfilling Our Duty as Citizens and Christians

What is civic virtue? And what does it mean to be a Christian leader as well as a dutiful citizen?

Patrick Henry, a founding father of the United States, was a fierce advocate of liberty under the restraint of law and virtue. He once said, “No free government, or the blessings of liberty, can be preserved to any people but by a firm adherence to justice, moderation, temperance, frugality, and virtue; and by a frequent recurrence to fundamental principles.” 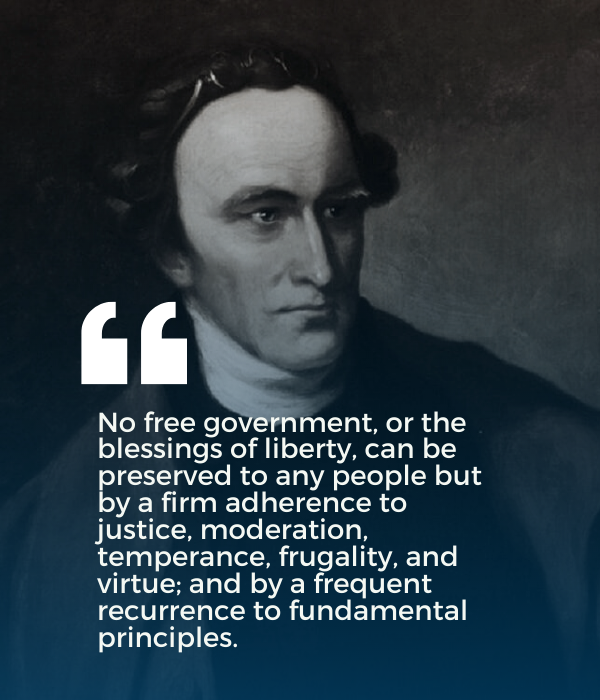 Such a speech today would be met with general agreement. After all, who could really be taken seriously by arguing against the imperative of virtue and justice within a civil society? But as the American political conversation moves steadily away from the principles behind the Constitution, virtue, and justice are coming increasingly under attack through subtle policy changes, evolving family dynamics, and mass media normalization of immorality.

As our country grows more divided on matters that are biblical at their roots, godly virtue has been shunted in favor of trendy—and dangerous—agendas. In a 2015 update, the app Snapchat began circulating clickbait articles and news stories on their explore page to their 498 million users, many of them teenagers and young adults. These articles included a vast number of LGBT+ narratives in order to reel in their younger audience and uphold far-left values.

The Federalist published a story this year that addressed the alarming nature of these news stories and how they specifically target the impressionable demographic with assaults on traditional family values in a massive media effort to “rewire” what God has intended as sacred.

Such attacks against the traditional, biblical family are growing increasingly common, and the continued normalization of a “rewired” family unit is threatening every American.

Over 22 million children are affected by fatherlessness, an epidemic that is linked to increased drug and alcohol use in teenagers and adults, and 85% of youth currently in prison grew up in a fatherless home. Marriage rates have plummeted in recent years. According to Pew Research in this May 2020 article, "Three-in-ten Millennials live with a spouse and child compared with 40% of Gen Xers at a comparable age."

So what does upholding civic virtue mean in a republic built on a Constitution such as ours?

For starters, studying the greatest minds in Western Civilization fosters a deep understanding and appreciation for our nation’s founding values. A graduate from Patrick Henry College should have a broad knowledge and appreciation of our roots and the value of Western civilization and its theological and philosophical foundation in the Christian tradition. PHC students should understand that self-government and self-discipline under God is the key to becoming a virtuous man and a spiritual leader.

At PHC, Resident Assistants (RAs) act as spiritual guides, shepherding other students in their own personal capacity to grow as followers of Christ. RAs lead Bible studies and encourage spiritual and pragmatic virtue from fellow students in the dormitories. Resident Directors (RDs) are dedicated to the welfare of the student body, and to upholding PHC’s commitment to a virtue-centered campus life.

Patrick Henry College strives to assist students in reaching their highest and best in their relationships with God, their families, and civil society. Virtue, rather than vice, is the goal of campus life. Click below to read how PHC fosters virtuous leaders: