More parents, students, and teachers are becoming increasingly aware of the shortcomings of an ever-narrowing “common core” education in the K – 12th world and the hyper-specialization of academic programs that are becoming increasingly prolific in the landscape of higher education. Patrick Henry College exists for them! PHC is one of the very few colleges that champions classical and Christian education.

At Patrick Henry College, not only is the entire philosophy of education built upon a rigorous classical liberal arts core, beginning with the authority of revealed truth found in the Holy Scriptures, but PHC provides a Bachelor of Arts degree in Classical Liberal Arts.

This trend of hyper-specializing academic programs by substituting  traditional disciplines with exotic, non-traditional study is troubling and presents a problem: narrow training within a narrow field provides for a lack of perspective among our nation’s best and most qualified thinkers. Worse still, many of these secular programs provide students with an education that’s not rooted in a basis for ethical principles, giving them no ideological foundation to stand on. 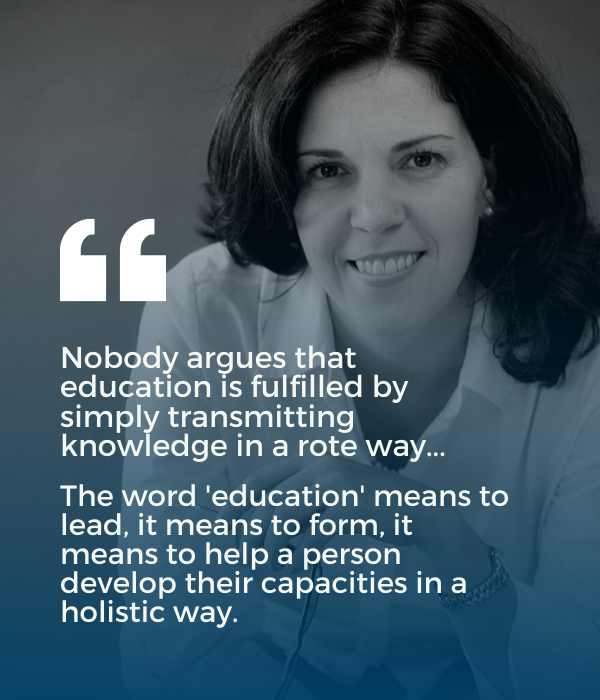 from Dr. Margarita Mooney in an interview with ACTA

One organization, the American Council of Trustees and Alumni (ACTA), whose mission is “promoting academic freedom and excellence,” highlights this problem in issue number 3 of volume XXVI of Inside Academe and their interview with Margarita Mooney.

Mooney, currently an associate professor at Princeton Theological Seminary, told ACTA that the key to recovering higher education is to return to a proper understanding of education itself.

“Nobody argues that education is fulfilled simply by transmitting knowledge in a rote way,” says Mooney, “or simply passing on skills. That’s not what the word ‘education’ means. The word education means to lead, it means to form, it means to help a person develop their capacities in a holistic way.”

So often, Mooney argues, this isn’t the case in K-12 and college education. Instead, good “teaching” has been conflated with an ability to push out a set number of graduates who can score a set amount on a test.

A classical liberal arts education, on the other hand, aims to create good thinkers who know how to connect ideas in order to find solutions to problems and complex questions.

Dr. Michael Poliakoff, President at ACTA says this in the forward of What Will They Learn:

Employers are looking to hire graduates who can reason, write, and communicate effectively. These are the skills a well-designed general education program develops in students, and we know from surveys of business and industry leaders that they are in short supply today. Unfortunately, many colleges and universities have removed the course requirements that have, for generations, constituted the backbone of a collegiate education.

At Patrick Henry College, the Classical Liberal Arts program uses the Word of God as the basis for human thought, and from there, builds an education that empowers its students to become masters of thought.

What is the true purpose of college? Preparing for a job or flourishing as a human?

By encouraging students to think critically and argue persuasively, we are teaching Patrick Henry College graduates how to become excellent Christian thinkers and leaders.