Is Your College Going to Prepare You for a Great Future? 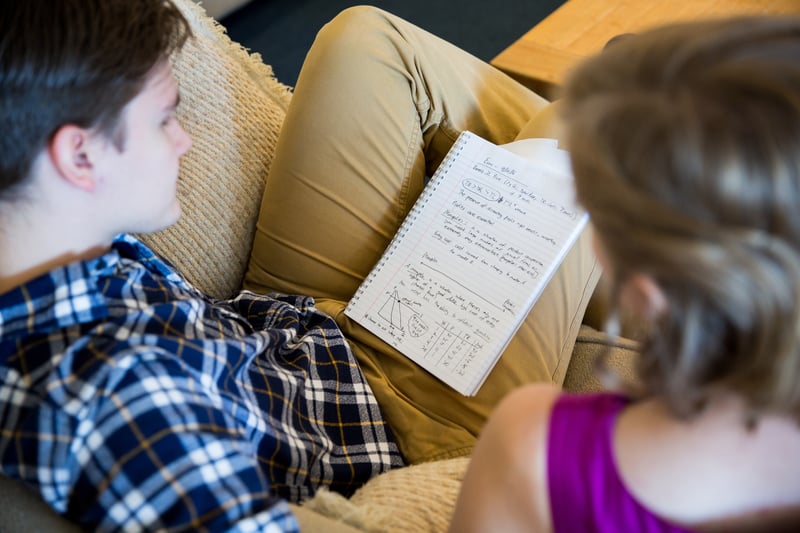 A recent article from MarketWatch.com says that students choosing colleges are overlooking some of the most critical factors. One major oversight is the consideration of how likely they will interact with the college’s most qualified faculty.

In it, he argues that students are making decisions based on the perceived prestige of a college, instead of examining how many classes will be taught by qualified professors who care about preparing them for a great future.

Student-faculty interaction is one of the biggest focuses of Patrick Henry College, which has a student to faculty ratio of ten to one (that’s twice as good as the national average!).

“Our PHC professors are genuinely interested in you as a person,” said senior Cory Gibbons. “At PHC, they’re very much training your brain to think.”

The crux of Berlinerblau’s argument is that the traditional university system is failing students by encouraging professors to avoid teaching and focus on research, meaning that students learn from teaching assistants who are much less qualified. Berlinerblau notes that students are choosing Ivy League schools partly based on the star professors there, but never actually interacting with or learning from them.

The author also adds that prospective students should not rely on a college’s rankings, because rankings tend to focus on factors like selectivity, which does not necessarily help individual students learn once they are on campus.

So what is Berlinerblau’s advice? First, for students to consider small liberal arts colleges, and second, to pick their college based on class size as well as the amount of classes they’ll be taking from extremely qualified professors.

Small liberal arts schools “make sure that their faculty is incentivized and motivated to teach well,” Berlinerblau said in the MarketWatch interview, because each student matters so much to the college’s finances and reputation.

For example, at PHC, 84 percent of all classes are taught by terminally-degreed professors, meaning that they have earned the highest degree attainable in their field.

Another number that prospective students and their families may be interested in is PHC’s average class size. Berlinerblau recommends a class size of 25 or less. PHC fits right in with his recommendations—two thirds of PHC classes have under 20 students, according to the PHC 2016 Factbook.

Berlinerblau never addresses this point, but a small school can also mean getting to know professors as spiritual mentors.

“Here at PHC, professors are able to be open about God,” said junior Leah Widener. "One of the most impactful things is them praying... The fact that they would do something so small… really means a lot to me.”

We hope this post was helpful to you! Comment below with what you think makes for a good college experience. Click the button below to learn more about the Classical Liberal Arts experience.