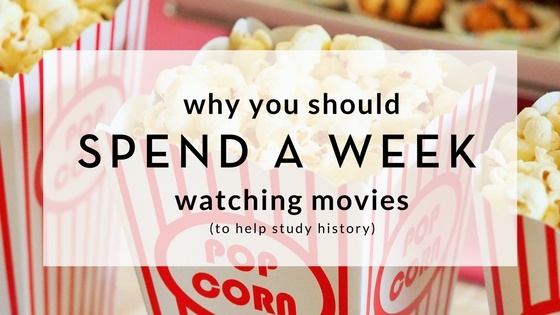 Historians obviously use many documents to study the past: diaries, statutes, paintings, or literature. But did you know that movies can help you understand history? Here’s a few reasons why!

Studying movies through the lens of history creates some fascinating insights. For instance, during the Cold War, westerns were used by liberal movie directors to address various American social problems. For instance the 1952 movie High Noon was an allegory of Cold War tensions; the movie was so liberal that conservative John Wayne denounced it then teamed up with Howard Hawks to create Rio Brave in 1969 as a response.

2. Find the metaphors within different movies!

Did you know that the book, The Wizard of Oz, was written as a metaphor about the populist movement? Even though some details are changed, the movie still represents that metaphor. If you view movies as a historical document, you can catch lots of interesting meanings behind what seems to be a simple plot.

3. Understand movies for their historical significance

When most people refer to a historically important movie, they’re referring to a record-breaking film. Occasionally there might be a “historical” movie that tries to retell a historical event, but does so inaccurately. But most movies can be used to study history by showing what the culture valued in terms of politics or religion. Movies are just another primary source that historians can use to analyze cultural trends.

4. Studying movies for history helps you better analyze the worldviews at play

If you’re trying to find the historical significance in a movie, you’ll also pay closer attention to the different worldviews shown within the movie. You can learn to better engage with and learn from the films your watching.

5. Have a blast studying the past!

If you thought studying history was boring, think again! By watching movies you can actually learn a ton about American history. Plus, studying under an amazing professor will make facts and years come to life.

Interested in watching eight movies with a bunch of teens from all over the nation? Try our History Through Film Summer Camp! For more information, check out our teen summer camp description and sign up today!

History Through Film camp is taught by Dr. Spinney from July 16th-22nd