The updated manual includes changes and clarifications from the previous version. President Jack Haye approved the changes on Aug. 28.

The manual now includes the dance policy and the new chapel policy. The dance policy begins, “The intent of these dance guidelines is to help create an environment that will cast a vision for Godhonoring celebration, as well as to describe the boundaries for social dancing and dance events that are in keeping with the spirit of our community standards. Dancing is a way to celebrate, exercise, and have fun.” Prior to this change, school policy prohibited dancing on campus.

The new chapel policy allows 10 absences per semester. After exceeding their skips, a student will receive a Chapel Warning letter. The letter lists the instructions for meeting with a Resident Director to discuss the student’s absences. If a student continues to miss chapel after receiving a Chapel Warning letter and meeting with the Resident Director, the student will be placed on Chapel Probation. The student will then be required to meet with the Dean of Students. Until this meeting, a hold will be placed on the student’s account. 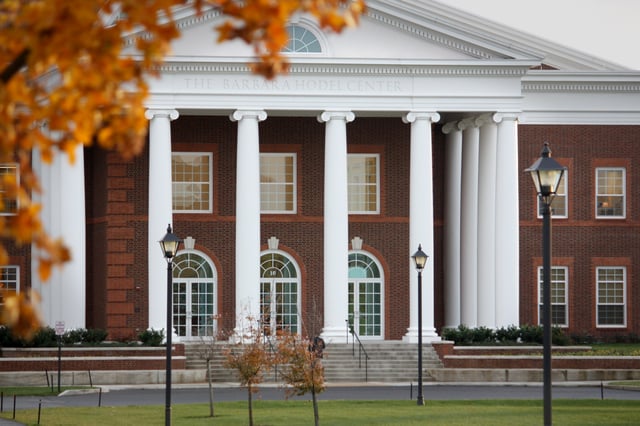 The new manual also includes a mental health policy. The policy reads, “According to research, the risk of self-harm is particularly high in the first few weeks following discharge from a hospital. Therefore upon return to campus the student who has been hospitalized will review a care plan with the one of the Deans in Student Life. The purpose of this meeting will be to provide a set of expectations for a return to campus life and outline a plan for follow-up care.”

This policy also includes clarification on the disciplinary protocols for serious violations of the community standards. The manual states that serious violations include illegal drug use, intentional use of alcohol or tobacco, arrest by civil authorities, hazing and/or harassment, intentional damage to property of the college or others, academic dishonesty, possession of a prohibited weapon on campus, theft, unauthorized use or discharge of a weapon on campus, and others, such as sexual harassment and/or sexual assault.

The new protocol outlines three steps for disciplinary action. Step one: admonition. On the first occurrence the student will receive a warning that a violation of the community standards has occurred and that repeating the behavior will result in additional consequences. Step two: a meeting or official warning. “

The intent of this meeting is to explain to the student what his or her wrong doings are, why it is against the standards, and to take informal corrective steps to help the student with his or her violation,” the manual states. The meeting will result in the creation of an incident report, filed with the Office of Student Life. Step three: a formal response. After a third violation the student will meet with a Dean and a faculty member to discuss disciplinary actions. The result can be a formal plan of action such as probation, restitution, community service hours, removal from leadership positions, or a growth contract. The meeting may also result with suspension or expulsion. The student has the ability to appeal any decision made in this meeting according to the Judicial Process outlined.

Issues of sexual harassment and/or assault will be dealt with according to the existing Sexual Misconduct Policy, and not according to the disciplinary protocol of other serious violations.