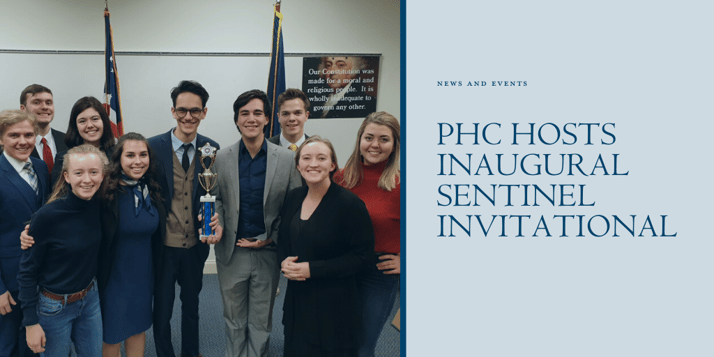 The tournament was created to allow teams with students who had minimal or no previous college mock trial experience a chance to compete against similar teams from other colleges. Each team faced the other teams once in a round-robin format. The teams were judged by local attorneys and community judges, creating a full competition experience for the students.

Our PHC Blue team prevailed as the tournament champion, winning 5 of 6 ballots, with PHC Green taking second place overall. Individual awards were given to the top five attorneys and top six witnesses in the event, with students from every team earning such recognition.

We believe that God calls Christians to serve in every area of culture, including law and government. By training leaders to communicate effectively, Christian students will be equipped to excel in their sphere of influence because they carry the truth and glory of God. Learn more about Patrick Henry College's world-class Pre-Law Advising Program.