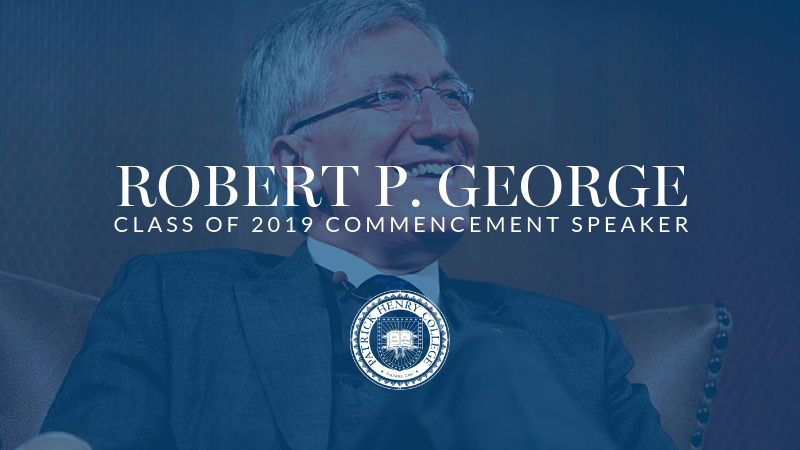 "...This country’s most influential conservative Christian thinker. Dressed in his usual uniform of three-piece suit, New College, Oxford cuff links and rimless glasses­, George convened the meeting with a note of thanks and a reminder of its purpose. Alarmed at the liberal takeover of Washington and an apparent leadership vacuum among the Christian right, the group had come together to warn the country’s secular powers that the culture wars had not ended.

Patrick Henry College is excited to announce the class of 2019 commencement speaker is Robert P. George, Professor of Jurisprudence and Director of the James Madison Program in American Ideals and Institutions at Princeton University. George specializes in moral and political philosophy, constitutional law, bioethics, and the theory of conscience. 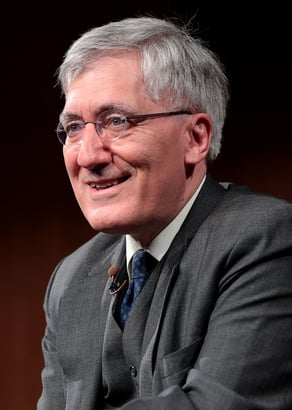 George's exposition in contemporary natural-law ethic based in Aristotelian and Aquinian philosophies is the leading in the country. He has helped to develop a moral theory called "New Natural Law Theory," conceived by Germain Grisez. In the realm of legal theory, George has expanded criticism of legal positivism and anti-perfectionism. He has also applied New Natural Law to embryo-destructive research, abortion, euthanasia, capital punishment, sexuality, rights of conscience, and religious liberty.

George is a graduate of Swarthmore College and Harvard Law School, and also earned a master’s degree in theology from Harvard and a doctorate in philosophy of law from Oxford. Along with these, he holds sixteen honorary degrees.

George has authored over seventeen books including Making Men Moral:  Civil Liberties and Public Morality, In Defense of Natural Law, The Clash of Orthodoxies and Conscience and Its Enemies. He is co-author of Conjugal Union: What Marriage Is, Embryo: A Defense of Human Life, Body-Self Dualism in Contemporary Ethics and Politics, and What is Marriage?. He is editor of several volumes, including Natural Law Theory: Contemporary Essays, The Autonomy of Law: Essays on Legal Positivism, Natural Law, Liberalism, and Morality, and Great Cases in Constitutional Law, and co-editor of the Cambridge Companion to Natural Law. 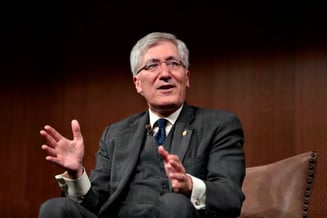 Along with teaching at Princeton University, George also frequently serves as a Visiting Professor at Harvard Law School. He has also worked as the Chairman of the U.S. Commission on International Religious Freedom, and on the President’s Council on Bioethics, and as the U.S. member of UNESCO’s World Commission on the Ethics of Science and Technology. He was also a former Judicial Fellow at the Supreme Court.

He serves on the boards of the John M. Templeton Foundation Religion Trust, the Lynde and Harry Bradley Foundation, the Ethics and Public Policy Center, the Becket Fund for Religious Liberty, the National Center on Sexual Exploitation, and the Center for Individual Rights, among others.