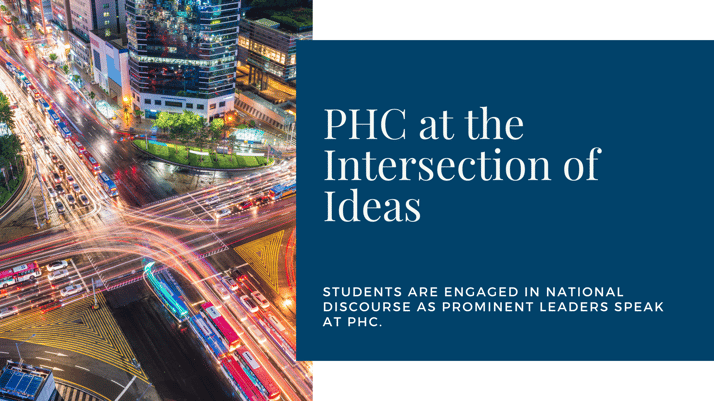 President Haye has often referred to the formative college years as being at the intersection of ideas, and being part of Patrick Henry College specifically as being at the forefront of the national discourse. PHC has recently hosted three prominent political leaders who praise PHC—its strong faculty, academic program, and alumni success. These prominent leaders have spoken to the PHC family to encourage the continuation of conservative leaders and thinkers in America.

In late April, PHC was honored to host the 10th Congressional District Republican Primary Town Hall. Students were catapulted into the discourse of Loudoun County politics as they watched the debates unfold. Some students, such as APP board members Lauren Rule and Isaac Bock, were even privileged to moderate the debates. Similar events are hosted by the APP board every year to spark political activism and discussion among the student body.

The winner of the primary, Hung Cao, praised PHC, saying, “I happen to be here at Patrick Henry College, one of the last schools that teaches true academics and Truth and justice.” In his speech, the retired Navy captain promised to fight against uncontrolled inflation and to hold foreign nations accountable for their domestic violence. Cao’s endorsement of PHC allowed the students to connect their studies to the politics within their community.
It is through such collegiate events that students can become more involved with national discourse. In a speech to PHC in early May, Lt. Governor Earle-Sears acknowledged the correlation between rigorous education in foundational values and the survival of the nation. 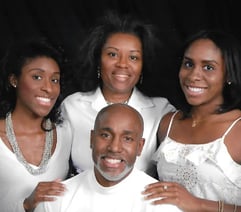 “[The moot court banners] tell us what kind of a college you are, that what’s important is that you’ve got to have knowledge in order for our country to not just survive but to thrive. This is where it starts: education,” Earle-Sears said.

Yet America will not be able to thrive for long if cancel culture and wokeness are not discouraged. In his speech to PHC graduates, former Vice President Pence revealed his faith in the new and old students of PHC. He declared his assurance that the current generation of PHC will lead a revival in freedom. “Graduates of Patrick Henry College, you must be a city set upon a hill,” Pence said. “You must be prepared to let your light shine, turn your face like flint against the wind, and smile. You need to have courage.”

Mr. Pence praised not only the graduates but also the college. He challenged the students to face the political world with courage. “Continue to build your lives each and every day on the foundation of faith poured first by your family, [and] strengthened by this extraordinary institution, here at Patrick Henry College,” Pence said.

At PHC, students not only receive an education rooted in ideals of freedom but are also subjected to political discussions at both the county and national levels. This combination allows PHC students to remain at the interstate of ideas within the political community. Students are trained to draw their courage from the Word of God and to utilize it for the preservation of freedom within America.