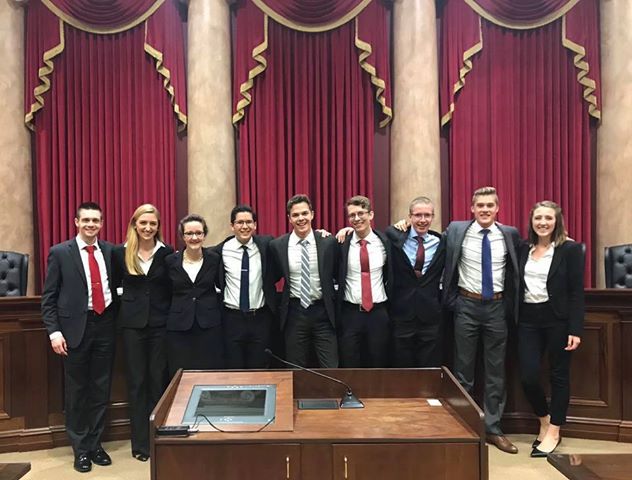 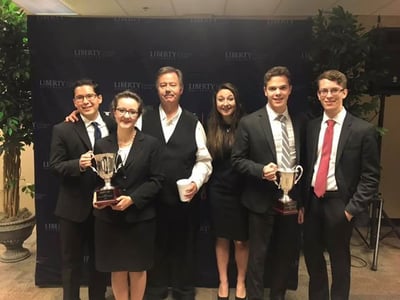 At Liberty University, each of PHC’s four teams broke to elimination rounds. PHC won in both rounds and locked out finals, where Marina Barnes and Kyle Ziemnick competed against Thomas Keith and Caleb Canna  in finals, bringing home both first and second place respectively. Four students ranked in the top ten tournament orators.

There are 13 regional tournaments throughout each competitive season, and only 80 teams may earn automatic bids to the national championship. Those bids are split up among the 13 tournaments depending on the size of the competition field. 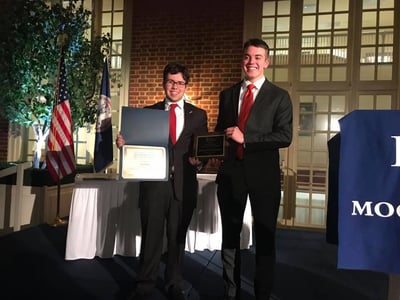 “I think such a strong showing at our first moot court tournament of the season is just another sign that [this formula] is still working,” Geesaman said.

PHC’s long-standing record of success at Moot Court should not be taken for granted, however. Titles are the result of the students’ and faculty members’ hard work. Every year, the competition field is growing and PHC’s competitors are getting stronger.

“The fact that PHC is still winning tournaments, despite the competition, is a testament to the caliber of students we’re bringing in and the treasure we have in Dr. Guliuzza as a coach,” Geesaman said.

To learn more about our moot court program, click the link below...