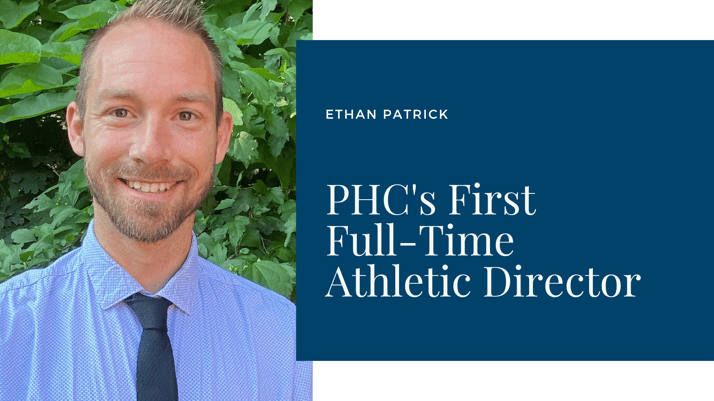 As Patrick Henry College continues to grow, and its athletic program continues to expand, the College has hired Ethan Patrick as its first full-time Athletic Director beginning fall of 2022. PHC continues to attract strong believers who are also scholar-athletes. Director Patrick will oversee the PHC Men's and Women's Basketball and the Men's and Women's Soccer programs in addition to any new intercollegiate sports added in the future.

Prior to joining the staff at PHC, Director Patrick served as the head men's soccer coach for West Virginia University Potomac State College.

Patrick graduated from Baptist Bible College and Seminary in Scranton, PA in 2012 with a BA in Health and Physical Education which led to international experience as a physical education teacher in Puebla, Mexico; Shenzen, China; and Paramaribo, Suriname, where he also held the position of Athletic Director.

Patrick has earned various national coaching licenses through both the United States Soccer Federation and the United Soccer Coaches.

When Patrick was presented with the opportunity to become the Athletic Director for PHC, he agreed, wanting to coach at a four-year Christian college. "I wasn't at a Christian school. I wanted to be at a place where the school supported my mission and values," Patrick said.