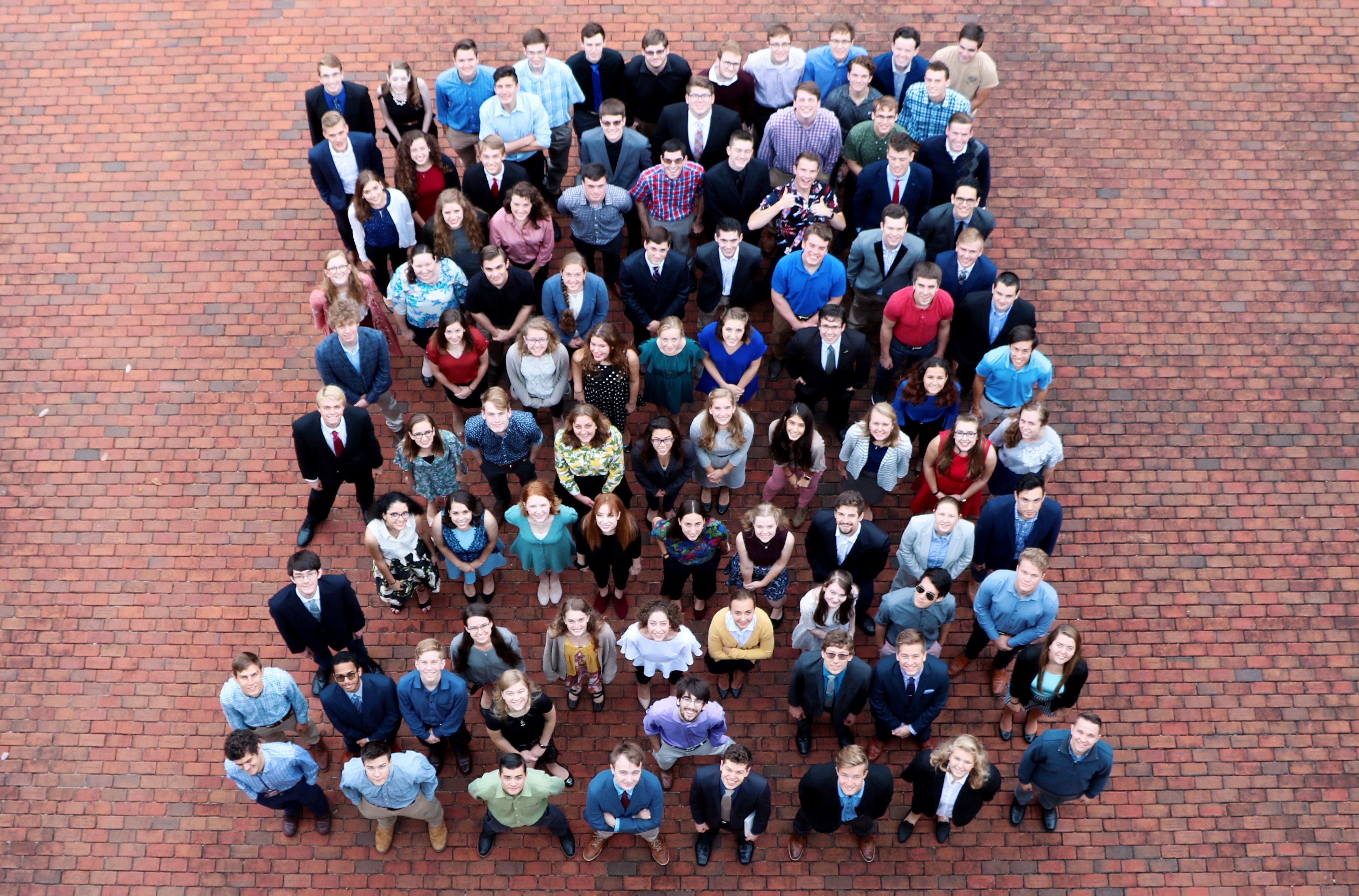 Patrick Henry College welcomed the class of 2022 as its largest class in its eighteen-year history. With 112 degree-seeking students, it marks a 45 percent increase over the previous class.

According to Director of Student Recruitment, Stephen Pierce, this launches PHC into the top spot in the country for class growth rate. “These are numbers that are just unheard of in Academia. Nobody is growing that much,” Pierce said.

Pierce hopes to see this year’s class as a benchmark for future class sizes.

Nate King, a freshman this year who already has a degree in Biblical and Theological Studies decided to come to PHC because of his interest in politics.

“Because of my college experience, I know what good academics are and are not,” King said.  PHC’s strong academics and faith-based focus drew King to PHC.

Freshman Beckett Millhouse also took college classes, but as a dual enrolled student, before enrolling at PHC. He commented that PHC professors seemed to care deeply about teaching students.

“There are good professors and bad professors everywhere, but in comparison to what I’ve seen, each professor here seems up to the level as the best professor I experience at NOVA,” Millhouse said.

Freshman Marius Sodonis said of the nine colleges he applied to, the process at PHC was the most streamlined.

While many of the schools he applied to didn’t communicate with him except via email, PHC was prompt and effective when it came to answering questions and providing information. The college matched him with a current student who shares his interest in CLA and Philosophy.

Sodonis found that he was more likely to follow up on colleges that took an active interest in him rather than schools that could afford to lose him as a potential student. PHC was one of three schools that employed the method of connecting him with a current student, and the only school that took the time to place him with a student who shared his interests.

Sodonis' biggest reason for coming to PHC was its commitment to Christian principles. “I went to Christian school after Christian school that had begun in the past 10, 15 years to slowly compromise and slowly reject truth,” he said, “I saw that PHC was a school that wasn’t going to be drawn away by federal funding or drawn away by accreditation, while many of the other schools I visited were.”