To Pray Without Ceasing: A New Resident Director at PHC

“This has been so far one of the most joyful and blessed seasons of my life. . . . I get to see the Lord working—not only in my own life, but in others’ lives every day.”

During the spring of 2021, Beka Helm, a PHC alumna, was walking back to her dorm one day when Dean Sandra Corbitt approached her. Corbitt had recently heard Helm’s senior testimony, in which she addressed the student body and faculty about her time here at PHC. Part of Helm’s testimony included a passage from Exodus, when Moses was confronted by God at the burning bush. While Moses gave every excuse for not having the proper qualifications to lead the Israelites out of Egypt, God countered with him in Exodus 4:11-12: “Who has made man’s mouth?  ...Now therefore go, and I will be with your mouth and teach you what you shall say” (NKJV).

In her testimony, Helm talked about obedience, and how, if you are willing to trust in God’s plans, He will carry you through your doubts. During her conversation with Corbitt in front of Founders Hall, Corbitt asked Helm whether she would consider becoming a Resident Director for the school in the upcoming year. Her duties would include directing the Resident Assistants and handling student life affairs. Was this God’s plan for her, like Moses in Exodus, Helm wondered? Was this when she should be obedient to His plan? 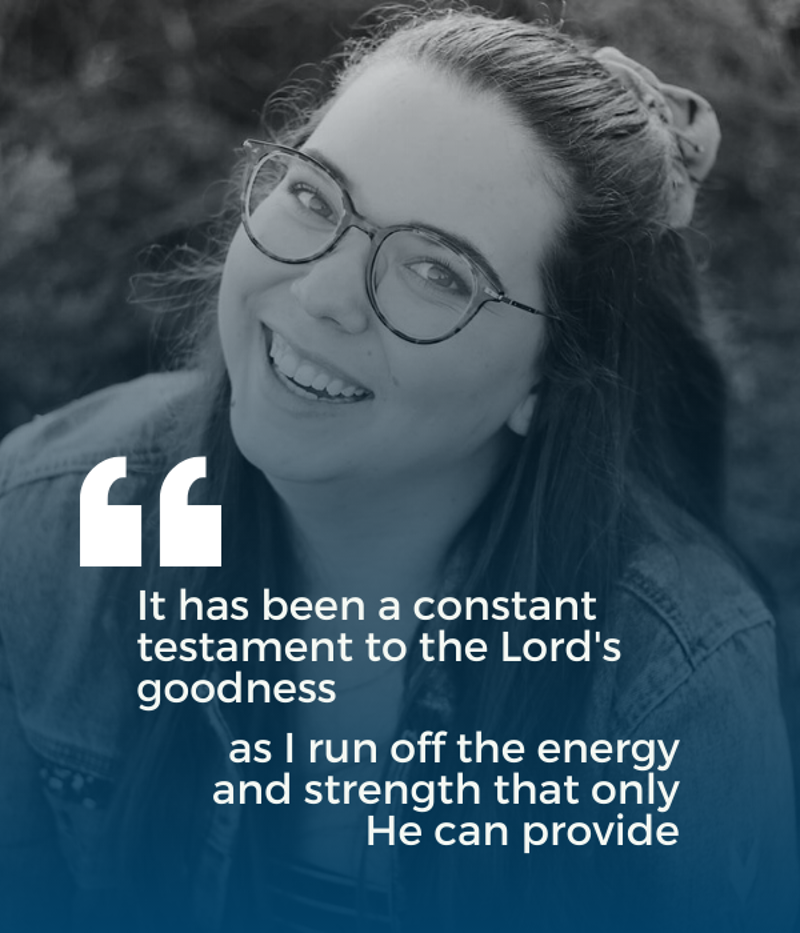 “I could tell that the Lord moved mountains for me to even have that conversation with Dean Corbitt,” Helm recalled. “Like, we had it right in front of [Red Hill dorm] as I’m walking back from the registrar’s office, and she was going to talk to President Haye . . . I could just tell that the Lord was asking for my obedience.”

Helm initially wrestled with whether she was up for the job of RD.

“It was more of a mental battle,” she said. “I have often thought that I couldn’t do something just because I thought I couldn’t do it, and so I wouldn't even try.”

But this job was different—when she went back to her dorm and told her roommate about Corbitt’s offer, her roommate’s reaction was immediate: “Absolutely.” And then all of her other wingmates said the same thing. But Helm never thought she would work for PHC. After graduating this May, she applied to 17 different jobs—and never heard back from any of them. As a Classical Liberal Arts major with a passion for teaching, she didn’t understand at first why those doors remained closed to her. But now, Helm realized that God had opened a new door of opportunity for her to guide the Resident Assistants and students and, in turn, to be guided by them.

Patrick Henry usually has two RDs—one for the male students and one for the female students, but at the start of this semester, Helm took up the reins of RD alone. However, Helm has risen to the challenge that has been set for her. “It has been a constant testament to the Lord’s goodness,” she said, “[as I] run off the energy and the strength that only He can provide.”

Despite the heavy administrative workload, Helm invested in the people around her almost immediately. She met and fostered new relationships with the freshmen during orientation and student check-in, and started implementing fresh ideas for spiritually uplifting her RA team as the year began. At the heart of her ideas is the command from Paul to pray without ceasing.

Our goal is to be a team of prayer. There have been many times when we had gathered as a team or as individuals to pray for each other, the campus, the faculty, and the freshmen.

In her room by her mirror, Helm has written down all of the names of her RAs. “Every time I wash my hands or do my makeup, I pray for each of them by name.”

Helm cherishes the moments she has had meeting students and talking with them or the RAs in her office. Some of the conversations lean towards simple topics such as family pets or campus life, while others delve into deeper, more raw moments of honesty. “I love talking,” Helm said, “and I love talking about the Lord and what He’s doing in people’s lives.” Helm takes her job of spiritually guiding the students seriously, and, like other RDs before her, seeks to give herself to others so that the campus may be transformed through encouragement.