The following article was authored by Kyle Ziemnick, a former PHC Mock Trial competitor and coach, and Emma Perley, the editor of our student newspaper, The Herald.

Through 12 national championships in 17 years, PHC has rightfully earned a dominant reputation in the world of collegiate moot court. The banners hanging in the gym, the extensive trophy case, the intense intramural tournaments; they’re all reminders that Moot Court is PHC’s thing. But in the background of that historic run, our small Christian liberal arts college has been steadily ascending the ranks of a much more widespread and nationally recognized forensic activity, one that legendary coach Dr. Frank Guliuzza loved—Mock Trial.

PHC’s A team earned second place in their division and third place overall at the 2021 American Mock Trial Association’s (AMTA) National Championship Tournament this month, missing out on the championship final round by a solitary ballot. Our B team, in its first-ever appearance at Nationals, stormed its way to the top record in its division after three rounds before falling to the eventual national champions, the University of Maryland, Baltimore County. They ended up in seventh place in their division, making PHC one of only three schools with two teams in the top ten of their divisions (the other two were Duke and Florida). 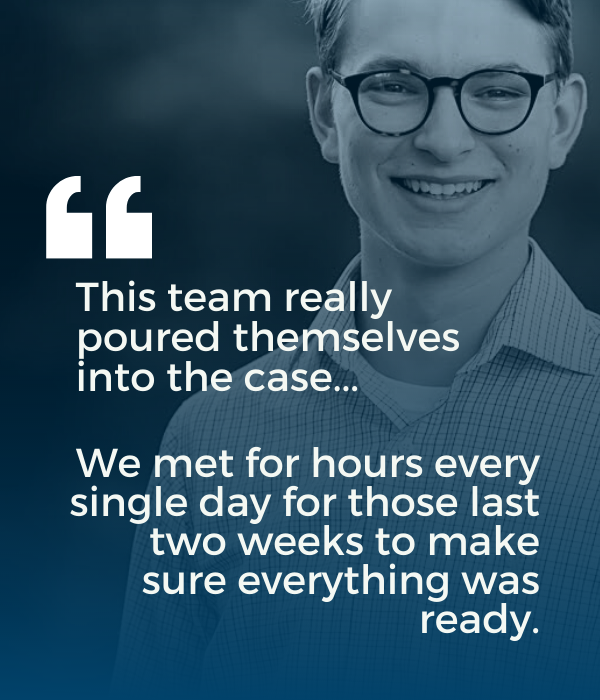 Pictured Above: David Bainbridge, a captain on PHC-A, Team 1039

Juniors Benjamin Crosby and David Bainbridge won All-American awards for their attorney roles, with Bainbridge becoming the top attorney in his division. Freshman Caleb Knox earned the same award for his performance as an expert witness.

Bainbridge, a captain on Team 1039 (PHC-A) expressed deep gratitude for the many components and people that went into creating the most successful Mock Trial Season in PHC history.

“It was a good weekend—so close to the championship. I'd say looking at the season as a whole, I am extremely proud of and impressed with my team,” Bainbridge said.

“The hard work this team put into this case over the past couple of weeks was inspiring. Nationals is unique from other tournaments because you get a whole new case and only 4 weeks to prepare. This team really poured themselves into the case…we met for hours every single day for those last two weeks to make sure every element of the trial was ready.”

Isaac Bock, a captain of Team 1040 (PHC-B) helped lead PHC’s B team to a historic appearance at nationals, leaving behind a dominating performance in their division with a team comprised primarily of underclassmen.

“The first perfect record at regionals since Director Johnson joined the forensics program, the first PHC B team to qualify for nationals alongside the A team in the same year, the highest finish for a PHC Mock Trial team without any seniors in program history... these accomplishments are the direct result of countless hours of hard work from each and every person on the team. Being a co-captain with Cana Cossin of PHC B has been an honor and a privilege and I can’t wait to see what God has in store for us next year.”

Although PHC faces tough competition in Moot Court, most large state schools, and even most Ivy League colleges, don’t focus as many resources on the activity as they could. But the top schools in Mock Trial include Yale, Harvard, UVA, UCLA, Cornell, Chicago, Ohio State, Stanford, and many more. 698 teams of at least six students competed in the 2020-21 season, only 48 of which would qualify to the National Championship Tournament (and PHC had 2 of the 48).

PHC’s 2021 finish marked the latest step in a dramatic rise for PHC Mock Trial over the past few years. After qualifying for the National Championship for the first times in 2013 and 2014 (and finding little success), the Sentinels’ top team missed out on Nationals in two of the next three years. But the A team finally broke through in 2018, earning a winning record and defeating perennial title contenders Yale and New York University. Two students won All-American awards for their witness portrayals.

In 2019, the A team claimed a record of 11.5 wins in the wake of Dr. Guliuzza’s death, placing fourth in their division, and vaulting PHC into the top ten ranked teams in the country. Three more Sentinels won All-American awards, and other schools and mock trial analysts began to view PHC as a contending threat. AMTA canceled the 2020 Nationals due to the COVID-19 pandemic, but this year, PHC adapted to the virtual format for its most successful season of all time. Four PHC teams qualified during the regional tournaments to the Opening Round Championship Series (ORCS), to which each school is only allowed to send two teams. Those two teams marched through ORCS to Nationals, where they pushed PHC very close to its first-ever national championship. 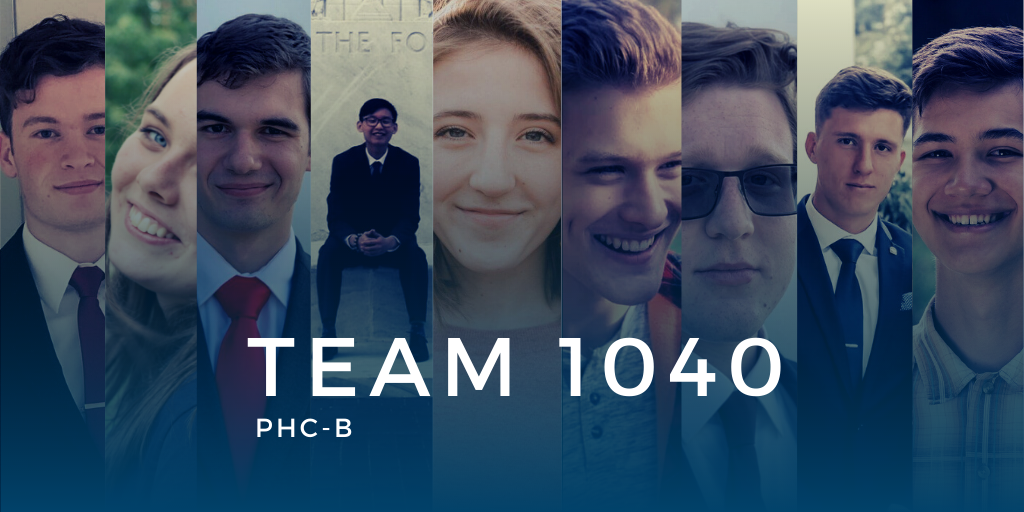 Pictured Above: the members of PHC-B, Team 1040
Captains Isaac Bock and Cana Cosin on left-hand side

The future of PHC Mock Trial is brighter than ever. The A team will most likely crack the top five in next year’s rankings, and the B team will jump all the way into the top 40. Only two seniors will be graduating from the 2020-21 teams. Our coaches will retool and regroup for a push at the national championship next year, when hopefully, AMTA will return to an in-person format. And perhaps, one day soon, PHC will be able to hang a new banner in the gym.

PHC has put its pre-law students into the very best schools for law. These include Yale, Harvard, UVA, the University of Chicago, the University of Columbia, and more. Our LSAT test scores rival the very best in the nation, consistently scoring within the 95th percentile. If you're interested in law, we're interested in you. Click below to learn more!