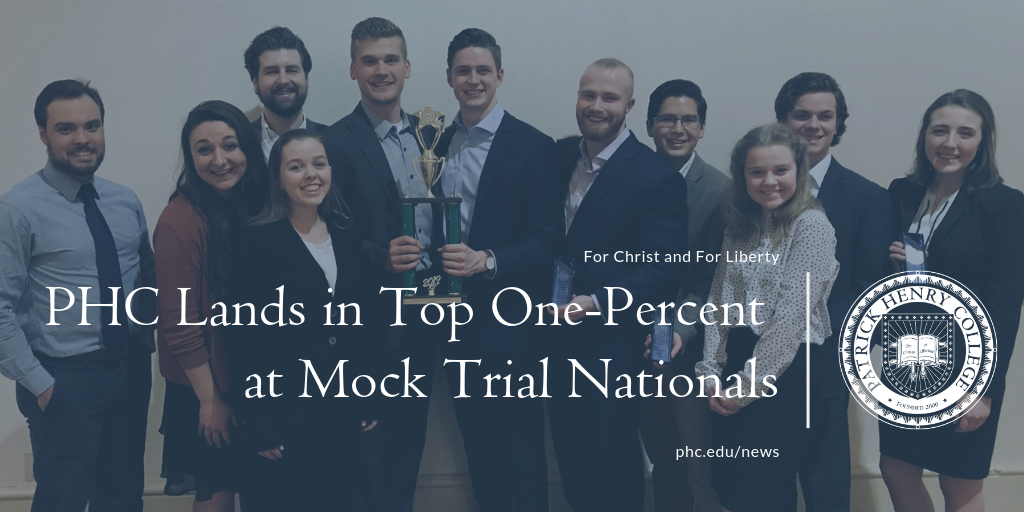 Patrick Henry College placed in the top 1% in the nation at the American Mock Trial Association (AMTA) national tournament in Philadelphia, Pennsylvania. There were a total of 48 teams, divided into two divisions, representing 40 of the nation’s top colleges and universities. 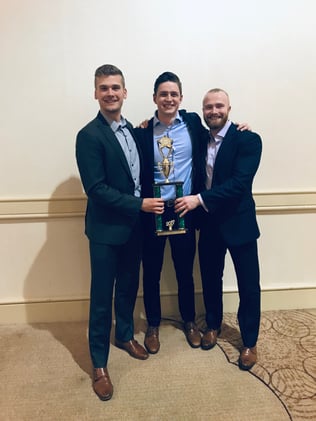 "One of the time-honored traditions in the league is that schools will stand when teams they competed directly against win awards," team co-captain Cooper Millhouse said. "Most schools, however, also have other teams or individuals they will stand for to show respect to their performances. This is all necessary background to understand the significance when (by my estimation) 90% of the room stood up when [we] went to receive our fourth place award.”

There are more than 750 teams that compete in collegiate-level Mock Trial each year. Of these teams, the top 48 advance to contend for the national title.

This outstanding performance came at a somber time for Patrick Henry College as the long-standing coach of the mock trial and moot court teams, Dr. Frank Guliuzza, had just passed away two months prior. Dr. Guliuzza was a well-loved and respected leader in mock trial and moot court circles, previously serving as President of the American Mock Trial Association and the American Moot Court Association.

The American Mock Trial Association paid tribute to the legacy of Dr. Guliuzza at the National Championship and honored “Dr. G” by renaming PHC's division the Dr. Frank Guliuzza Division. 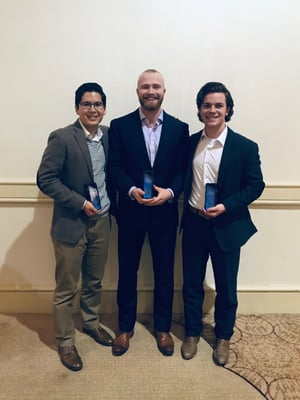 "It was honestly really sweet and meaningful to see Dr. Guliuzza recognized by his peers and the whole AMTA community," said assistant forensics coach Sarah Geesaman ('18). "DeLois Leapheart, the Northwood University Coach and 2019 recipient of the Neal Smith Award, delivered a speech detailing [Dr. G's] accomplishments. When it was over, one of the coaches sitting at my table turned to me and said something to the effect of, 'Holy cow, no wonder you guys are so good.'"

"Honestly, he’s right," Geesaman continued, "this team and every person who coached it was coached by Dr. Guliuzza. Our placement here was a generational success, for sure, but it all goes back to him."

Volunteer coach James Compton ('15) writes, "Any work I did as a coach was pretty easy, to be honest. Dr. G taught the team excellent mock trial, the seniors stepped up and provided the leadership the team needed, and they all played their hearts out during the tournament. They deserved absolutely everything they won. I just got to watch and think about how proud Dr. G would have been."

This year's mock trial performance adds to PHC's already impressive forensic resume. Three months ago, PHC teams won the college’s 12th National Moot Court competition in the past 15 years. No other college in the history of the American Moot Court Association has won more than once.

Founded in 2000, PHC offers a unique classical Christian liberal arts program that combines high academic rigor, fidelity to the spirit of the American founding, and an unwavering biblical worldview; producing an unmatched record of performance for such a young institution. Patrick Henry College is already known as one of the top pre-law advising programs in the nation.