Recognized for Excellence in Book Editing, Now Mikael Good is on to her next role with AEI

It’s been a busy year for Mikael Good. Between graduating from college in the wake of a pandemic as a member of PHC’s Class of 2020, contemplating the prospect of grad school, and starting her first job in Washington, D.C., the past 12 months have been a season full of transitions. Recently, Good decided to implement one more change, taking on a new job with the American Enterprise Institute (AEI).

As of the beginning of October, Good is now a research assistant for one of the largest conservative-leaning think tanks in Washington, D.C., working in AEI’s Social, Cultural, and Constitutional Studies Department. There, Good will assist a number of different scholars reviewing legislation and implementing the humanities and political theory into propositions for public policy.

But even as she kicks off a new chapter in her professional life she’s not entirely done with the last one. 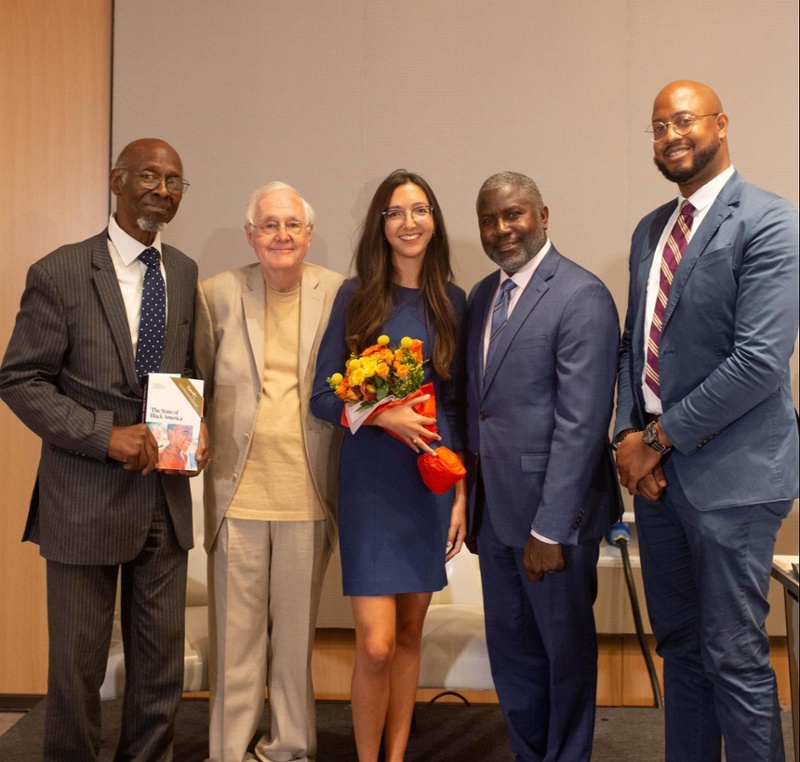 For some time now, Good has served as the key touchpoint in the editing process of an upcoming book titled The State of Black America while working with The Center for Urban Renewal and Education. She’s played a large role in its development, coordinating with the book’s authors for needed changes, editing manuscripts, and writing the book’s introduction. With the book still in development, Good will continue her involvement on the book’s release even as she takes up her new position with AEI until the book's publication in May of next year.

"In a nation that is tearing itself apart over race, trying to speak honestly about the state of Black America is a perilous task. Candor and thoughtfulness are often drowned by hysteria, expediency, and sentimentalism," Good said, explaining the nature of the book.

The State of Black America seeks to restore these sorely needed virtues to the present discourse, assembling a company of scholars who confront our nation’s troubled racial history even as they bear witness to the promise the American heritage contains for Blacks. The eight essays in this volume bring clarity to the murky darkness of America’s race debates, reviewing and building upon the latest scholarship into the character, shape, and tendencies of life for Black Americans. Together, they tell a story of Black America’s astounding success in integrating into mainstream American culture and propose that Black patriotism is the key to overcoming what problems remain."

At a policy summit last month, Good was surprised by unexpected recognition for her excellence and dedication on the job. She was commended for the work she had put in and the role she had played in the book’s development.

Good was surprised—she hadn’t been told she’d be recognized.

So was Michael Farris—the Founder and Chancellor Emeritus of Patrick Henry College and the President and CEO for Alliance Defending Freedom—who happened to be sitting in the audience. He had been invited to the policy summit as a speaker and was pleasantly surprised to hear that a graduate from Patrick Henry College had just received recognition for excellence. Excellence, after all, is one of the key elements that goes into an education at PHC. After the event, Farris approached Good and congratulated her on a job well done.

Although she’s already on her second job since graduation, it’s clear that Good’s track record for excellence is just getting started. We’re incredibly proud of our graduates and the impact they have on the places where they end up.

Thanks for representing us well, Mikael!

While Mikael Good is an exceptional graduate who represents Patrick Henry College well, she isn't the exception. She's joined by many quality graduates who had an eye on working in public policy. Click below to learn about another graduate who ended up at a think-tank as a result of an internship that she took as a PHC student. Click below! 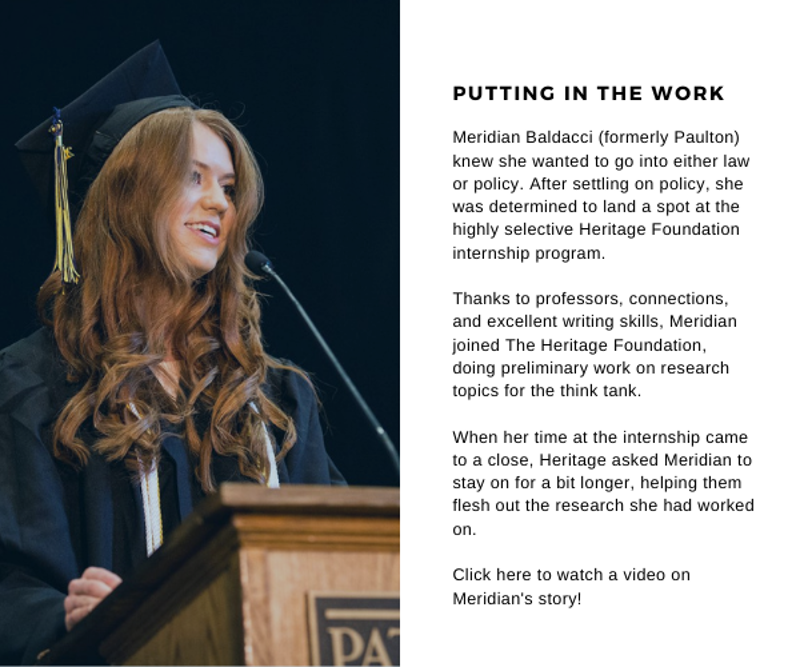