Beware of Science As Religion

From time to time, the Faculty at Patrick Henry College engage with topics of cultural or political interest in a wide range of publications. Recently, Dr. Cory Grewell, a professor of literature here at PHC, published an article with The Federalist, warning readers against following science as "religion.”

He argues that an appeal to science as the ultimate source of sound action elevates scientific inquiry to the level of authority that it would not otherwise have.

“The mid-twentieth-century rhetorician Richard Weaver drew attention to society’s tendency to ascribe quasi-divine authority to certain terms in public discourse, which he called ‘ultimate terms’ or ‘god terms,’ in the last chapter of his 1953 book, ‘The Ethics of Rhetoric.’ Ultimate terms, Weaver says, are the verbal expressions ‘about which all other expressions are ranked as subordinate.’ That is to say, they are the words that organize a society’s value concepts.” 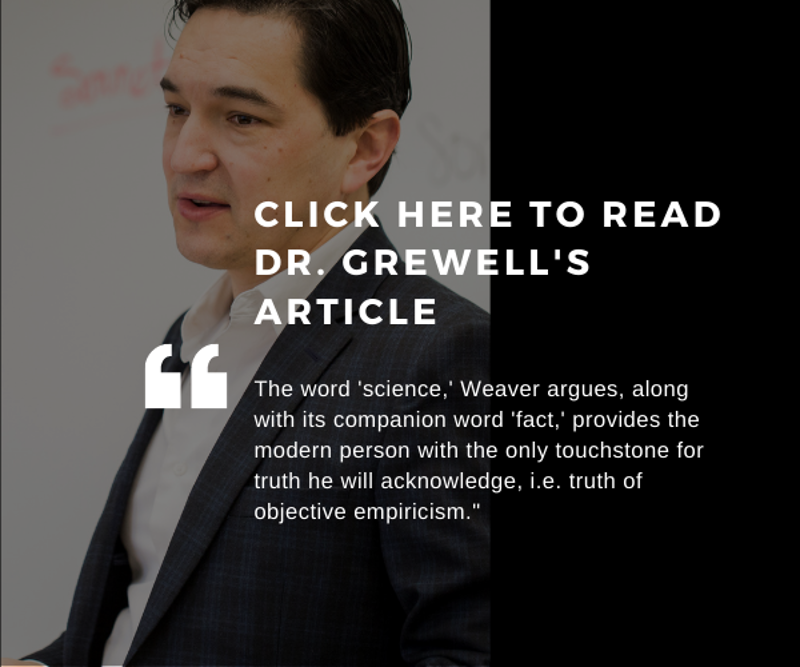