Noelle Garnier had worked at the White House as a Digital Strategist during the Trump Administration. But as a new presidency assumed power earlier in the year, she moved on to other ventures. One such venture, a period of writing for The National Pulse, brought Garnier to discuss some of the trends she saw developing in American society.

Her last piece with The National Pulse details Noelle’s growing sense of concern at America’s progression towards scientism. Entitled, “A New American Divinity,” Garnier looks into what underlying principles were prompting this avenue of thought. In particular, Garnier highlights the advent of COVID-19 as a catalyst propelling an emphasis on scientific supremacy in the age of information—and moral ambiguity. 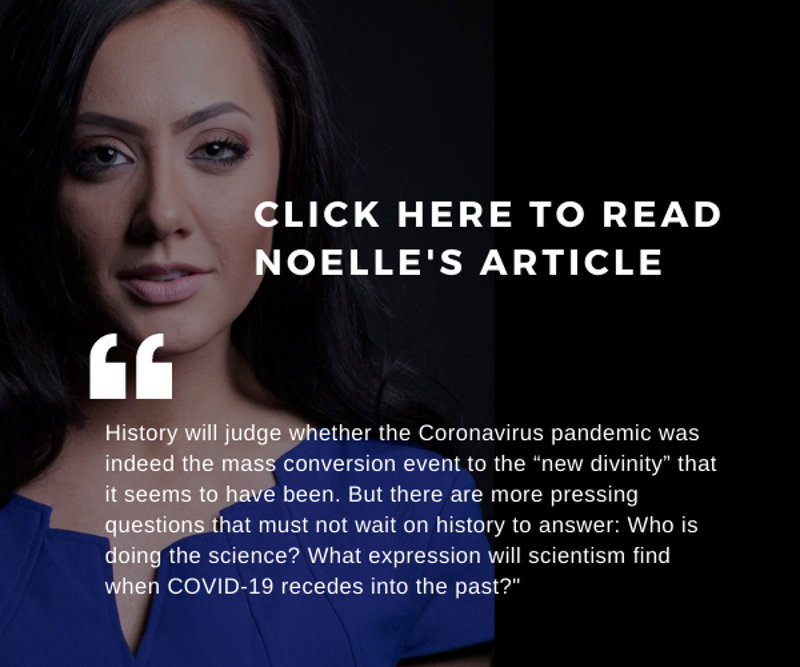 Noelle's article piqued the interest of Steve Bannon. She was invited for an interview in his "War Room" on, "Real American Voice." Click to watch her interview. 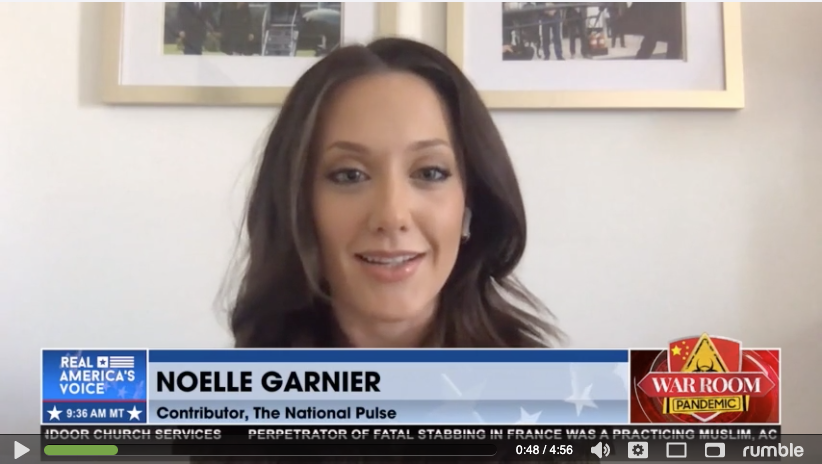