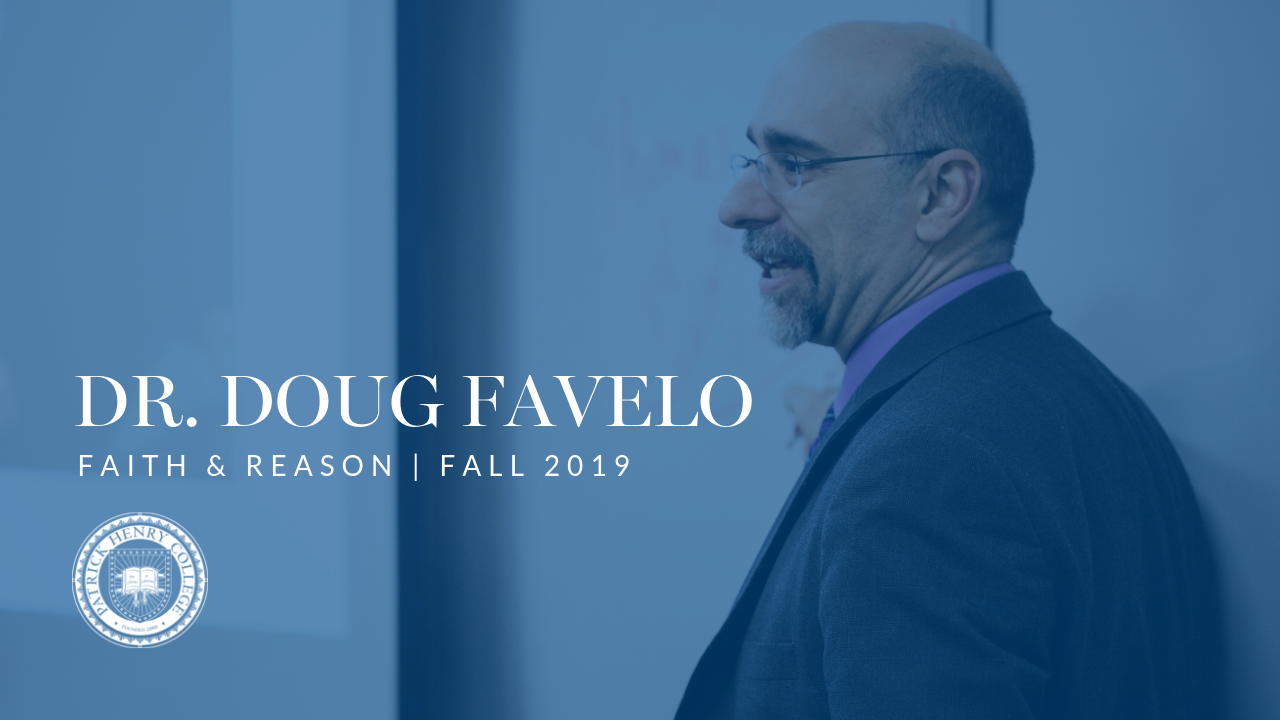 Dr. Doug Favelo, Chairman of the Department of Classical Liberal Arts and Professor of History, will deliver this fall’s Faith and Reason lecture on Tuesday, September 17, making the case for a return to a “High Telos” understanding of history.

Visit phc.edu/webcasts at 9:30am to live-stream the lecture. The Q&A, and panel sessions will begin at 1:00pm.

A common view of the purpose, or telos, of history as a discipline is that if people do not study history they are likely to repeat the mistakes of the past.  The problem is that while history can warn those who study it of pitfalls to avoid, that in and of itself is dissatisfying and insufficient a reason to pursue history.  Such a Low Telos philosophy of history sets a low bar for its own value.  It is ill-matched to the more noble reasons for pursuing the liberal arts, namely to study the Good, True, and Beautiful (aspects of Christ) so as to know Him better, and thus live excellently via fulfilling the vocations to which He has called us.

Furthermore, Low Telos history is a relatively new phenomenon; even without the revelation of Christ, Greek historians had a much different view of the Telos of history: they held that history could point the reader toward arete, excellence.  This paper will trace the evidence within the Greek historians, and through the development of historiography in western civilization, with an eye toward the transformation of this philosophy from High to Low Telos.  The paper will end with a call to restoring a High Telos in history because it is more commensurate with a classical Christian education and a biblical worldview.

Faith and Reason lectures are one of the longest standing PHC traditions. One day each semester is set aside for a campus-wide event devoted to thinking deeply and exploring the Truth revealed in God's created order.

Each spring, the leadership invites a scholar from outside the PHC community to guest lecture, such as Nancy Pearcey, Anthony Esolon, and Leland Ryken. In the fall, a member of our own faculty will lecture. To watch past lectures, visit our YouTube playlist here.

Find out why the integration of faith and reason is central to PHC's mission: