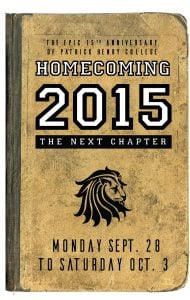 1. It was the epic 15th anniversary of Patrick Henry College Homecoming.

This year’s homecoming theme was ‘The Next Chapter,’ as the PHC community welcomed a new president and embarked on a new era.

2. The Investiture of President Jack Haye kicked off Homecoming Week with tradition and class. 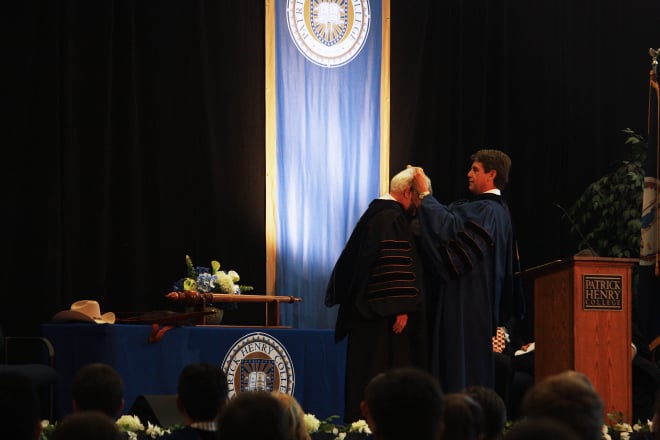 Investitures have symbolized the pursuit of knowledge since the Middle Ages. On September 28, 2015 the Patrick Henry College community formally invested Jack Haye as their president. “Mr. Haye is the definition of a renaissance man. He is the man to which other men aspire,” said Jennifer Olmstead, PHC alumni representative. In addition, the Mayor of Purcellville, Kwasi Fraser, welcomed President Haye on behalf of the Town of Purcellville.

3. Students embodied the greatest characters from Star Wars, Lord of the Rings, Harry Potter, and Chronicles of Narnia. 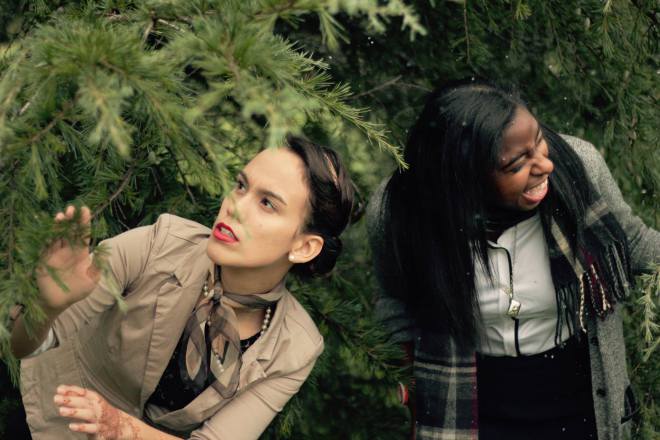 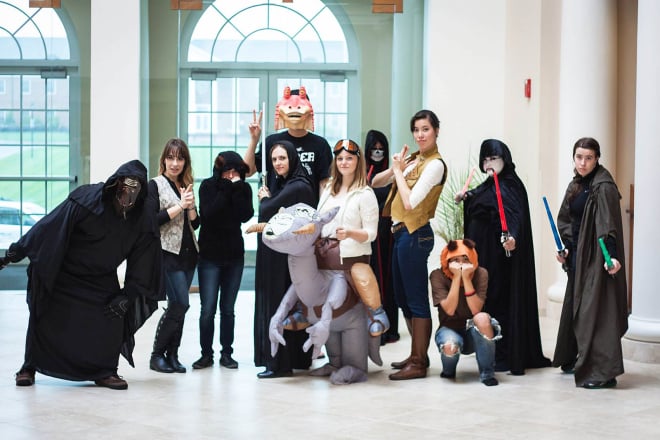 From freshman to seniors, students’ costumes were on point. The class of 2016 has donned their best attire for homecoming each year—their final year was no exception.

4. But the juniors turned heads with those sleek dodgeball outfits. 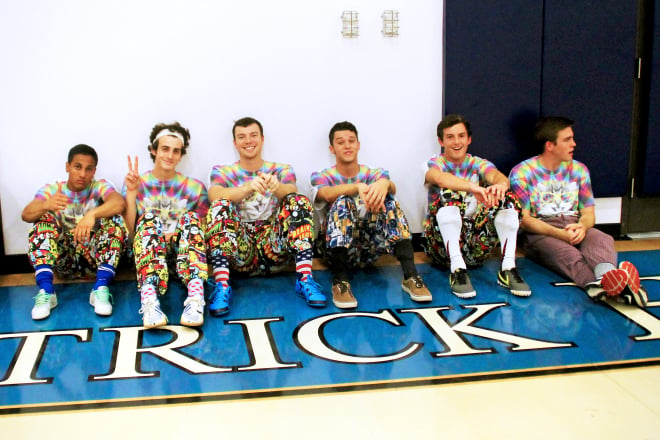 Ultimately, the juniors were a close second to the sophomores who won the Dodgeball Tournament. As far as matching outfits, however, the junior team was unbeatable.

5. Even though it rained, everyone still rocked the Chalk Competition. 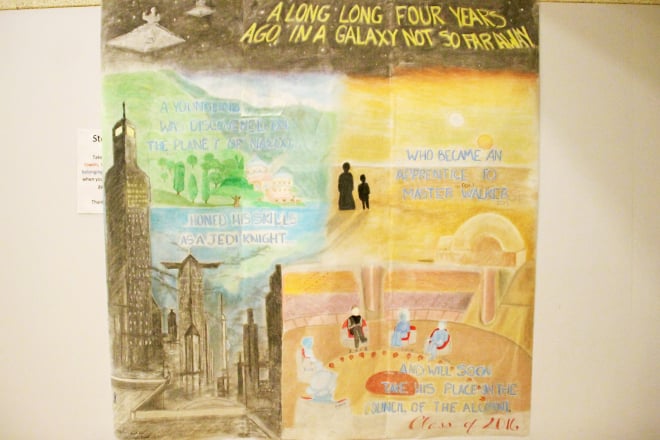 Hurricane Joaquin may have teased the East Coast with a hammering three-day rainfall, but that didn’t put a damper on students’ spirits—or their creative juices for that matter. Senior Christine Roe spent a total of 11 hours drawing her class’s poster.

6. As expected, the Coffeehouse put on great entertainment and even greater food. 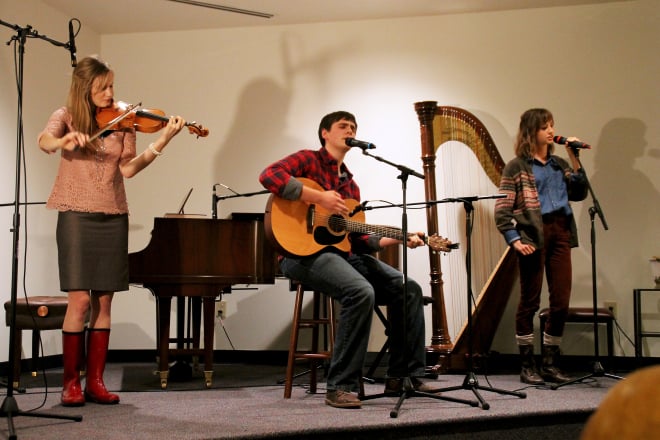 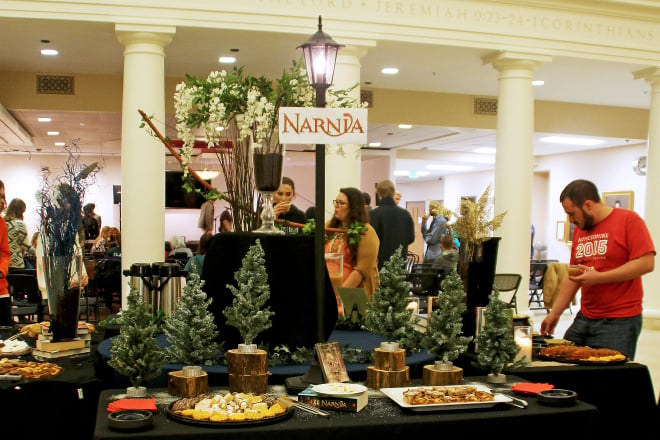 Alumni and students put their talent together for some amazing performances. The cherry on top? Homecoming-themed dessert featuring Star Wars, Lord of the Rings, Harry Potter, and Chronicles of Narnia dessert tables.

7. Then again, this senior’s costume could’ve been the only source of entertainment that night and no one would complain. 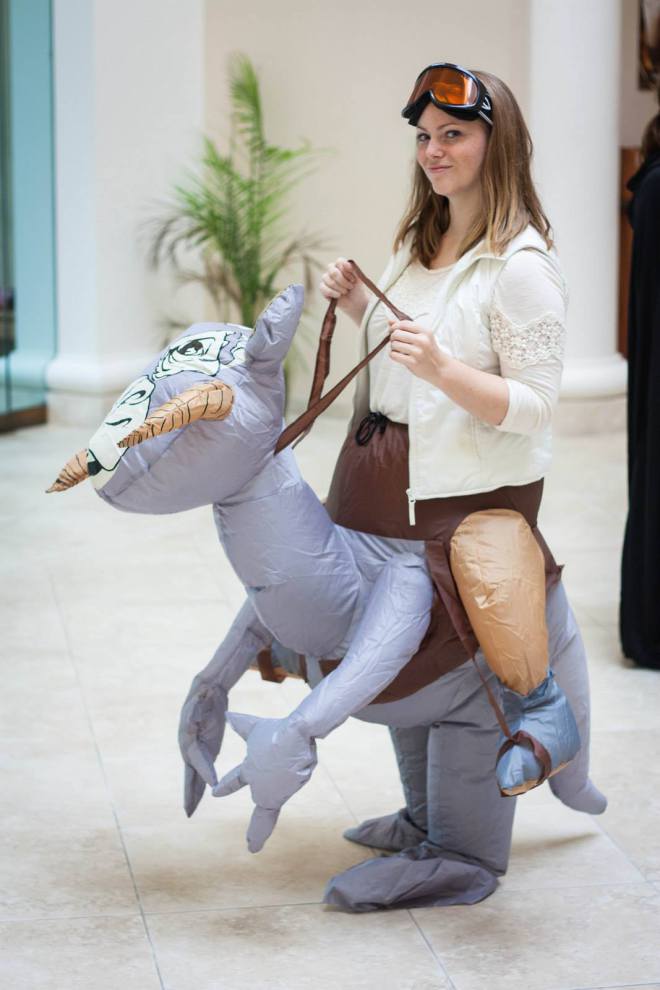 From turkeys to pandas, senior Mikayla Feil (who was this year’s head of the Homecoming Committee) has many costumes in her wardrobe. For this year’s homecoming, she pulled out a Tauntaun costume, a species of snow lizard found roaming the planet Hoth.

8. With this weekend’s unpredictable weather came the perfect opportunity for spontaneity. 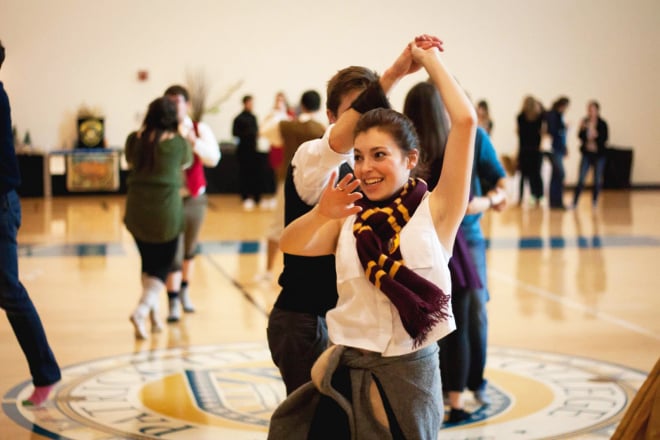 Although the soccer games were canceled due to weather, the sock hop proved to be a great alternative. Alumni, students, and faculty put on their stocking feet for this 1950’s-style celebration.

9. No one died playing Kajabe Can Can. 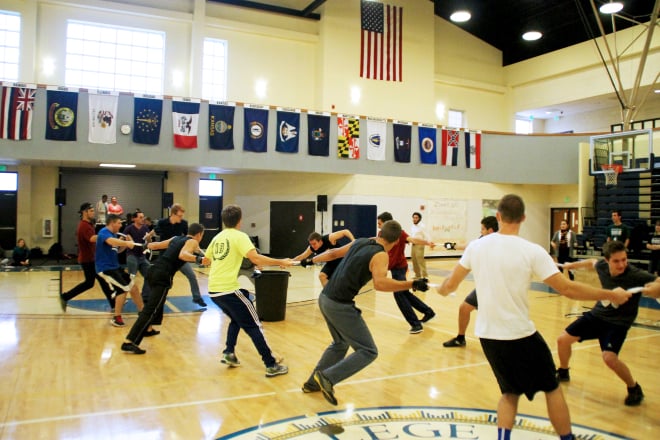 Perhaps the possibility of serious injury makes this game so exciting. Students grasp straps around a trashcan and try to drag opponents in the trashcan or get them to release the strap. This alternative to the usual tug-of-war for homecoming was a game of all-around fun.

10. Lastly, and most importantly, the Seniors won. No, that’s actually a lie, the Juniors did. 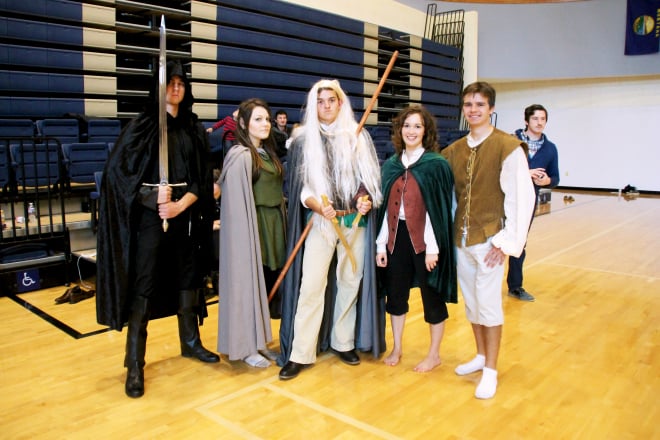 After it was announced that the senior class won homecoming, the Homecoming Committee discovered miscommunication regarding placement after the video submissions for the Alumni Video Competition. The seniors did not conquer the Sith after all. “In fact, Elrond’s House are feasting and the White Shores are calling,” said the Homecoming Committee. The juniors won Homecoming 2015.