PHC alumna Christine Olmstead graduated in 2015 with a journalism degree; now, her passion for art has turned into her full time business. Prints of her paintings are now being sold through West Elm, a national home furnishings chain. In fact, West Elm was selling her paintings before she even knew about it. 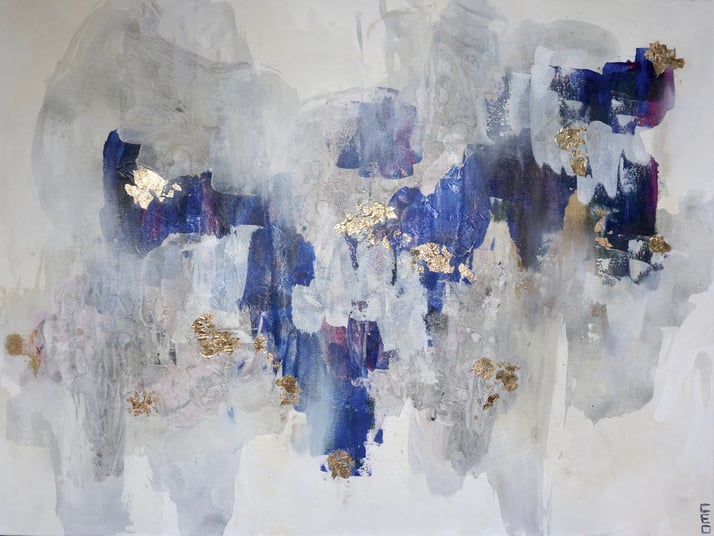 This past January, Olmstead entered her painting “North Gold” into an art competition sponsored by Minted, a community of independent artists. The competition was open to all, and whoever placed in the top three would receive a cash prize and have their artwork sold by West Elm.

While Olmstead’s art career is doing well, she realized that it’s tough to get the attention of big brands like Anthropologie, West Elm, or Target. Thus, she entered the contest for the experience, with no expectations of wining.

“North Gold is inspired by remembering the beauty of winter and of little moments,” Olmstead said. Having grown up in Idaho, her family bought season passes to a local ski resort every winter. After a long day of skiing, Olmstead would lie in the backseat of the car and look out into the winter’s night as her family drove home on winding, icy roads.

“I think winter is beautiful, and so that’s the moment that I was able to reflect in North Gold,” Olmstead said. “I want my viewers to have beauty in their lives and I want them to look at my art and feel alive and joyful.”

In September, eight months after her contest submission, Olmstead received an email about her painting from a woman she had never met. This woman had seen a North Gold print in a West Elm catalog and wanted to buy the original. Olmstead, however, had never entered into a partnership with West Elm. She searched her name on their website and discovered prints of her painting for sale. “They had been selling my work for about six months without my knowing about it,” Olmstead said. “It was terrifying because I know that artists deal with copyright infringement regularly, and I was so scared that this was going to be my first taste of that.” 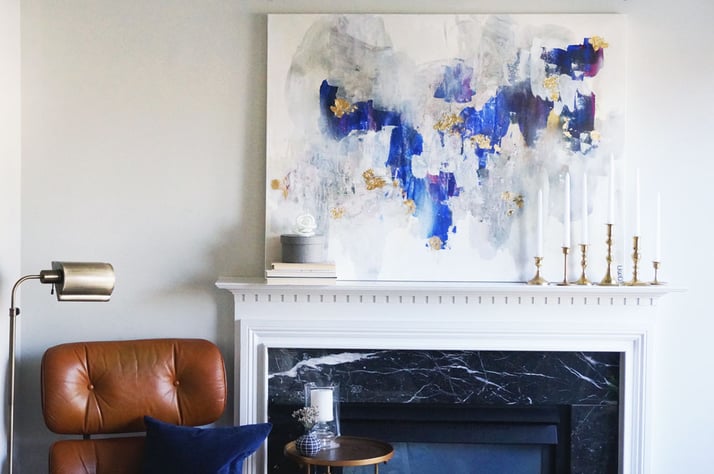 Olmstead had not placed in the original competition, nor had she heard from Minted or West Elm since. “It became this process of figuring out what exactly was going on,” Olmstead said. She spent days on the phone with legal departments trying to find the competition guidelines and to see if she had somehow signed away her artwork by entering the competition.

Olmstead finally got in touch with someone from Minted. They informed her that, as a part of the competition, West Elm curators took the prerogative of going through all of the submissions and choosing works they liked that they wanted to be in their collection.

Although Olmstead was supposed to be receiving payment, she had not received any emails or other information from Minted. She later learned that West Elm had made attempts to contact Olmstead, but had accidentally used a faulty email address.

Currently, West Elm has paid Olmstead for all of the sales, even though they have not told her the exact amount of prints that have been sold. Still, Olmstead is honored and excited to have her artwork chosen by West Elm.

“I have gotten inquiries from people all over the world – Ukraine, Eastern Europe, and France – asking for works of art because they saw me in West Elm,” Olmstead said.

Want to find out more about PHC's Journalism Major?