Intended for Evil: The Story Behind the Story

The skulls were piled in layers three deep on each shelf, and the shelves rose one after the other almost to the ceiling of the tower. They faced out of the glass case, and many had cracks or holes where Khmer Rouge soldiers had bashed their victims’ heads with hoe handles before dumping them into mass graves. 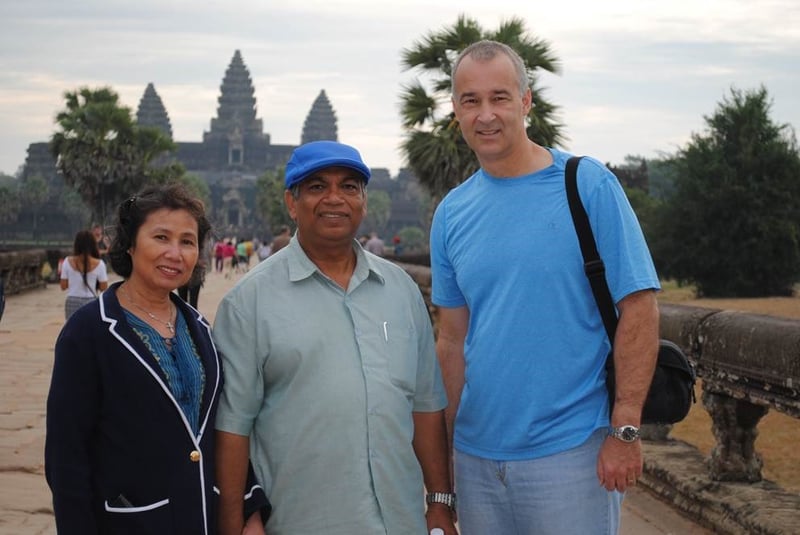 I was visiting Choeung Ek, memorial site for Cambodia’s infamous “killing fields,” just before Christmas of 2014. Between 1975 and 1979 Pol Pot’s Communist regime murdered about 1.7 million people through execution, overwork, starvation, and disease in a doomed attempt to create an agrarian utopia. From inside the Buddhist stupa I could see the grassy depressions that had once held thousands of bodies, and chankiri trees against which soldiers had smashed infants.

I had been researching the Khmer Rouge regime for more than a year and knew roughly what to expect, but it was still ghastly. I was there to write about a survivor, a Cambodian Christian named Radha Manickam who had seen and endured awful things. To tell his story truly I would have to describe gruesome deaths and cruelty barely imaginable. As a believer and a journalist, I had to ask myself, does telling this story glorify God?

My answer, then and now, is yes.

Manickam’s story ends well, but it would be worth telling no matter how it had turned out. The calling of the journalist is to help people see the world clearly, as it is. That means we find out what happened, try to understand what it means, and then tell the story. We need not wallow in the gory details, but neither can we ignore the violence and cruelty that characterizes so much human life. To grasp how God wants us to live here we must understand this world as it is; to “walk in the way of Your truth as we wait eagerly for You” (Isa. 26:8), we need to come to grips with the reality of evil.

A shot of the famous skulls display inside the stupa

I never planned to be a journalist. After graduating from Dallas Theological Seminary in 1993 with a master’s degree in theology, I went back to my Alberta hometown with my wife and young son. I considered the pastorate but then applied at a weekly news magazine, the Alberta Report.

I knew little of and had less interest in politics, business, crime, society—the stuff of modern journalism. I never read newspapers and seldom watched TV news, but I needed a job right away and the magazine needed a reporter. They sent me to the Calgary bureau.

My first months with the magazine were, charitably speaking, a pretty steep learning curve. I made dumb mistakes, was hornswoggled by a stock promoter, and inadvertently insulted more than one source. But I survived (and my editor endured) largely because the writing skills and understanding of narratives that I acquired in seminary made constructing news stories much, much easier.

Most importantly, my seminary and Christian college educations reinforced my conviction that the Scriptures provide the only reliable basis for interpreting contemporary events. As a journalist I had a front-row seat to watch how those truths played out in society. I also saw the fallout when those biblical truths were bypassed or ignored. The Alberta Report tracked the advance of abortion on demand, gay rights, sex education in schools, and a host of other issues. In short, being a reporter introduced me to the idea that ideas have consequences—for everybody. 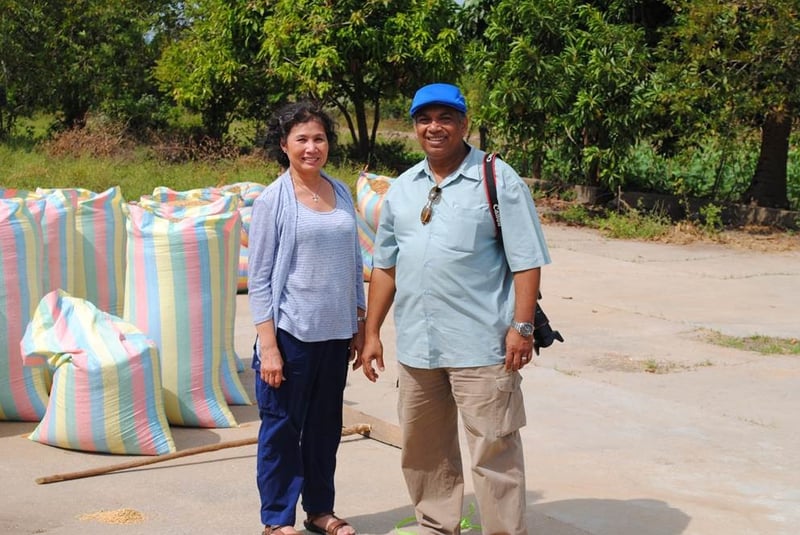 Samen and Radha at the communal village eating area where their forced marriage took place in 1978, Tuol Mateh; their first trip back since 1978

One day I asked a fellow reporter, a tall, cheerful guy named Shafer, why he left the pastorate for journalism. “I always wanted to be a reporter,” he told me, “but when I was in high school, my pastor took me aside and said, ‘God doesn’t need journalists, He needs preachers!’” But Shafer eventually realized that God calls different people to different vocations, and that every society also needs people to show them what, truly, is going on. That, I think, is one of the good works God prepared in advance for me to do.

In 1999 I left the Alberta Report to start graduate school at the University of Texas and join the staff of WORLD Magazine, and in 2002 I joined the faculty of Patrick Henry College. I’d gone to seminary a decade before expecting to become a Bible college professor, and instead God gave me the ministry of preparing young Christians to tell true stories.

A PHC colleague, David Aikman, put me in touch with Manickam in 2013. We spent hours and hours on the phone over the next year, and finally met in Phnom Penh. We visited Choeung Ek as part of a tour of Cambodia, and also saw the remains of the village where in 1978 he was forced to marry a woman named Samen. A month later they discovered they were both Christians, two of perhaps a few hundred still alive in the country. They survived the Khmer Rouge and later moved to Seattle, where they raised their five children. Today Manickam ministers to churches in the U.S. and Cambodia.

Manickam has been angry with God at times, but he still believes that the Lord had a purpose in allowing Cambodia’s genocide, and even the tragic losses in his own life. Could my faith stand such a battering? I pray so but, thankfully, for now my job is just to tell the story—and to help students learn to tell the stories to which God has called them.

Les Sillars (Th.M. 93, Ph.D. 2004, University of Texas) is Professor of Journalism at Patrick Henry College in Virginia. His writing has also appeared in The Weekly Standard, the National Post, and Touchstone Magazine. Intended for Evil: A Survivor’s Story of Love, Faith, and Courage in the Cambodian Killing Fields, was published Nov. 1 by Baker Books. In the spring he will be teaching Journalism I online as a PHC Distance Learning course.