Jacob Baum, class of ’10, came to PHC to become a campaign manager. After choosing a church his freshman year, he found that his true interest lay in full-time ministry. Now, he is the head pastor of Loudon Valley Baptist Church (LVBC), a congregation that meets in a high school across the street from PHC.

PHC was always the plan. “It was kind of my idol,” Baum said. “I thought—I’m going there; that’s where I’m going to be happiest.” But Baum has since come to another conclusion. “The reason I came to Virginia and stayed in Virginia was the Church.”

Baum started attending Gilford Baptist Church (now Sterling Park Baptist Church) when it was a tiny congregation of about 50 people.

“Little by little I started to see church in a different light,” Baum said. Gilford placed an emphasis on seeking to bring glory to God and hearing the gospel within a tightly knit community of believers. During Baum’s time at PHC, the church grew from 50 to 150. Because several other PHC students attended as well, Baum got involved with the music ministry, and soon had an all-PHC music team.

During Baum’s senior year, he completed two pastoral internships with Pastor Mike McKinley. His last semester interning, McKinley asked if Baum would come on staff as a pastoral assistant after graduation. Baum started full-time at Sterling that summer. Baum met his wife, Janice, at Gilford in spring of 2011. They married August 2012 and now have two children, Jackson and Sarah.

During Baum’s time at Sterling, Sterling sent out three church plants, two of them Spanish-speaking churches.

“We see in the New Testament, especially after Christ has ascended, the way the early missionaries…spread the Gospel is [by] planting churches,” Baum said. “The church gathered is a special and unique witness to the gospel. The way that we love each other will show that we believe in him, that we’re his followers. The love that we show each other kind of makes Jesus visible and makes his love visible to the world.”

Baum agreed to become the primary pastor for another church plant effort in Western Loudoun County. To prepare for the plant, he completed a church-planting residency, which involved a lot of logistical planning, reading, writing, and teaching two years before the actual plant took place. He also attended Reformed Theological Seminary in McClean part-time and completed part of a Masters of Divinity degree.

After an interest meeting last spring, 28 members committed to constitute the core group of the plant. After that, they met every week or two to pray, hear each other’s testimonies, and do planning right up until the launch in August. 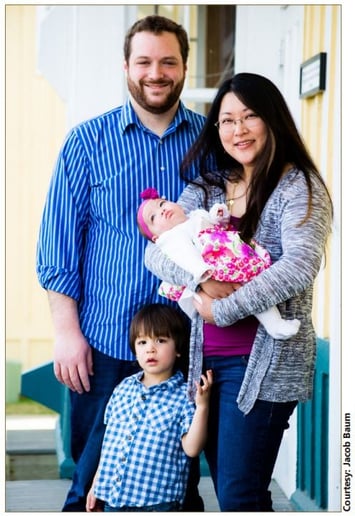 LVBC focuses its service around hearing Scripture. The service has Scripture readings, prayers that hinge on those readings, and worship both before and after the sermon. “The church grows spiritually through the work of the Holy Spirit. You hardly ever see the Spirit divorced from the Word of God,” Baum said. “If we’re going to grow, it’s going to be through the teaching and preaching and hearing of the Word of God.”

PHC senior Olivia Monroe’s family planted a church years ago. Now she is involved at LVBC in its beginning stages by serving on the music team. “For PHC students especially, the tendency to not take church attendance/involvement seriously is easy because we’re surrounded by chapel and a Christian environment all of the time,” Monroe said. “But God has ordained the local church to be the place where people are healed and strengthened through the preaching of the gospel. While the Christian community of PHC is a gift, it is not a church or a substitute for one.”

Senior Jordan Hughes has attended Sterling since his freshman year, but was never very involved. “I think the Lord is calling me into some kind of full-time ministry, so when I heard Sterling was planting a church in Purcellville, it was almost too good to be true.” He joined the core group from Sterling Park and attended the weekly meetings. Now, he’s an intern at LVBC.

“LVBC’s goal is to mature and multiply believers specifically in Purcellville; that’s a goal I can get behind and be involved in,” Hughes said. He helps with everything from leading worship, teaching children’s ministry, and arriving early and leaving late to set up and tear down.

However, Hughes thinks church ought to be more for students than just growing in one’s personal walk with God. Hughes thinks that finding mentor relationships is one of the best benefits of becoming more involved in church. “More than anything, it has been a huge blessing to be constantly reminded that life is not all about PHC,” Hughes said. “College is not a four year period that is totally separate from the rest of our lives. I’ve found it to be incredibly healthy to be involved in relationships that have nothing to do with college.”

Baum cautions students against supplanting church by only fellowshipping with peers. “PHC can provide spiritual accountability and spiritual growth, but Jesus died for His church,” Baum said.

“I would encourage [students] to join a church quickly and be fruitful in it,” Baum said. “Not only do they need the church, but the church needs them.”

Courtesy of The Herald.