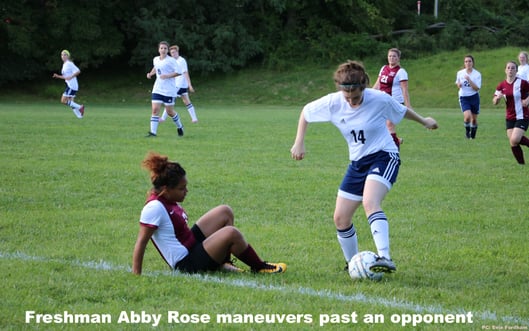 The Lady Sentinels are proving they deserve to be on the field just as much as any other team.

Despite starting the season with three losses, they're quickly improving, hoping to present stiff competition to rival schools. The Lady Sentinels will take the home field again on Monday, Sept. 18, at 4 p.m. when they face the Hagerstown Community College Hawks. The Hawks will pose a challenge, having won two of their three games, including a 4-2 victory over Christendom College.

“We are a work in progress with our eyes on the future,” said head coach Denise Beaty. “We have a core of players, and we will, with regular training, build into a cohesive team able to represent the college honorably.”

Madison Crawley and Hallie Skansi, the two captains of the Lady Sentinels, see this year as an opportunity to cement the competitiveness of Patrick Henry College’s women’s soccer  for years to come. 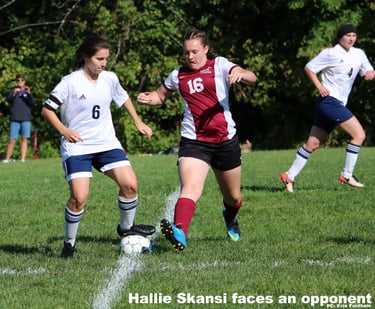 “The fans have made the games great,” Skansi said. “You hear the fans roar every time we get the ball past a defender, and that’s been one of the best parts of the games.”

The Lady Sentinels’ journey has not been easy. After losing several players from last season, Skansi and Crawley struggled to replace the lost talent and experience.

Despite the difficulties, the recruitment effort launched by Crawley, Skansi, and Marjorie Pratt helped the Lady Sentinels boast a roster of fourteen players before their first game against Christendom College. Freshmen Theresa Rowland and Grace McClellan played in the first game. “I wasn't really expecting to get to do a structured sport in college,” Rowland said, “so when I got the opportunity I was very excited.”

Although Christendom won the game 7-0, the Lady Sentinels proved they could hold their own against fierce competition.

“The first game was difficult,” Crawley said. “There was a lot of pressure. I’m inspired by the people who had never played the sport before who had the courage to play against Christendom in front of our home crowd.” 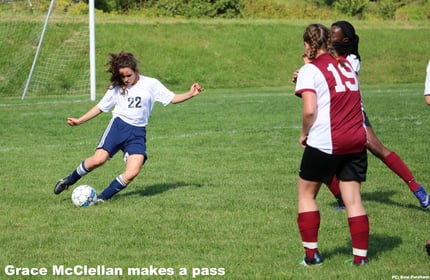 The Lady Sentinels faced yet another setback when they lost one of their captains, Madison Crawley, after she sustained a concussion during the Christendom game and was ruled out for most of the season. Their roster now only has thirteen active players, which means only two substitutes at most will be available for the rest of the season.

The Lady Sentinels still remain hopeful, in part because of the fans who attend their games and cheer for the team.

“Losses can be hard,” Crawley said. “But knowing the fans will still be there to support us is really amazing.”

While winning games is certainly a goal for the team, Beaty wants the focus to be more holistic, centering on commitment, building for the future, and finishing well.

“We have the potential to do well,” player Grace McClellan said. “Our coach is pushing us to improve, and we’re striving to do our best on and off the field. It’s more than just a game; it’s an opportunity to grow.”